I had the misfortune of being able to spend only an hour total on the internet yesterday between about 7:30 a.m. and 8:30 p.m. That made it really difficult to keep up with happenings in the world of metal, especially when so many things happened yesterday (as I later discovered). I mean, hell, even though I did manage to dash off a post about the new Fleshgod Apocalypse song, I couldn’t even listen to it until late last night. I blame my fucking day job.

There’s no realistic way I’m going to catch up, but I’ll at least make a stab at spreading some news I found interesting about some very good bands in the process of cooking up some brand new releases.

This news item is interesting for a couple of reasons. First, U.S. black metal band Krallice are spending a week in the studio this month recording three songs for a forthcoming split release. According to one of the band’s guitarists, the awesomely talented Colin Marston (also in Gorguts and Dysrhythmia), “all three songs we are recording are shorter than usual for us and perhaps display more diversity. One of the Mick [Barr]-initiated songs is potentially our busiest, ‘progiest’ song yet, whereas his other song is our most restrained and simple piece. My song for this recording is part three of a loose series begun on Diotima—”Litany of Regrets” being part one and “Telluric Rings” being part two. It’s on the dronier, more meditative side, but features very active bass parts. We should end up with a pretty compelling small collection of songs, and then … who knows!?”

Intriguing, no? But the second part of what Colin Marston had to say is equally interesting:

“The split was originally to be with Blut Aus Nord, but Vindsval—the mastermind behind BAN—has been putting out so many releases under that name that he decided maybe the split should be with a new project he’s staring, called Vjeshitza. Debemur Morti, who has released all the BAN albums over the last three years, will most likely be the label. That’s the plan, anyway.”

So, in essence, the split will be with a “side project” of BAN’s Vindsval which I didn’t know existed. And now I’m really curious to find out what the music will sound like. We’ll be keeping our eyes peeled for more info about this split. (credit to Disposable Underground for this report) 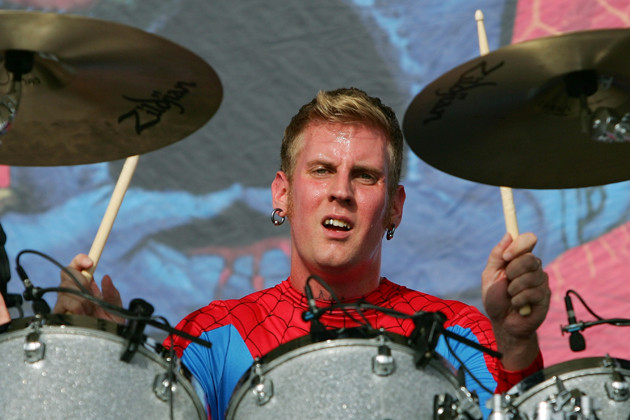 I saw an interview that appeared yesterday of Mastodon’s drummer Brann Dailor, which he gave at the kick-off concert of the Mayhem Festival in San Bernardino, California. It includes a small bit of updated news about Mastodon’s work on their new album. However, I wouldn’t call this hard news, more like murky news. I have a suspicion that Brann was already kicking back after the show when he gave this interview. You’ll see what I mean. Here’s the relevant excerpt:

You’ve been touring ‘The Hunter,’ but working on a new album. How far along are you guys on the new disc?

We’re doing demos and stuff. Putting things together, baby stars. Little nebulas. I feel the pillars are in place. The foliage is starting to come up and grow around the pillars, fill those pillars out with ivy, kudzu and different flowers and all sorts of strange plants. Prehistoric plants. That’s good. It’s green and brown. Starting to get good, I think.

Granted, this was way back in December when I saw this quote but I think Brent [Hinds] had mentioned it was sounding Radiohead-ish or maybe a little spooky? Have you taken it further in that direction or leaving it open to interpretation?

It’s all over the place. There’s some heavy hitters and there’s some — we just really love to be surprised ourselves. If we’re surprised then we know you’ll be surprised. We just look around for that. Almost like wandering through the woods looking for I don’t know, looking for something. I don’t know what it is but you see it and go, ‘OK cool.’ So, we don’t really have too much control over what it sounds like. We want to, we try to control it but it governs itself at some point as it starts to take shape, almost as if something else is forcing it, make it. I like that.

(The full interview appears at Loudwire.) 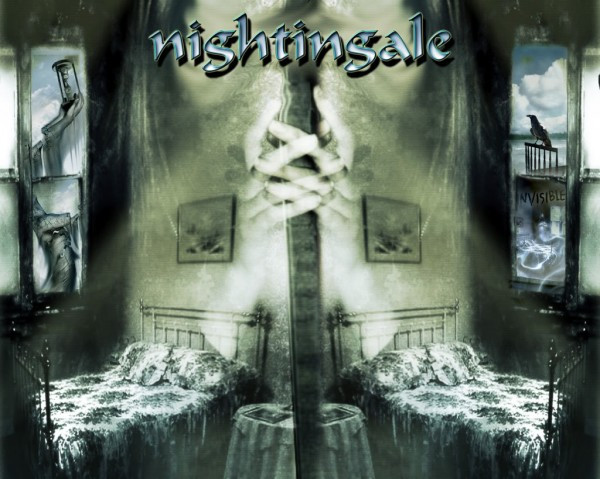 The remarkable Dan Swanö has been grabbing headlines recently with the premiere of music from his Witherscape project with Ragnar Widerberg (and if you haven’t heard the new song, you really ought to check it out here). But it turns out this isn’t his only step back into making music. Thanks to our friend fireangel (of the Night Elves Forest), I learned that this week Swanö began recording a new Nightengale album — the first one in 7 years. She also told me that Nightingale also now have an official Facebook page at this location.

Now, I wouldn’t exactly call Nightingale a metal band, but with the passage of 7 years it’s hard to guess what will happen with the music. For those who don’t know, this is a band that Swanö formed as a solo project in 1995 and it eventually came to include his brother Dag as well as Erik Oskarsson and Tom Björn. Should be interesting. 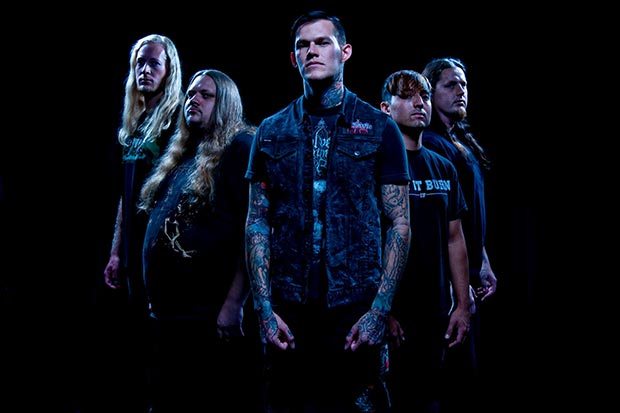 I got into deathcore back when it was coming of age. I’ve pretty much (but not entirely) outgrown the attraction. So have some of the bands who were in the vanguard of the deathcore movement, with Job For A Cowboy and Whitechapel being two of the most notable examples of deathcore progenitors who’ve moved into straight death metal. Carnifex took big strides in that same direction with their last album, 2011’s Until I Feel Nothing. And yesterday brought the news that Carnifex have now signed with Nuclear Blast.

To me, that’s a pretty clear indication that deathcore will be left in the dust of Carnifex history (along with Victory Records) as the band move forward. And speaking of moving forward, the same press release reported that the band will begin recording their Nuclear Blast debut this July at Audio Hammer Studios in Sanford, Florida with producer Mark Lewis (Arsis, The Black Dahlia Murder, Whitechapel). The album’s release is tentatively projected for sometime in the first quarter of 2014.

I guess I’ve used the word “interesting” or “intriguing” about 100 time so far in this post, but this news is . . . interesting.