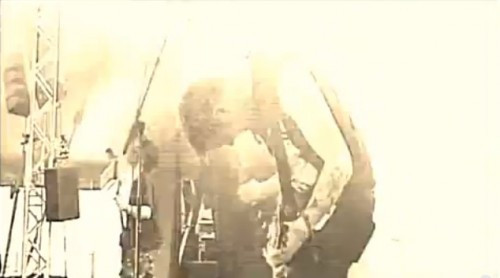 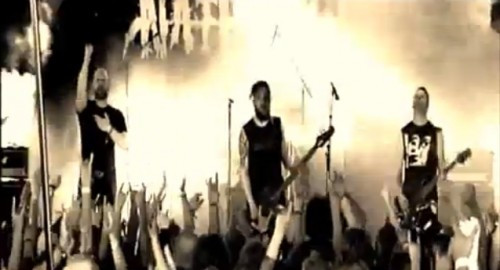 On July 6, 2013, Britain’s Anaal Nathrakh played the Roskilde Festival in Denmark. The entire set was streamed live over the internet and it was filmed for posterity as well. The band received a DVD of the show and they’ve been “tweaking” the footage to improve the audio and alter the visual appearance a bit. Tonight they uploaded the first clip to YouTube, and more will be coming.

The first clip is the very beginning of the set and includes “Drug-Fucking Abomination” from their 2011 album Passion. The visuals have been given a kind of grainy, sepia-toned quality, which looks very cool. The sound is just absolutely obliterating.

For those of you unfamiliar with AN, this is a good example of the band’s cross-genre conflagration, and an introduction to the four different vocalists who live in Dave Hunt’s body. For those who are already fans, you’re gonna love this.

There is only one way to listen to the clip — VERY FUCKING LOUD. Boost that volume ’til the goo comes out your ears and you feel your internal organs beginning to liquify. Watch and listen/liquify after the jump.