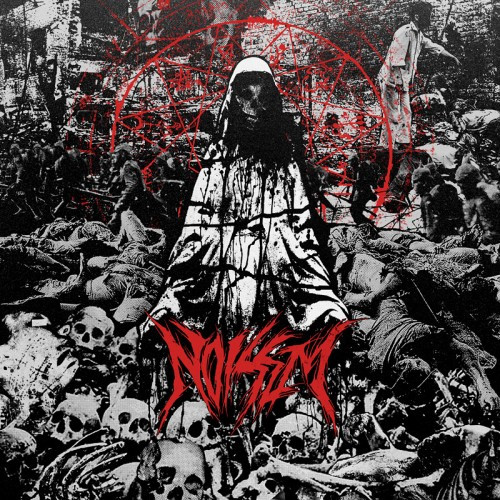 (Leperkahn returns to NCS with this guest review of the debut album by Baltimore-based Noisem.)

Not because of their music of course. I, like most of you, have become accustomed to music most would slander as dreadful, terrifying noise.

It’s because they are 20, 19, 18, 17, and 15 years old. I’m older than half of this band, and I’m still in high school. Meanwhile, these guys have crafted (or perhaps recrafted – this was released initially by a label called Black Mess Productions as Endless Aggression under the band name Necropsy) an album chock-full of some of the best thrash riffs of the year, and have just landed a tour supporting The Black Dahlia Murder. Makes me reconsider just what I’ve been doing with my life, to still be here as a mere blogger.

The young age of these Baltimore thrashers elicits some comparisons to another young-but-fiery band who hit the scene with a bang about a decade and a half ago – Poland’s Decapitated. Both feature virtuosic young guitarists who recruited their younger brothers to drum with dumbfounding speed and precision in their bands (in Noisem’s case, Sebastian Phillips taught his brother Harley how to play drums so that he could switch to guitar). Though Vitek understandably still holds the advantage over Harley, the younger Phillips still beats away at the skins admirably as the band tear through nine tracks of ripping deathrash in about 26 minutes, taking no prisoners and never looking back or slowing down throughout its runtime. 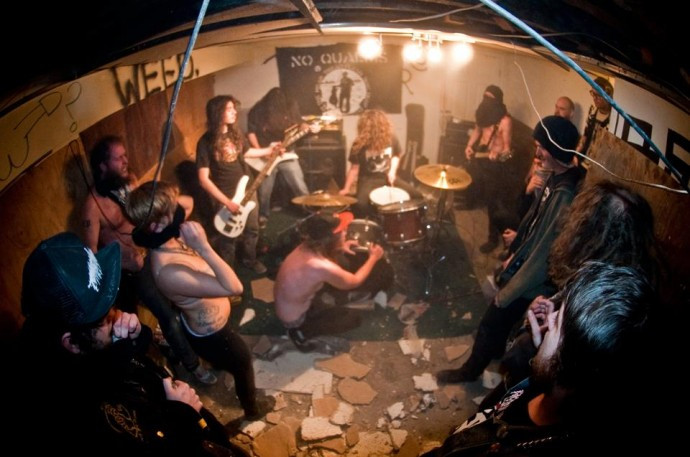 Opener “Voices In The Morgue” starts off with a riff that evokes latter-day Exodus before launching into a raucous mixture of Reign In Blood-era Slayer and early Deicide, before entering an eye in the aural storm, which in turn launches into one of the countless solos to be heard throughout this blazing disc. They finish off this cut with another chorus, which showcases the abrasive, tailor-made-for-deathrash vocals of Tyler Carnes, as he channels Chuck Schuldiner circa Scream Bloody Gore.

Noisem then launch into “Birthing the Bestial”, which brings out a little more Havok in the structure of the opening riff before descending into a whirlwind verse that features vocal phrasing from Carnes in the vein of Repulsion’s Horrified. The song then dives into a searing solo that evokes self-titled-era Deicide in its unchained ferocity and menace, which more or less constitutes the majority and ending of the song.

This leads the album to its shortest track, the 77-second tempest that is “Desire and Disgust”. This song’s extremely compact format further emphasizes the Horrified influence and vibe that was already seeping into Noisem’s sound, and lets it reign free and unconfined

I swear I’ve heard the opening riff to “Mortuary” in a Slayer song somewhere. Its familiarity and straight-up savageness help this song really stand out from the rest. The song doesn’t dwell on the riff for long though (granted, it doesn’t dwell on anything for long), as it moves into another Repulsion-esque verse, and then a Scream Bloody Gore-like chorus, and then another Deicide-y solo.

The rest of the record really doesn’t offer much new in terms of structure: most every song meshes together the kinds of influences described above in one way or another. But, with a winning formula like that, not to mention some Eaten Back to Life-like gang vocals (reminiscent of “Mangled” in particular) toward the end of the album, there ain’t nuthin’ broke, so Noisem wisely don’t fix anything. And with its terse 26-minute runtime, the formula doesn’t have time to get bland.

Noisem’s youth is their strong suit, manifested in the sheer speed and energy displayed in each and every song on Agony Defined. Could they become the next Decapitated? That remains to be seen. But, if they continue to channel their abundant energy as they have on this first offering, then their future sure looks bright.