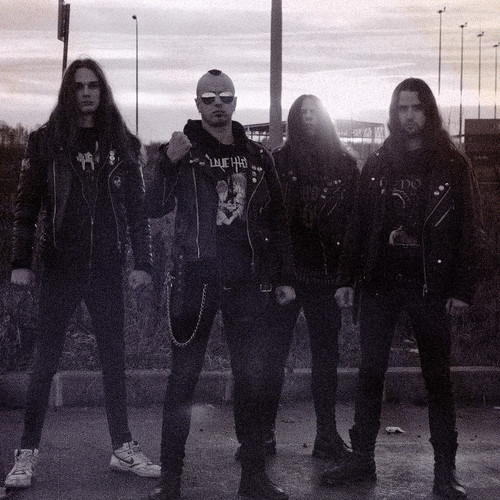 Over the last 36 hours, your humble editor has been preoccupied with matters of both great importance and trivial insignificance, i.e., one being Seahawks football and the other being the demands of my paying job, and of course you know which is which, am I right? While these matters were distracting me from the glorious world of metal, it turns out that a flood of new things swept through the byways of the interhole. At this point, I don’t have time to collect everything of interest that I found, but I thought I’d at least throw two of them your way, selected in order to provide contrast. I’ll round up the rest for a post tomorrow morning.

In June I reviewed (here) a new split by Pyre from St. Petersburg, Russia, and Entrapment from The Netherlands. That was only the second release by Pyre (it followed their 2012 EP, Ravenous Decease), but I was mighty impressed. And now I’m impressed all over again.

Today they released a new 2013 demo track called “We Came To Spill Thy Blood”. So far, I haven’t found that any of my own has been spilled, but the song certainly did accelerate its transit through my veins and arteries. The song reminds me of Wolverine Blues-era Entombed. It has that old school guitar tone, riffs galore, and rhythms that will get your head nodding and your feet moving. The vocals still remind me of LG Petrov.

Speaking of the vocals, people talk about vocal vomit, but I want to be more precise. Pyre’s vocals aren’t the kind of vomit noise you make at the beginning of a spew when the sound is coming up from deep in your gut. It’s more like the kind you make at the end, from the back of your throat, when you’re just about into the dry heaves and are kind of begging for mercy at the same time as you’re wretching. 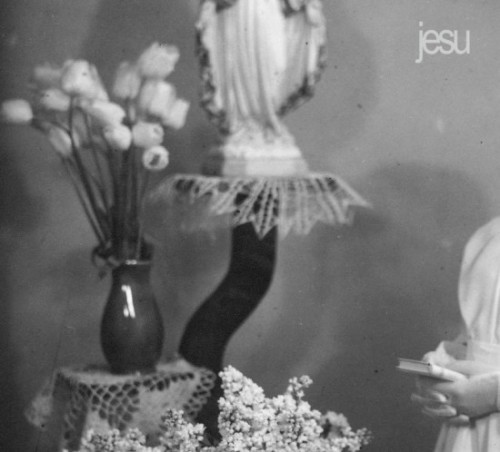 Justin K Broadrick has a new album coming in the guise of the project he named Jesu. The album’s name is Everyday I Get Closer To The Light From Which I Came, and it will be released by Avalanche Recordings on September 23. Today CVLT Nation premiered a video for a song from the album named “Homesick”, which I really enjoyed. The song debuted last month, but I missed it

The video suits the song. Nothing uproarious or especially dramatic — more subdued, meditative, and kind of beautiful. But don’t get me wrong, it’s also quite heavy. In the music, the earth rumbles ominously while clouds pass before your eyes. The drums pound powerfully, the bass thrums down in your gut, the guitar rings ethereally. JFK’s clean, clear vocals are subdued, and meld with the music without seams. Check it out:

4 Responses to “PYRE AND JESU”