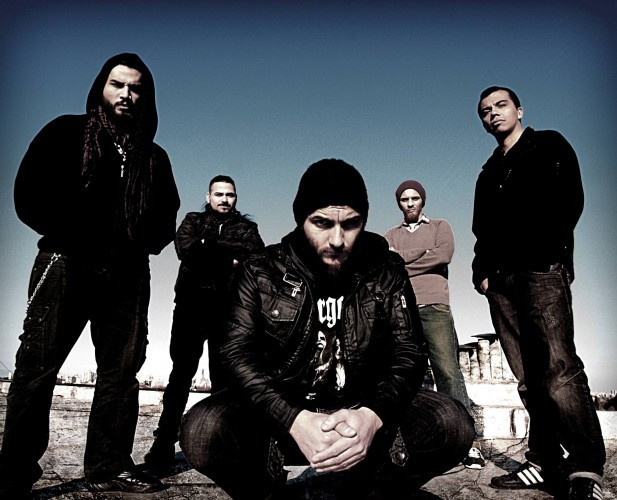 (In this milestone 40th edition of THE SYNN REPORT, Andy Synn reviews the discography of Argentina’s In Element.)

It seems we’ve reached another big round number in the annals of this column, and as a result I thought I needed to do something a bit special to celebrate. Because that’s just how I roll.

So today’s artist not only hails from Argentina –  receiving its first visit from The Synn Report – but they also offer all of their studio releases (3 albums and one EP) for free download over on their website! That’s right, if you like what you hear you can go straight over to www.in-element.com and download to your heart’s content. Though I’d appreciate it if some of you also bought some physical albums and/or merch, because they definitely deserve your support!

Formed in 2003 and releasing their first album in 2005, these Argentinian antagonists combine state of the art, cybernetically-enhanced melodeath with punishingly technical metalcore flourishes, vicious death metal vocals, and a glorious atmosphere of star-kissed, celestial ambience. 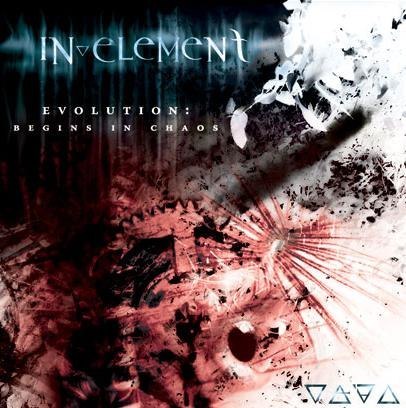 The group’s first album kicks off with the “Inward Gaze Definition”, a powerhouse display of crunching riffs and ethereal keys, as hooky as it is heavy, with a subtly cosmic vibe. It’s a suitably crushing introduction to the band, and one that sets the stage for just under an hour of hypnotic cyber-metal power.

“Architect of Chaos” is a more slow-burning number, a stomping piece of piston-like rhythms and ethereal, atmospheric guitar work – which periodically breaks into moments of stunning heaviness. “Useless Words” is a sub-3-minute blast of ravenous, robotic vocals and churning riffage, driven along by a barrage of furious, unrelenting drum beats, while “Follow The Dragon” brings the hammer down with its mix of pummelling drums, haunting guitar melodies, and stunning structural twists.

The punchy, pneumatic riffs of “Cyclos” are accented by an undercurrent of ambient, space-age melody, and it’s positively bursting at the seams with unrestrained aggression – from the pounding drum work to the raw and rabid vocals. It’s hooky as hell too, manufacturing an irresistible sequence of forceful riffs and headbanging rhythms.

“Cybergod” is beautiful brutality at its very best, an unstoppable cyborg death march of down-tuned guitars and laser-sighted drums, all deployed for maximum devastation. And speaking of “Devastation”, that song is deceptively named, as its stop-start guitars and snarling vocals (rough and aggressive as they undeniably are) are wrapped in a Magellanic cloud of swirling ambience and soothing melody – culminating in a soaring climactic solo.

The whole shebang comes to a close with the electrifying leads and punishing death metal riffage of “Through Your Eyes”, which matches destructive power with moments of stellar melodic clarity.

This is an album utterly brimming with potential, and one which rewards the listener time and time again with its precision bombardment of killer riffs and effortless metallic power. 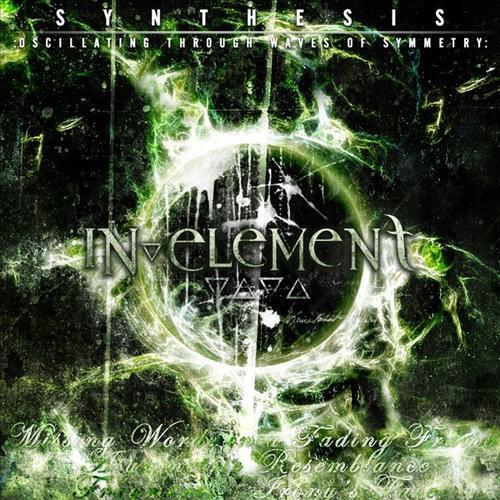 SYNTHESIS: OSCILLATING THROUGH WAVES OF SYMMETRY – 2006

The band’s first (and currently only) EP was a release of significant length in itself. Indeed, the inclusion of final track “Devourer of the Dead” (a ripping Avulsed cover) pushes the thing to nearly 40 minutes in total.

The songs, on average, are longer than those on Evolution…, with more digressions into full-blown ambient parts and oddly emotive clean singing. “Irony’s Face” gets things going with a brief piano introduction that is soon done away with in favour of the group’s trademark mix of post-human electronics and machine-like riffage. The heavy, death metal edge to their sound is certainly still there, low grumbling bass lines and teeth-grinding guitars clamouring for the listener’s attention, while the melodic keyboard embellishments and captivating leads add a sense of wonder to this rhythmic crusher of a song.

Following this, the odd, staccato riffs and prominent keys of “Missing Words In A Faded Frame” certainly make the song stand out, as does its oddly haunting clean vocal refrain. An unusual song, but a powerful one.

The juddering riffs and cosmic waves of melody which make up “So Dust We Are” mix hypnotic ambience with angular hostility, leading into the oceanic ebb and flow of “My Nature”, which moves between moments of gravitational heaviness and flowing harmony with patient, potent power.

“Fragments” is the last of the original songs on the disc, and it assaults the listener with its dense, twisted structure – a melding of lethal mechanised riffs and explosive drum work, with an undercurrent of haunting, eerie harmony.

Sample song: “So Dust We Are” 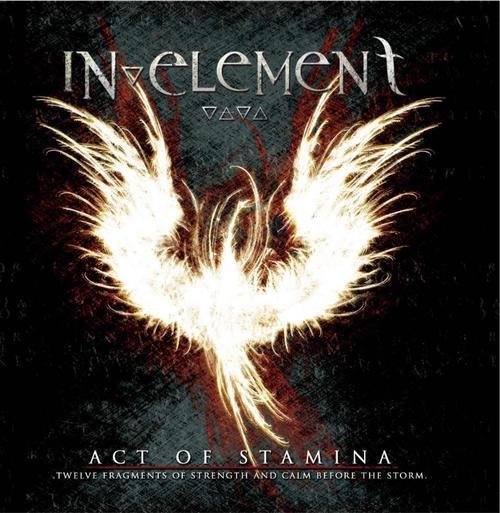 By the time of their second album the group had clearly tightened up everything from their songwriting to their production style, losing a touch of the rawness from their debut but gaining a new sense of purpose and power.

“The Lost and The Rotten” kicks in with a massive sense of groove and a piercing, insistent lead motif, before erupting into a furious torrent of belligerent, barked vocals and stabbing riffage. Energetic and elemental, the mix of punchy rhythms and gleaming melodic guitar work makes the song a hook-filled pleasure to the ears, without losing any of its drive or aggression.

The chugging heaviness of “As The Sun Went Black” reminds you that the Argentianian quintent have a core of death metal held close to their hearts, despite the song’s liberal use of soaring, transcendental melody lines, something only further cemented by the precision savagery of “Chasing The Wind”, a ferocious melding of mechanoid techno-thrash and stomping cyberdyne death metal, replete with moments of futuristic meditation and inhumanly precise drumming shifts.

The calm before the storm that introduces “The Element’s Fury” soon gives way to a mammoth procession of thunderous kick rolls and writhing, metallic contortions of sledgehammer riffs, whose violent nature disguises the rich depth of skill and songwriting that underpins the track.

This is followed by the high-octane melodeath assault of “Spiraling” and the controlled chaos and calculated demolition of “Repetition”, before the brief interlude of “Lapse of Reason” allows the album a moment’s pause to reflect.

“My Reflection” has an epic, spacey vibe that melds seamlessly with the weaponised aggression and pulsating heaviness of its detonating drum blasts and scything riffs, while “Facing The Storm” is an irresistible force in search of an immovable object, pummelling the listener with its staccato, syncopated interplay between flawless drum work and scalpel-sharp guitars.

Overwhelmingly powerful, artfully ambitious, and brilliantly memorable, this really is the sound of the band taking their talents to the next level. 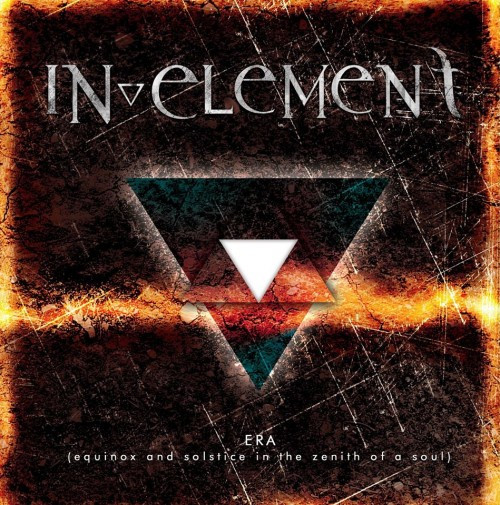 Released earlier this year, In Element’s fourth album sees the band return with an almost entirely new line-up, but one that continues the hyper-mechanical, futuristic sound that they’ve become known for.

“Crystallize” is a mix of full-force drums and streamlined, choppy guitar riffs that flirts with moments of gut-wrenchingly low, Meshuggah-style heaviness, all tied together by a the liquid melodic flow of the keyboards.

The ballistic, precision riffage and bone-jarring drum work which introduces “Asymmetric Resemblance” soon opens up into a series of monolithic, grooving guitar patterns and soaring, celestial lead parts, while the vocals snarl and growl with palpable passion and rage, topped off with occasional moments of clean-sung melody, as the whole song mixes the bestial and the beautiful in equal measure.

The martial, mechanical march of “Self-Conformist Delusion” soon transforms into a thrashy piece of up-tempo, technically twisted riffs and drum beats, complete with a touch of soothing ambience – something which “Black Depths” also possesses in spades, moving from its reflective opening into a seamless run of laser-sighted guitar riffs and punishing rhythmic shifts.

The glorious instrumental title track leads into the might and majesty of “Haze (Inner Blindness)”, the first of several re-recorded/reworked tracks from the band’s earlier releases, followed by the blinding melody and scintillating structure of “Let The Stars (Collide In You)”.

The other two re-done tracks are also impressive reworkings of songs from Evolution: Begins in Chaos — an even more devastating version of “Through Your Eyes” (tighter, stronger, heavier) and a truly gigantic and epic reinterpretation of “Architect of Chaos”, which transforms the song into a monolithic masterpiece of celestial death metal magic in order for it to serve as a fitting and phenomenal conclusion to the album.

Riff-tastic, atmospheric, technical and tumultuous, Era is yet another welcome surprise in the career of these Argentinian underdogs, with a sound more ambitious and grandiose than you would ever expect.