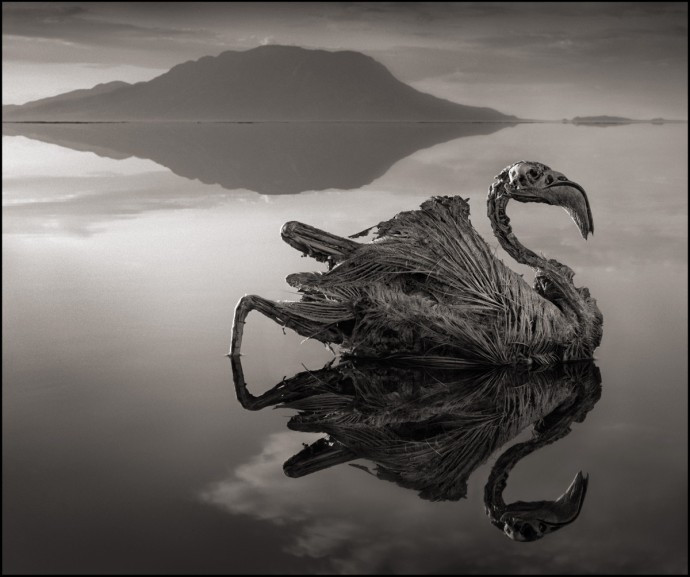 This isn’t a typical installment of our THAT’S METAL! series, in which we collect images, videos, and news items that we think are metal even though they’re not music. It features only one item. I had originally intended to save it for the next full installment, but it has been spread around the interhole so much over the last 24 hours that I felt if I waited, it would be old news to everyone.

The story originally appeared in the October 2013 print edition of New Scientist magazine, and then a couple of days ago it made it to the magazine’s web site. It’s about a lake in northern Tanzania (Africa) that turns animals into statues.

The temperature of Lake Natron can reach 60°C (140°F), but the real threat seems to come from the water’s high alkalinity (between pH 9 and pH 10.5). According to the article:

“The lake takes its name from natron, a naturally occurring compound made mainly of sodium carbonate, with a bit of baking soda (sodium bicarbonate) thrown in. Here, this has come from volcanic ash, accumulated from the Great Rift valley. Animals that become immersed in the water die and are calcified.”

Nick Brandt is a photographer who works in East Africa. His web site (here) is filled with amazing images, including a series of photos he took at Lake Natron over a couple of years, some of which were used in the New Scientist article. Visiting the lake, Brandt found dead, calcified birds and bats along the shoreline. “No one knows for certain exactly how they die,” he says, “but it appears that the extreme reflective nature of the lake’s surface confuses them, and like birds crashing into plate glass windows, they crash into the lake.”

Apparently, lesser flamingoes nest on salt islands in the lake, and then never leave, as the photo at the top of this post shows. It appears that Brandt arranged the calcified carcasses in poses for his photographs, so it’s not quite as if the creatures were frozen in place while perched. Nevertheless, the photos, and the story, are metal as fuck.

Below are photos (in order) of a songbird, a bat, a caped dove, a sparrow, another bat, and a fish eagle — all calcified at Lake Natron. Additional fascinating information not included in the New Scientist article can be found here. And more information about Nick Brandt and his work can be found on his page at Artsy.net, as well as at his web site linked above.

(a half dozen people messaged me about this story, but the first was Sylvia — thanks) 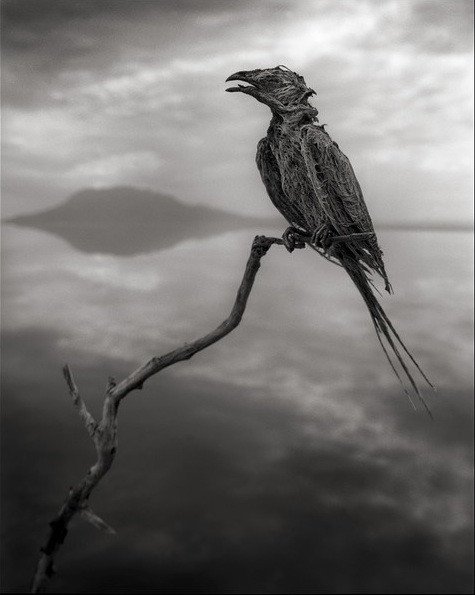 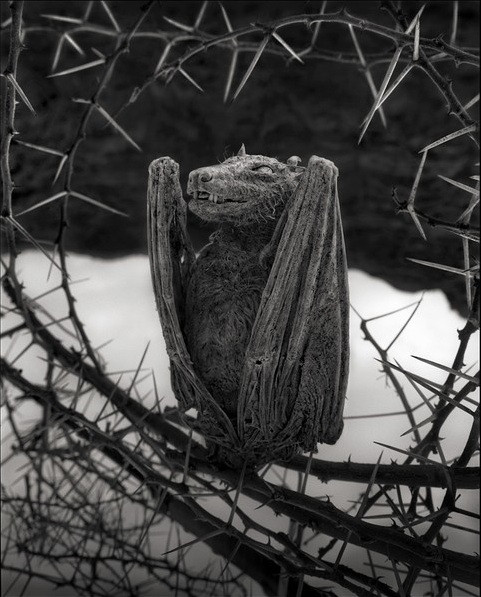 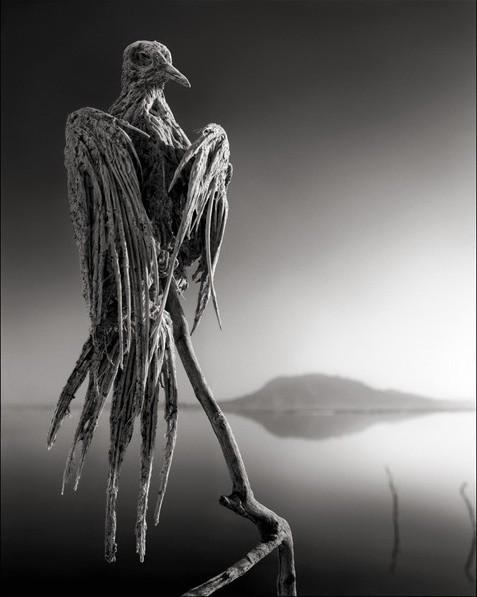 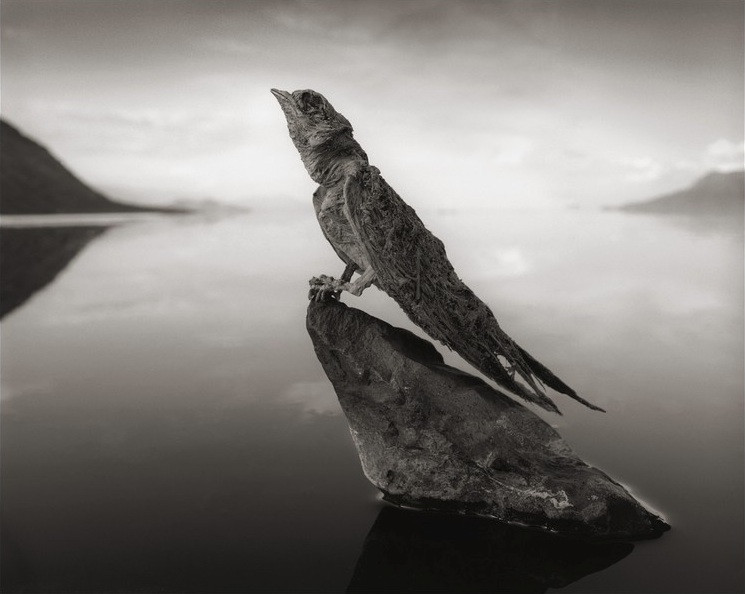 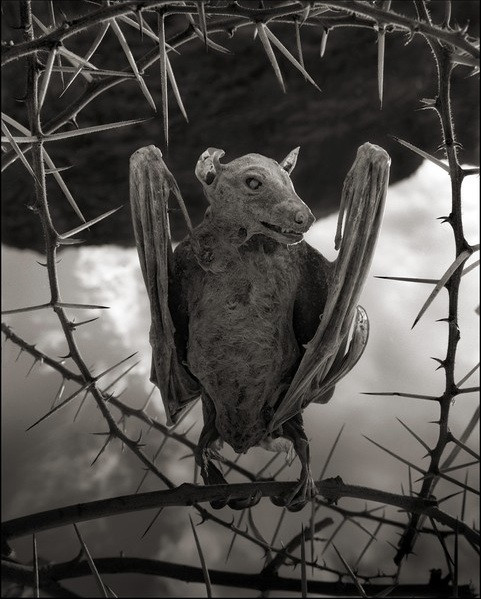 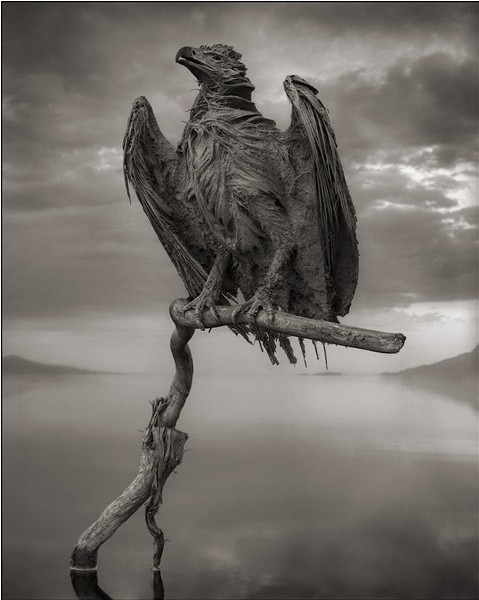