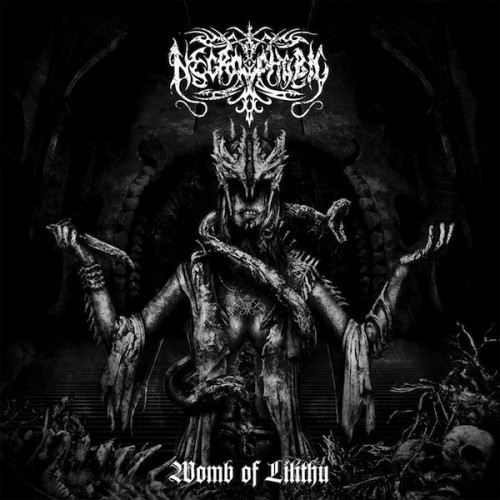 Sweden’s Necrophobic trace their roots back to Stockholm in 1989, right in the heart of an explosion of creativity when a uniquely Swedish brand of death metal was beginning to take the world by storm. Yet Necrophobic followed a different path. Along with Dissection (which was also formed in 1989), they began combining elements of death metal and second-wave black metal, helping establish the foundation that would go on to influence a multitude of other bands over the following decades.

Now Season of Mist is on the verge of releasing Necrophobic’s seventh album and their first in four years: Womb of Lilithu. Combining razor-sharp riffs, eerie melodies, progressive lead guitar work, and striking vocal variations, it’s a blend of the vicious and the spellbinding that will stand as one of the band’s strongest works to date.

Today we’re privileged to bring you a full-album stream of Womb of Lilithu. The album is due for release on October 29 in North America and October 25 everywhere else and can be pre-ordered here.

In recent months, the news of vocalist Tobias Sidegård’s conviction for assaulting his wife and his subsequent eviction from the band earlier this month has almost overshadowed the news about this album’s impending release. It would be a shame if his personal transgressions, which the rest of the band have condemned, deterred anyone from listening to and acquiring this powerful album. As you can now discover for yourselves, it’s one of this year’s true highlights.

7 Responses to “AN NCS PREMIERE: FULL-ALBUM STREAM OF “WOMB OF LILITHU” BY NECROPHOBIC”