(In this post we present our second review of the new album by Chapters — this one written by TheMadIsraeli — as well as the premiere of a combined song from the new album: “March of the Puritan/Arising”.)

This review comes later than I had planned. I was going to publish something I had originally written but it just didn’t convey the passion I have for this album.  Neither did I feel, in hindsight, that I gave Chapters their musical due, or rather, I was missing the target as far as what they do.  The thing is, Chapters channel a musical era of metal that I was passionately into and couldn’t get enough of.  The fact that a band like this existed when I discovered them back in 2011 excited me, and that excitement hasn’t waned one bit.  Their new album The Imperial Skies is one of the best releases of the year, no doubt, and it re-captures the excitement of a musical movement that unfortunately got trampled underfoot by the bullshit metalcore explosion that occurred from 2005 onward.

Chapters are, ironically because of their British origin, New Wave of American Metal.  I don’t say this solely as a matter my own speculation or opinion, mind you. In the friendships I’ve developed with masterminds Joe Nally and Angus Neyra, we’ve discussed this and they pretty much agree.  While they do draw influences from Death and from Bay Area thrash, it’s bands such as Shadows Fall, Lamb of God, God Forbid, Himsa, and early All That Remains who are the foundation Chapters have built upon.  Whether you want to call it metalcore (which I argue that stuff was) or not, Chapters fully embrace the thrash/hardcore/melodic death metal combination in which those bands fully entrenched themselves.

As such, you get all the expected elements: Melodic technical guitar work, driving emotive melodic passages, vocals with a great deal of passion behind them that sound like they’re being delivered at the risk of the vocalist’s voice, and beautiful acoustic interludes.  I eat this shit up, always have and always will, but Chapters deliver it exceptionally well, leagues beyond anyone else who’s tried to capture this sound since its heyday. 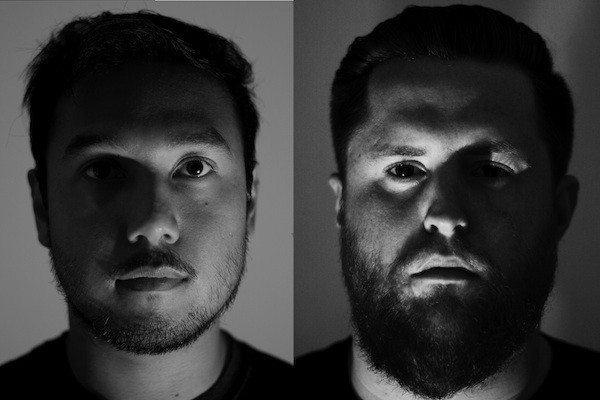 “I Will Reign Forever” is the Chapters ethic epitomized — constantly shifting song structure, ferocious riffing, lead work on virtuoso levels, drumming that remains aggressive but sticks to a tight tried-and-true approach, all while maintaining that equilibrium of hybridization I so value in my metal.  And the thing is, it is a first track that IS entirely representative of the album.  Yes, there are awesome surprises and twists and turns to come, such as the moments when the sound of strings spring up, but what you are getting is music that at the end of it all can only really be defined simply as metal.  It’s just good, just heavy, just visceral, and just intense.

I’m not going to try and write a review of this album as eloquent as Andy Synn has already done, but simply want to say that I love these guys and I hope that our readership will come to appreciate them just as much.  Yes, some of you guys might preconceive them as simply being a metalcore band, and mean that in a negative way, but for fuck’s sakes metalcore used to be the shit once!  Chapters are fantastic musicians and badass song writers, and I really hope to see the creative hive mind of Joe Nally and Angus Neyra go on to do even greater things.

Below, I’m not only posting the two singles the band have released already, but we also have the privilege of debuting for you a combined version of  “March Of The Puritan” and “Arising” (which is my favorite song from the album by the way — and together they really do function as a single song). So I hope you’ll enjoy Chapters, and that song in particular.  This is definitely an album of the year contender for those who are more melodically inclined in their tastes.

The Imperial Skies can be ordered here and it’s also available on Amazon and iTunes.  Find Chapters on Facebook via this link.