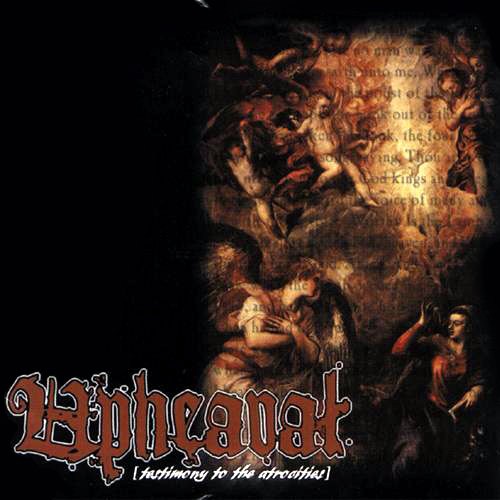 (Our supporter xBenx has compiled a series of guest posts, this being the seventh installment. Each one focuses on a different band that he fears may have been overlooked by the masses, and today the spotlight is on the long-departed Upheaval, from Indianapolis, Indiana.)

Here’s another borderline case; a band who purposely blur the best of several genres to concoct a distinct cacophony that will be nothing but complete noise to most. This is understandable, especially when an entity like Upheaval endeavour to be as abrasive as possible but without stepping radically outside their influences’ paradigms. Whereas their kindred spirits in Creation Is Crucifixion (will post about them separately) annoyingly dabbled with unnecessary electronic sequences, Upheaval didn’t push to create compositions that were completely impenetrable.

Instead, they deftly blended venomous strains of death and black metal with metallic hardcore that acknowledged, but never parodied, their influences. Despite their antiquity (first two tracks are from 1997), there is something timeless about these apocalyptic hymns, or maybe it’s simply the fact that I’m unable to renounce my past musical obsessions. See what you think and decide if I’ve been merely indoctrinated:

Upheaval – Laments of the Fallen Angel:

One Response to “OBSCURE BRUTALITY NO. 7: UPHEAVAL”