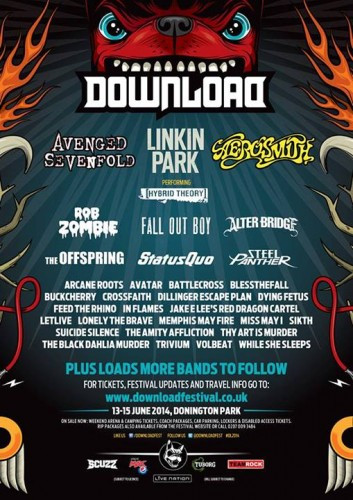 Are you like me? Do you shake your head in quasi-disbelief when you see the ordering of band names on posters for hybrid rock/metal festivals like the one above, which provides the latest line-up updates for the 2014 edition of the UK’s DOWNLOAD FESTIVAL? Way up at the top, you see that the headliners include the octogenarians in Aerosmith — and then only down below, almost buried in the fine print, you see the name SikTh.

I mean, considering that SikTh were an influential band who have been defunct for more than five years, the fact that they have reunited seems like the kind of news that deserves a little more prominence, such as perhaps placement on the same line as… uh… Fall Out Boy? Okay, maybe that’s asking for too much. How about SikTh on the same line as Jake E Lee’s Red Dragon Cartel? And no, I have no fucking idea what Jake E Lee’s Red Dragon Cartel is, though if they include actual red dragons, I’d be interested in seeing them.

In other news, it appears Linkin Park will be performing Hybrid Theory at DOWNLOAD. I might pay to see that, if only for nostalgia reasons, as long as Linkin Park promise not to play anything they’ve recorded since 2003.

Also, it appears the festival will also include Battlecross, Dillinger Escape Plan, Dying Fetus, In Flames (appearing on the same line as those red dragons and a rhino that needs to be fed), Thy Art Is Murder, and The Black Dahlia Murder (who just barely made the poster before they ran out of room). Not too shabby.

And finally, I would note that Suicide Silence are on the bill, which may be one of the band’s first big festival appearances since the death of Mitch Lucker and his replacement by Eddie Hermida.

However, I must say that as UK festivals go, this one is more my style: 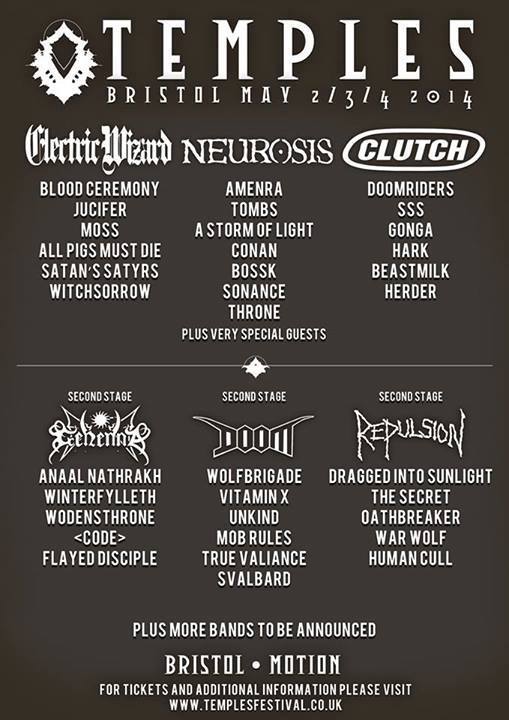 16 Responses to “STRANGE BEDFELLOWS: DOWNLOAD FESTIVAL 2014 TO INCLUDE SIKTH AND AEROSMITH”