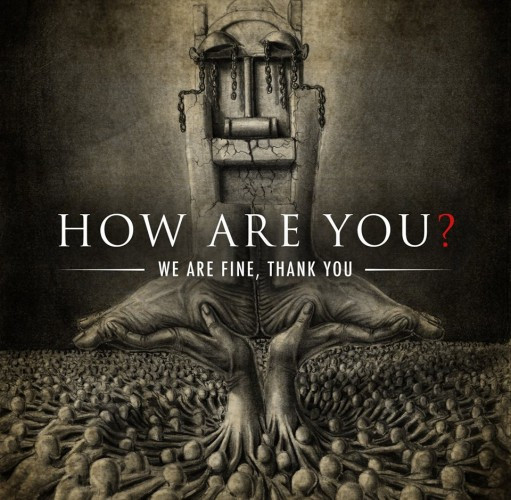 (In this post India-based guest writer deckard cain reviews the debut album by an Indian group named The Down Troddence.)

As the world turns a year older, as the cosmos realigns itself, as darkness dusts off its latest guise, humanity shall once again usher in a new age of depravity and violence. Sometimes faith is not always associated with religion, but in the gradual degeneration of the human race. 2013 bore witness to tyranny, unilateralism, despotism, and general wanton disregard. Just another page in the book of nations crumbling, economies entering concentration camps, diplomatic acrobatics, and brazen aggression. The passing of the year is just another point of reflection on human unity/irony. How we’ve all joined hands in lighting the fuse that burns ever so slowly, yet moving forward to that eventuality of lasting peace, with a scent of gunpowder.

But amidst all that unappealing chaos is this likeable and harmless variant. A manifestation of notes, tones, and patterns that has grown to become our lifeblood. Heavy music has forever kept our frustrations at bay and in a way made them enjoyable masochistically. It did so in 2013 and it will do it again in 2014, hopefully.

Despite listening to all those international releases, sometimes one does ache for something entirely homebred.

The Down Troddence’s debut album How are you? We are fine, Thank you, released on the very 1st of January, was understandably the first thing I heard this year. The band undoubtedly draws its name and ethos from the inimitable underbelly of the Indian classes, the lowest strata, the weak and the marginalized.  The country has always been a breeding ground of exploitation, slavery, and overt condescension which still rears its ugly head from time to time. And yet the land is a magnificent blend of cultures, beauty, and economic power. A dichotomy that evokes anger and admiration. A double-edged sword.

The band’s music addresses these, but in a more localized manner (from their city of origin: Kannur, India), through the eyes of the downtrodden.  Finding anger where it deems fit, they use it to picture and voice protest against several social issues, citing several local incidents, individuals, and iniquitous practices as a springboard to do so. What it calls for is a mishmash of different genre styles. But they primarily resort to thrash, groove, eastern folk, and a bit of that much despised (not here though) core.

The folk influences, specifically the indigenous art forms of Kerala (a State in India), hold a definite bearing on the record, and are in fact what truly keep the album afloat and make it sail. They manifest themselves as serene interludes, Carnatic leads, and chimes, and piece the rest of the music together. At the forefront of this rather tasty conjuration is lead guitarist Varun and keyboardist Sushin, deft at their craft. Vocalist Munz’s venom-laced delivery further invigorates the already charged-up lyrics. The rhythm section doesn’t do anything substantial for the most part, except for Nezer’s bass work, which can be heard rumbling away, at times prominent (checkout the track “Shiva”), reinforcing the grooves. 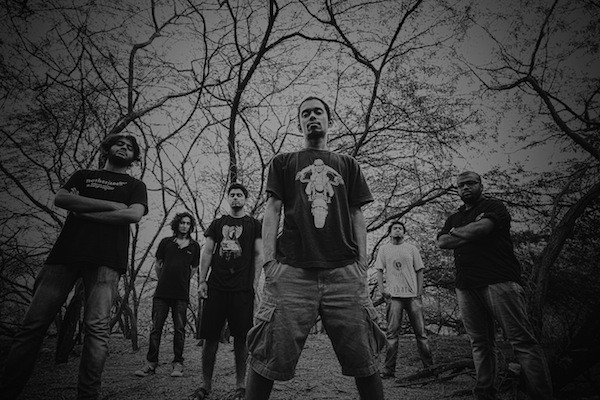 Nonetheless, there are a few personal qualms that I’d like to point out. For instance, the snare beat has a rather hollow, buffed-up sound, which is at times too much in the mix. That’s one issue I find with the otherwise above-par production of Keshav Dhar (of Skyharbor fame). In addition, there are a few tracks, such as “Hell Within Hell”, “Death Vanity”, and “KFC”, that for me falls a tad flat in terms of groove and general sensibility. They sound more like a tepid metalcore effort with the eastern sound almost entirely absent.

But tracks like “Forgotten Martyrs”, with its absolutely surreal and catchy-as-hell lead work, “Shiva”, with its war chants, “Nagavalli”’s crushing groove, and the ethereal closer of “Chaapilla”, are all laced with that ebullient eastern coating that truly does truly. It’s the reason why people will come back to listen to the album once the dust of an initial album release excitement settles down. And it is hopefully the way they forge ahead.

P.S. The album has some godly pencil-drawn artwork by Abhijith VB.

17 Responses to “THE DOWN TRODDENCE: “HOW ARE YOU? WE ARE FINE, THANK YOU””