The new song is named “Howl From the Coffin”. True to the band’s name, it sinks its fangs deep into the jugular with the kind of toothsome, rocking/thrashing riffs that hail from an earlier time and ravenous howls of gruesome glee. Hellishly good soloing, too! Listening is an electrifying experience that will conjure memories of feral death metal from the late 80s and early 90s.

Vocalist Hand Of Doom, guitarist Black String, bassist Command, and drummer Ratwing. have got the right stuff, and from out of nowhere this new album vaults onto our highly-anticipated list. Go to one of these places to light up your ear holes:

Vampire is due for release by Century Media on March 3. 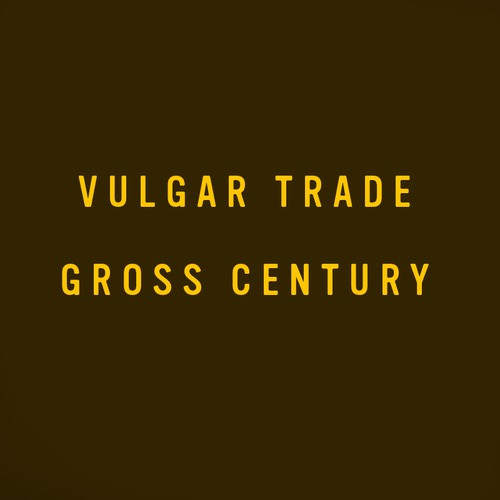 Vulgar Trade are a California Bay Area band whose demo, M/D/D, I wrote about last May. Those three songs were recorded live by engineer/producer Zack Ohren (Castle Ultimate Studios) in one eight-hour session, and they kicked my ass. The music ranged from slow, crushing, and discordant to fast and battering. Hammering fists, bruised knuckles, and loose teeth mixed with ringing guitar melodies that verged on post-metal. I thought it was an excellent discovery.

And so I paid attention when the band sent me a link yesterday to a teaser for their debut album, which bears the completely perfect title of Gross Century. The teaser is a song named “Violent June”. It doesn’t last long — just long enough to dislocate a few vertebrae with its hard-hitting licks, compulsive rhythms, and violent vox. It’s another promising offering of heavy, high-voltage hardcore fused with elements of crust and metal (and a hooky little melody) from a band still worth watching closely. 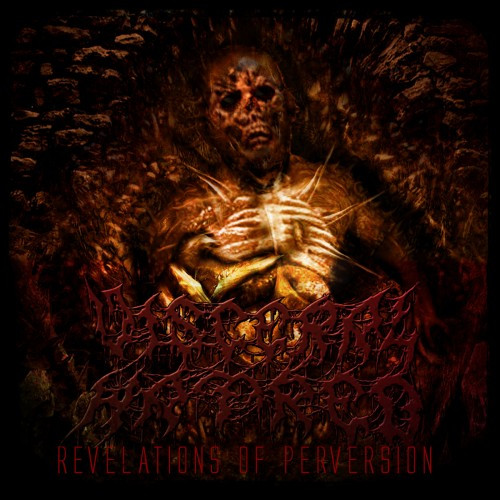 So there I was, sitting on new music from two bands whose names begin with “V” and wishing I had a third, and then fortune smiled upon me. Or rather, I got this message from my NCS comrade DGR about Visceral Hatred: “If you’re looking for gurgly, guttural, swampy, ugly, and disgusting one man dream machine death metal, this appears to be free. Seems like a one man project out of the UK, has two releases out within the last two months. Huzzah facebook surfing.”

And I would add, “Huzzah DGR”, because Visceral Hatred is viscerally hateful, in the best way. Those two releases are Revelations of Perversion, which was just released on January 22, and Brutality Through Defilement, which appeared in early December. Both are on Bandcamp and both are either free or “pay what you want”.

Of course, having just made this discovery, I haven’t listened to everything in those two releases, just a few songs from the newest one. It’s like a combination of being force-fed into a meat-grinder and then flushed into a sewer. Ugly, slamming riffs; uglier gurgling/belching vocals; guitar leads that squirm and writhe like a mess of gorging maggots. Sometimes you just want to be opened up with a rusty cleaver and watch your guts spill out onto the linoleum, am I right? For those special times, spin some Visceral Hatred.

4 Responses to “V IS FOR VAMPIRE, VULGAR TRADE, AND VISCERAL HATRED”