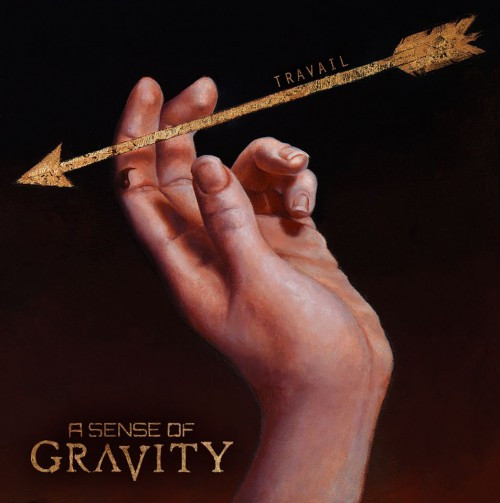 (TheMadIsraeli brings us a review and the premiere of a full-album stream for the debut album by Seattle’s A Sense of Gravity.)

A Sense of Gravity are a terrific band.  Composer and guitarist Brendon Williams has kept in touch with me for the last couple of years, allowing me to hear what they’ve been doing from their demo material onward.  I’ve loved everything he’s ever shared with me, yet I’ve refrained from mentioning them before, mainly because I wanted to see how they turned out. Finally they have completed a full-length.  Travail is brutal, dynamic, and full of twists and turns.  Imagine a cluster-fuck smattering of Meshuggah, Allan Holdsworth, Emerson Lake and Palmer, Scar Symmetry, and Extol, and you have A Sense of Gravity.

This album is diverse, with some songs driven by pneumatic ballet, some driven by pure caustic sprays of speed-powered hellfire, and some delivering pure, undiluted fusion-jam indulgences.  Travail has a great deal of fun contained within it, all while showcasing serious, intelligent musicianship at its core.  The twists and turns are many, producing a sonic labyrinth.  The album almost sounds like metal done by Jazz Fusion guys, as opposed to metal guys with jazz backgrounds, and that turnaround style-incorporation gives the music a unique vibe. 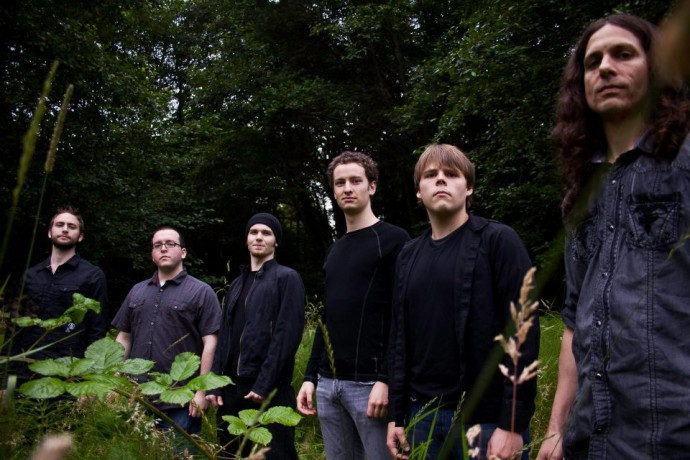 The vocals of C.J. Jenkins, both in his death metal sprays of hellfire and in his more mid-range power-metal timbre, are distinctive, particularly his clean vocals.  The guitar acrobatics of David McDaniel and Brendon Williams are technical yet hook-focused and their solos are absolutely drenched in an unadulterated love of fusion.  The cherry on top of Chance Unterseher’s bass gymnastics and Pete Breene’s dimension-shifting drum work only seals the deal.  It would also be a crime for me to neglect keyboardist Brandon Morris, who elevates the music’s fusion aspect with some wonderful solos and ambience.  He also delivers a few of the guitar solos on this record, usually approaching things from a faster, shreddier perspective.

The music within Travail just feels so thoroughly refined it’s ludicrous.  From the syncopated nuke that is the opener “Wraith”, to the spidery riff-driven dance of “Stormborn”, to the sonic meditation of “Trichotillomania”, Travail is truly an engrossing journey.

While some people nowadays will be automatically (and dare I say shallowly) turned off at the prospect of anything even slightly Meshuggah-influenced, A Sense of Gravity are up there with Textures or early Hacride in achieving success with polyrhythmic-driven prog metal.  The progressive groove metal elements combined with the more fusion-oriented and new-age schools of melodic death metal, in tandem with the straight prog metal incorporations, make Travail one of the best newcomer records of the year so far, if not one of the best 2014 has yet produced, period.

And so, with all that said, we have the privilege of streaming Travail for you all for today.  I hope you enjoy this record as much as I have.   I’m pretty much unable to resist heavily fusion-influenced metal of any kind, but this is a flawless record, with stellar musicianship and excellently crafted songs.  A Sense of Gravity has the “it” factor that produces great metal.

A Sense of Gravity releases on February 21. Pre-order on Bandcamp via the link below.

4 Responses to “A SENSE OF GRAVITY: “TRAVAIL” (A REVIEW AND A FULL ALBUM STREAM)”