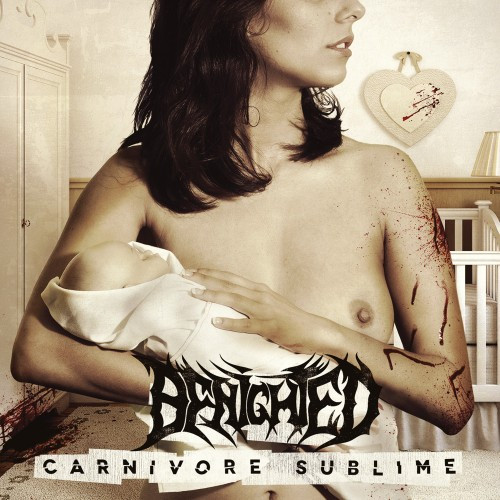 (Our man BadWolf reviews the new album by Benighted.)

Extreme metal musicians traffic in abrasion. Part of the music’s appeal stems from its opposition to the traditional harmonies of western musical tradition (which persist well into popular music). I believe the downside to abrasive, dissonant sound is that, much like spicy food or drugs, the human brain builds up a tolerance to it. Metalheads can grow tired of what normal people would consider highly abrasive music (say, Arch Enemy) and move toward even ruder sounds (say, Pig Destroyer).

But there is one sound that even the most dissonance-starved metalheads often cannot stand: the high-pitched inhaled shriek. The pig squeal. The bree.

Perhaps I am an unconscionable addict. Consider me a fan of the bree. And my pusher man into pig land is vocalist Julien Truchan of French brutal death outfit Benighted, whose new album, Carnivore Sublime, has rarely left my earbuds this week. Truchan’s vocal talent is formidable in all areas—he growls deep, shouts loud, and does it all while enunciating better than many vocalists claiming English as a native tongue. He transitions between all of these styles with the fluidity of mercury suspended in a vial. Then again, so do lots of vocalists.

What Truchan can do like nobody else is bree. Whether they serve primary vocal duty, or accentuate some other style, his shriek pierces through all levels of noise. The man has elevated the mating cry of swine into art, in the way Mariah Carey did with her falsetto on her song “Emotions.”

Yes, I am suggesting that we call Truchan the Mariah Carey of death metal. 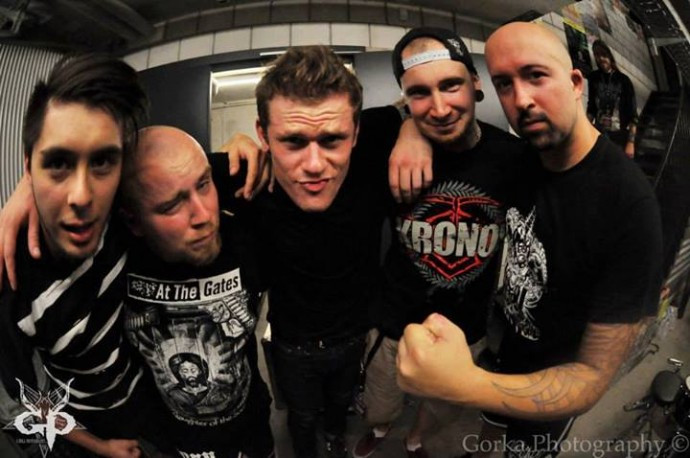 Only a talented band can support—and compete with—such a vocalist, and Benighted are more than up to the challenge. The group’s sound is rooted firmly in Carcass-inflected death metal. A typical Benighted song fills between three and four minutes with melodic riffs and numerous slam-and-breakdown-segments. While the individual members are all technically proficient, the songs never degrade into showboating. It’s a solid take on the death metal genre that has produced several good-to-great albums in the past few years (Aborted’s Global Flatline, and Benighted’s own Asylum Cave).

Carnivore Sublime doesn’t alter the Asylum Cave formula much. The songs still build themselves around one big hook (usually a huge Truchan vocal) and shred around it, the best example probably being the recurring “Nothing but decay!” counter-play that ends “Spit” (one of the strongest tracks on the album). Benighted have added a few elements to their repertoire, specifically the ball-busting gang vocals prominently featured in the lead single, “Experience Your Flesh,” and the opener “X2Y.”

Benighted’s sheer sense of voracity makes their take on the style compelling. A Benighted song careens forward like a test-flight rocket with a faulty engine. Their tunes take occasional breathers, like the tom-line-and-chanting intro to “Slaughter/Suicide,” but more frequently the songs sputter and hiss between more high-velocity segments. Carnivore Sublime feels like its trajectory could disintegrate any minute, and that’s the fun of it.

And fun’s the point on a Benighted album. While the band may have some sort of socially charged subtext to their lyrics, their work on Carnivore Sublime is perverse, and I don’t simply mean the nip-slip album art that got Benighted ejected from Facebook. There is a sense to their work that something more menacing, more twisted lies under the surface of it. That idea dovetails well with their barely-restrained take on brutal death metal. It’s not going to be heavy or technical enough for some, but Benighted, thanks to Truchan’s vocals and the group’s knack for hooks, make some of the most likeable brutal death metal out there.

Carnivore Sublime is out now on Season of Mist and can be ordered here. There’s a full album stream below, from Bandcamp, along with an official video.