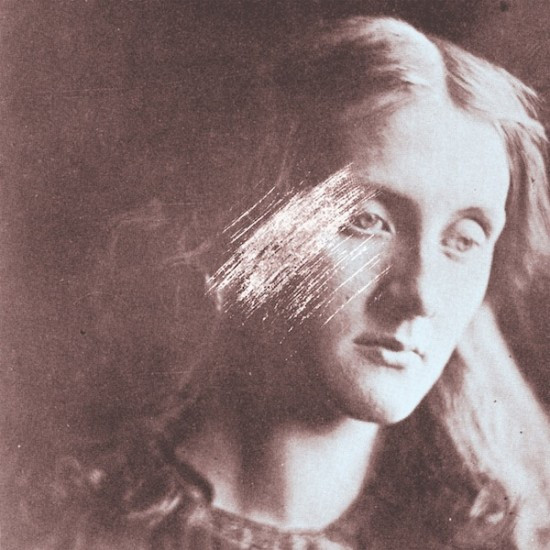 Thou’s new album, Heathen, has range, but it’s something like the range between the horror of death and an almost peaceful acceptance of its inevitability, between the looming cataclysm and a halting spiritual perception of something that will outlast it — or at least the lesson learned that the finite minutes we have now are worth seizing for all they are worth, and that it is pain which grounds us in what is important.

Heathen is this Louisiana band’s fourth full album and the first since 2010’s Summit. They haven’t been idle during the years in between, producing an assortment of EPs and splits along the way. But Heathen is a monolithic effort — an hour and fifteen minutes of music. It’s a lot to take in, and not simply because of the time required. It taxes your well-being. It drags you down. It’s so crushingly dark, so heavy, and so wholly engulfing in its doomed atmospherics that it ought to come with a warning to the emotionally fragile.

And yet just when you think you’re going to sink beneath the waves, Thou throw you a life preserver, a little something to lighten the load, if only briefly. The immaculate weaving together of those two strands — the sense of drowning and the grasp of a lifeline to the surface — that’s what makes Heathen such a compelling experience.

You could listen to individual songs from the album in isolation, and most of them would stand alone pretty well, but you would be missing so much. The staggering effect produced by listening to Heathen straight through is unmistakably an example of the whole being greater than the sum of the parts. Over the course of those 10 songs (four of which are longer than 10 minutes and one of which exceeds 9), Thou pull the listener into a trance. It’s like a ritual designed to purge the mind of shallow, fleeting thoughts, and open it to the message of grim new truths. In the words of “Feral Faun”, “We have been recruited in blood. And the blood sings.”

Through much of the album, Thou employ slow, warping, fuzz-bombed chords massive enough to bend space-time like a black hole at the bottom of a gravity well. The riffs lumber, they lurch, they pound, the effect magnified by concrete-busting percussion. They moan, groan, and ooze like blood gradually congealing in a bitter cold. Occasionally, they chug like a giant gear-grinding tank. Often dissonant and discomfiting, the music is bent on breaking you down. The vocalist sings of “sinking into the truest bogs and quicksand of urbanity” (“Into the Marshlands”) or proclaims “I am diminished in the presence of vastness” (“At the Foot of Mount Driskill”), and you feel it. 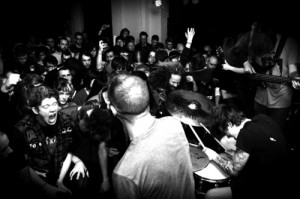 I use “sing” in only the most general sense, by the way, because the vocals come in a cracked, nerve-abrading snarl — a translation of agony, fury, and contempt.

The effect of those mammoth, static-shrouded riffs and the music’s despondent melodies is most powerful in the longest songs, and more powerful still when heard over the course of the album’s full length — but even the shorter songs are obliterating. Listening to “In Defiance of the Sages” (at “only” five and a half minutes) is like being caught in the middle of a demolition project, your lungs clogged with splinters and dry wall dust. The riffs are thick and ropey, like gristle in a tough piece of meat, and the vocals sound positively demonic. He sings: “The past is lost, the future unknowable. Only the present can be truly experienced, can be truly known.”

Those life preservers, when they come, are sublime — but not because they’re cheery. There is no joy on this album, but there are moments of peace: the soft, meditative acoustic melody at the beginning of “Feral Faun”; the reverberating solo guitar in the 46-second track named “Clarity”; the ethereal guitar notes, echoing and esoteric, in “Take Off Your Skin and Dance In Your Bones” (awesome name); the slow, shimmering ambience at the beginning and end of the long closing track, “Ode To Physical Pain”. 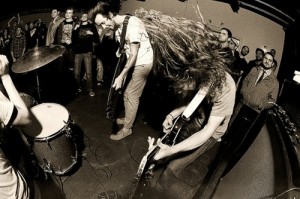 But if there is a synthesis of the album’s divergent strands — the physically pulverizing and the eerily dreamlike — it comes in “Immorality Dictates”. The song is a hybrid of hypnotic tones and alien melody, ghostly female vocals that come like the soft breath of sleep, and some very heavy fuzzed-out riffs that carry the music into post-metal territory. If this song were all you heard from the album, it might be a mis-direction, but it’s probably the one that could best serve as a stand-alone track. I’m really stuck on it.

“Agony, blessed Agony, your ever-present ache identifies unyielding vitality…. Seek comfort in endurance. Be consumed by struggle.” And so go the words in the album’s final song, but they might do as a message from the album as a whole. For all its demoralizing power, Heathen is unforgettable. For all the pain it delivers, it will pull doom fans back into the abyss again and again.

The Heathen CD will be available from Gilead Media on March 25; pre-order here. A vinyl edition (from Howling Mine) and a limited run of cassettes (from Robotic Empire) should be available at about the same time. There will be digital distribution as well.

I don’t have any Heathen music I can stream for you at the moment, but NPR will be streaming the entire album the week before, March 17-25. That’s the way to hear it.

Here is Thou’s official page, where you’ll find all the lyrics (they’re worth reading):