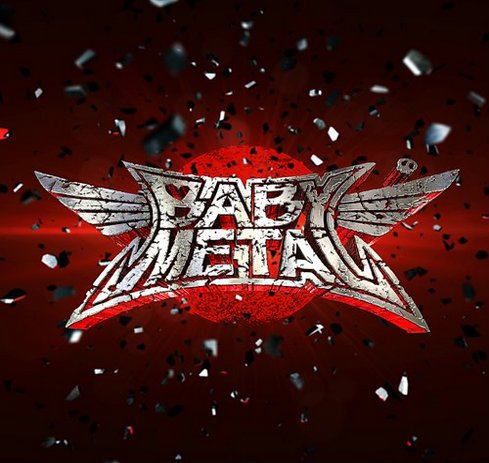 I don’t like Japanese idol music and J-pop. It’s probably one of my least favorite things out there. We often like to sit on our high horses and jaw all day about how all pop music sounds the same, how there are formulas and the artists are becoming so increasingly transparent that you can practically see the marketing department that put them together pulling the strings. Yet, Japan has been doing this for years with their pop music — consistently forming girl groups around gimmicks and novelty, as well as teaming them together in some unholy mish-mash whether they actually get along or not, singing talent aside. They’ve gotten very good at constructing groups and finding formulas and then hammering them into the ground. It’s everything I’ve despised about pop music, cranked up to eleven and made so obvious that you can’t even act like you’re being lied to. You like it because of those reasons. You know what you’re getting into from the get-go most of the time.

So when Babymetal were initially revealed — a combination of pop idol music and heavy metal, like a mad, unholy experiment consisting of throwing darts at a board to come up with another talent group to manage and grind into the ground, as if the girls weren’t human — the eye-roll was tremendous. And when the song “Doki Doki Morning” came out, the groans grew even louder. Yet, over time the group have morphed into something entirely different from the way they began, something that I’m not quite sure the management knows how to handle. 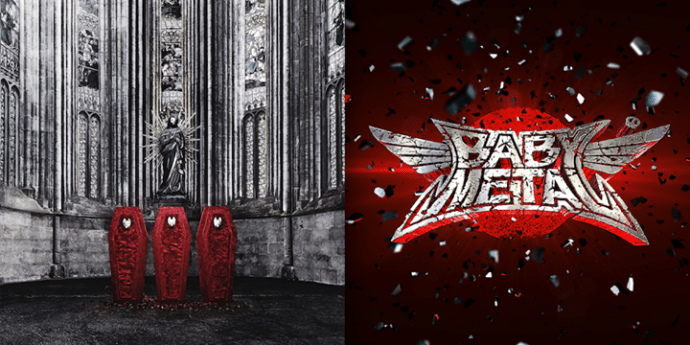 They get trotted out for marketing gigs all the time — including schlubbing it up for the Metallica movie that no one saw anywhere. But the music has gotten progressively heavier. Over time the band have worked more and more heavy metal into the music, taking Babymetal from some unholy mashup into an amusing and surprisingly competent hybrid of death metal, power metal, electronica, and yes, pop music to a lesser extent. Babymetal (The Album) exists in part as an historical document of this transition, as well as providing new material. As the group’s first official CD, Babymetal launches the band from a novelty with a bunch of singles to a group with an album — one about which we can now actually have a serious conversation.

Up front, you’re not going to see me slandering too much of the vocals here. Yui and Moa are both young girls and they perform on the disc as you would expect a young girl to. They’re not the main focal point, instead providing the occasional backing scream as well as some rapid-fire spoken parts and occasional singing. One of them actually raps, which is hilarious in its own right. The story behind Babymetal tells us they were offshoots of a bigger idol band, one of many groups formed by members of the junior class. I doubt any of these girls initially stated, “Hell yes, put me in the goddamned heavy metal band”, but they work damn well with what they were given and remain largely inoffensive. They actually have one song about Chocolate that has them sounding like something of a thrash group up until the chorus, with the two of them just barking out the lyrics.

Su, however, is the main focal point. She has some pipes on her and could easily front a metal band of her own. She really came into her own on “Megitsune” (a perennial NCS favorite, massive breakdown still intact) and throughout multiple songs manages to keep the spotlight on herself no matter what absolute madness is happening on the backing track. Lyrically, her vocals all come through pretty clear, though the lyrics are very simplistic. Trust me, if I can catch about twenty percent of the lyrics to the point where I get the gist of what you’re singing about with my three years of high school Japanese, then you’re probably not kicking out poetry. None of them makes an appearance on the song “Babymetal Death” though, other than to check in. That one is mostly buoyed by the backing band, and it is easily one of the heaviest songs on the album. 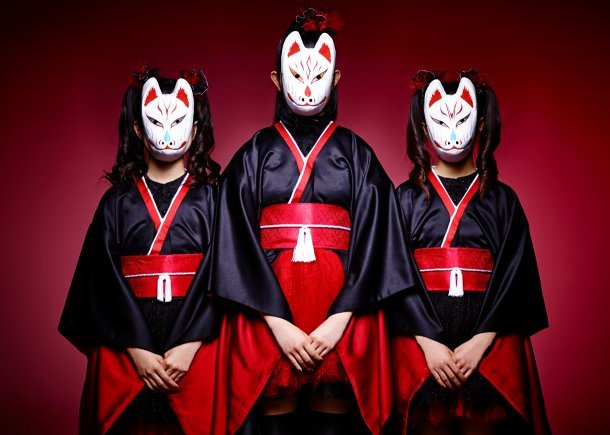 Babymetal’s backing band, as far as we’re concerned, are goddamned heroes and all-stars. The musicians in the back of the group really make things work on this disc. Considering that there is only so much in the way of vocals that can be done, they shoulder a lot of the work and pull off the herculean task of keeping the ship afloat. The guitar work on this disc is incredibly varied, and the riffs here are prescient. They seem to be aware of exactly when to throw in a super-heavy, low-end chugging riff and when to become a power metal group. The musicians try very hard to keep things traditionally metal — including adding solos. And you know what? The solo work on this disc is really good; all the tunes include some pretty goddamned sick guitar solos in the midst of the absolute madness that is happening in the rest of the music on this album.

The drummer on this disc kills it as well, seizing every single opportunity to slam in a double-bass roll or two or a gallop, alongside a heavy helping of bass blasts. With the sound so high in the mix, the drumming takes the band from being Idol music mixed with heavy metal to a crushing, heavy metal band. The rhythm section across the board does this, though, with the bass guitar galloping along as well.

There’s a vocalist on this disc as well, who isn’t Su, Yui, or Moa and whose identity I don’t think has been revealed. I like to think of him as the Harbinger — because the moment you hear that dude you know things are about to get profoundly stupid in all of the best ways. The dude brings on some of the thickest breakdowns, including a dubstep breakdown that could potentially challenge The Browning for dumbest mix of electronica and metalcore yet. The guy just dominates on the heavy metal side of things — like a conductor of an increasingly ridiculous show, steering the group through (I shit you not here) a ska section, a bass-heavy hip-hop section (with one of the hugest breakdowns right after it, the transition is nuts), multiple power metal sections, some deathcore gallops and chugging riffs.

Across the board, the band behind Babymetal are crazy people, and I don’t think the three girls in front have been informed. I hope this never changes because the musicians in this band make this group work. 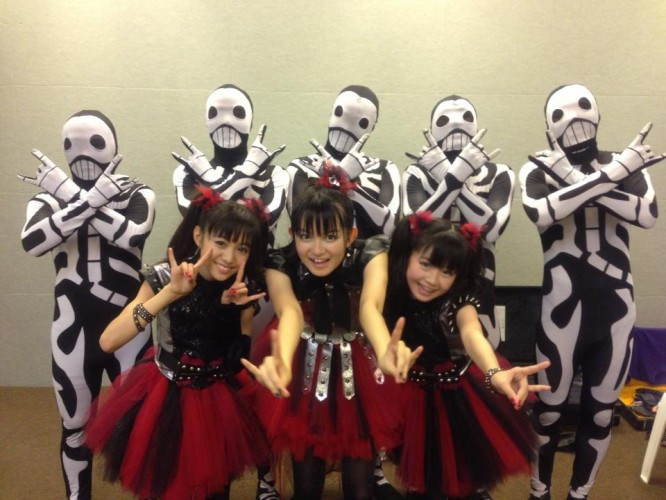 Long story short, you are not prepared for nor expecting what happens on about 90% of this disc. The tough question, after all of this, is where do Babymetal go from here? Do they go even more metal? Because stuff like this only works once. After they have become a known quantity, then we have something of an obligation to approach them as we would real musicians instead of a novel gimmick or some really odd mish-mash of J-pop and heavy metal that seems to work in spite of itself.

This disc goes to very weird places and shows impressive prowess on the part of all involved, musicians and vocalists, with multiple times throughout the disc that make a pretty good case for Su-Metal as a power metal singer in her own right. As noted, Babymetal exists as part archive of everything they’ve done up to this point as well as a modernization and a refining of their sound — which in some senses makes them feel like a real, legitimate group, as crazy as that sounds. Hell, they even managed to work the miracle of making “Doki Doki Morning” relatively tolerable — though it is likely bouyed by how crazy and off the wall the tracks surrounding it are.

On Babymetal, the group prove that they truly have no limits when it comes to songwriting, other than the likelihood that the pop idol stuff will remain in the mix. As you listen,  you can get a sense of the point in the band’s career at which the songs were written, because quite a bit of the music here is crushingly heavy, which I don’t think anyone could’ve predicted when the band first emerged.

You’re going to absolutely hate yourself for liking it, because as corporate as Japanese pop music and idol groups can get, this one has somehow stumbled on, and refined to a T, a formula that works really well. They have taken Babymetal from an amusing gimmick to something more, with some really catchy and really heavy tunes. If it makes you feel better, just pretend you’re on some sort of anthropological expedition when you inevitably get caught up istening to it.

Babymetal is now available on iTunes worldwide and on CD from the band’s web store.