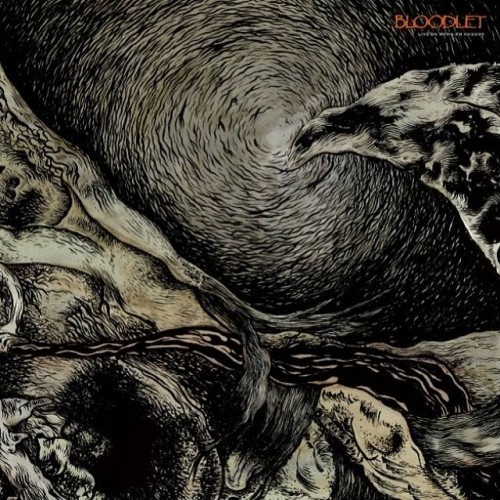 I intended to get this roundup posted yesterday, but obviously my word is no good. So it comes today

The artwork at the top of this post grabbed my attention. It was created by Aaron Turner (of Isis fame, and a prolific graphic artist) for a 12″ release coming on Record Store Day from A389 Recordings. The title is Bloodlet – Live on WFMU-FM (03.23.95), and as the title suggests it’s a previously unreleased live recording from about 20 years ago that was recently mastered for this release.

Bloodlet is a name I’ve heard before, though I can’t remember if I ever heard their music. They made a name for themselves in the 90s as a metallic hardcore band (long before the “metalcore” label came into currency). They’ve been on hiatus since 2003, but reunited to play the A389 Records X Anniversary Bash in Baltimore on January 18, 2014.

A389 is also planning to release a re-mastered double-vinyl edition of the band’s 1996 debut album Entheogen and a 7″ single for a recently unearthed 1994 demo track named “Embrace”. All three of these Bloodlet bloodlettngs will be available from Cobraside Distribution (Entheogen and “Embrace” are already available for order at Cobraside and at A389 —  here and here.)

Nothing is streaming from the live album yet, though there is a Bandcamp page for it. But I’ve embedded the streams for the other two releases below. “Embrace” is a free digital download. Those two are more than a trip down memory lane, because the music has held up very well. It’s battering and bruising, but it’s also very inventive and much more complex and unorthodox than you may be expecting. The creative bass and drum work especially jumped out at me. 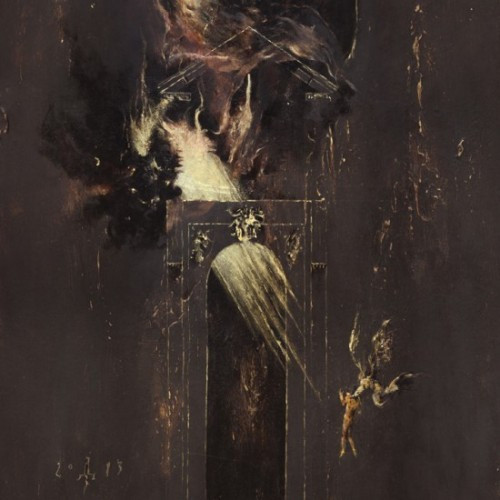 Speaking of eye-catching artwork, I decided to explore this next band’s music because of the wonderful cover for their new album, Temple Under Hell, which was created by the very talented Denis Forkas Kostrimitin.

The band is Erebus Enthroned and they hail from Sydney, Australia. Temple Under Hell is their second album and it’s due for release on April 2 by Seance Records, with vinyl to follow on April 31 via the World Terror Committee. Two songs have premiered so far — “Black Sword” (at CVLT Nation) and “Void Wind” — and I caught up with both last night (only later discovering that the promo has been sitting in my inbox for almost a month!).

Of the two, “Black Sword” is my favorite. Coincidentally, like those Bloodlet tracks above, the song features some really attention-grabbing acrobatic bass and drum work to go along with a hail storm of hatchet-faced riffs and vocal mayhem. The melody is pervaded by gloom and decay, doom and dismay, but it will worm its way under your skin and stay there.

I don’t mean to imply that “Void Wind” isn’t worth your time — I really like it, too. It has galvanizing, high-energy power (again fueled by that hellaciously good rhythm section), and whereas “Black Sword” shakes things up with a doom-drenched slow-down, “Void Wind” spices up the onslaught with some infectious rock-style riffing (right before it drops into an ominous off-pace section, too).

This is some very impressive and pleasingly creative black metal that I think will have staying power. I’m looking forward to the rest of the album.

This next item isn’t about a band or music. It’s a URL creator that automatically makes every web link more metal. It was created by Chris Grigg (WOE) and his friend Lauren, with Lauren handling the look and feel of the site and Chris wiring up the back end so it does what it’s supposed to do.

And, as noted, what it does is make any URL more metal. Chris was saved some of the time this project otherwise would have required by borrowing Invisible Oranges’ assembly of “The 100 Most Overused Metal Band Name Words”  — and if you haven’t seen that thing of beauty yet, go HERE.

When I plugged in the NO CLEAN SINGING site URL, I got the following result (and if you test it, you’ll see that it redirects to this site):

Needless to say, I was sold on the concept immediately. You can continue inputting the same URL and get different results if you don’t like the first one. Check it out here (and refresh the page a few times while you’re playing around on it in order to see all three of the logos Lauren created): 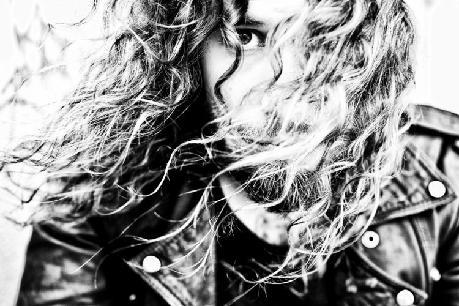 Selim Lemouchi passed away earlier this week at the age of 34. I haven’t yet found any official announcement explaining what happened, though Metal Archives is listing suicide as the cause of death.

Lemouchi was the creative force behind The Devil’s Blood and, more recently, Selim Lemouchi & His Enemies. Our man BadWolf interviewed him for NCS on the first night of the 2012 DECIBEL Magazine Tour, and introduced the conversation this way:

“Selim, the creative force behind The Devil’s Blood, loves to talk. His English really is eloquent, and, though it may not be clear from the interview below, he spends a great deal of time thinking before he answers a question. His responses echo the music he writes; both unfold in long passages that dwell on ugly subjects, but do so with lush beauty.”

When I first listened to a few songs from the most recent album by The Devil’s Blood in 2011, they didn’t immediately grab me. It took his death to make me give the music a second chance. This time I picked two songs from 2009’s The Time of No Time Evermore, an album from which I’d heard nothing before. After word of his death spread, the first one (“Christ or Cocaine”) was popping up repeatedly in Facebook posts by friends of mine and bands I follow. The second one — that album’s title track — I just found randomly.

I don’t know whether it’s because my tastes have changed in the last two years — though they definitely have — or because these songs are just more appealing to me than what I had sampled from The Thousandfold Epicentre (2011), but I like them a lot.