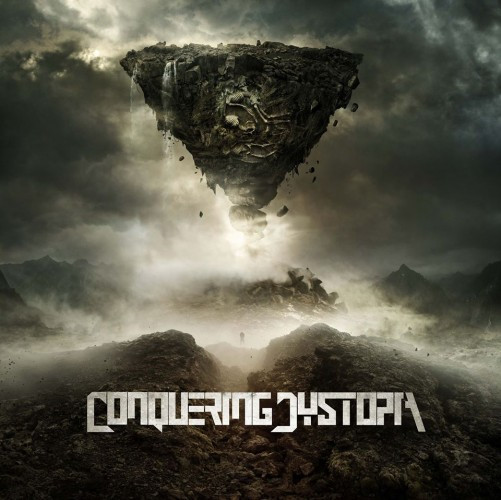 The instrumental metal conversation has perpetually carried a narrative that it’s inevitably dying, always about to reach its life expectancy, with no room soon to be left for it because no one wants to hear a bunch of musicians directly line-in to a PC and show off.  It’s amazing to me that in a genre that is partially, in some of its sub-cultures, built around technical proficiency, and sometimes excess, that such things are said.  Although to be fair, there is good reason for that narrative as of late, and it boils down to djent.  Djent, especially bedroom djent, nearly killed the instrumental metal market for any widespread appeal. You hear so many Axe-FX rich kids trying to compose generic, boring, ambient soundscapes with chugs — can you blame those who now shy away from instrumental metal?

The thing is, the idea that instrumental metal is an unwanted musical movement not worth exploring is just false.  We’re now seeing some of the best composers, both bands and solo individuals, putting out some of the most stunning material in years:  Mendel, Angel Vivaldi, Exivious, Blotted Science with their comeback a couple years ago, and most relevant for this review, Jeff Loomis with his post-Nevermore output and Keith Merrow.  Not only do these guys all write stellar music, I see educated fans slobbering over this kind of music a lot.  The problem is, we’ve been bombarded by so many bedroom djenters that the good music sometimes seems to be drowned out. 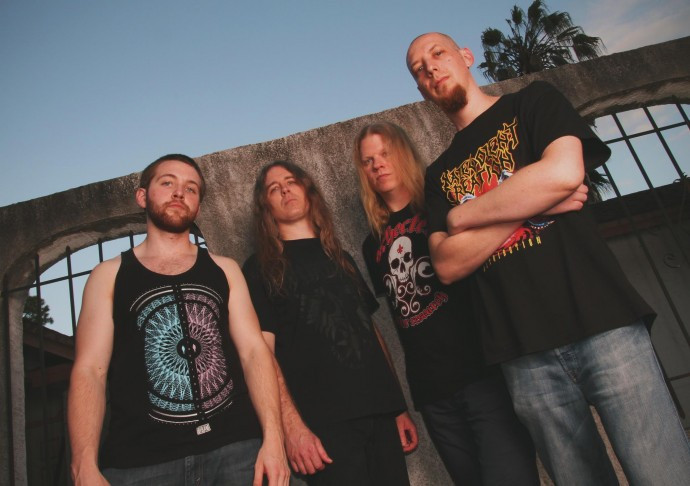 But that aside, what do you expect when a torrential virtuosic force like Loomis and Keith Merrow, quite possibly one of the best riff writers of the last ten years, team up?  This partnership came as a surprise for some, but when you analyze the styles of the two performers, this ends up making sense.  Perhaps in a rather obtuse way, their styles are two sides of the same coin, at least as far as riffs are concerned.  They’ve both had an affinity for technical riffs that have a rather serpentine quality to them, but Loomis and Merrow have always managed to remain distinct in other ways.

I think it’s fair to say that Conquering Dystopia’s debut is a record that was anticipated with rabies-mouth-froth in bucket loads.  Not only do you have Loomis and Merrow uniting, but they also recruited two mighty Alex’s — Webster and Rüdinger.  This is a huge album, both in its own right and for metal as a whole.  It’s a compositional masterpiece, an exceptional work of technical wonderment that flawlessly combines every influence and stylistic signature that Loomis and Merrow have ever displayed.  In the conversation about instrumental metal, Conquering Dystopia’s debut is the master’s thesis on the subject.

The decision to include Webster and Rüdinger might indeed seem strange to some at first.  You might expect this record to be a mostly melodic tech-and-shred show, but Conquering Dystopia has a lot of death metal brawn as well, and Webster and Rüdinger are groomed for that.  It does have melodic moments, a good amount of them, and it has a strong neo-classical influence in that Loomis way, but this music could have been paired with Akerfeldt or Alvestam abyss-swallowing gutturals and they would have been right at home.

The album really sounds like a musical representation of war — the screams, the machine-gun fire, the sound of tanks churning toward inevitable destruction. The album is intense.  “Intense” is really an understatement, although it’s the appropriate word.  The way that Loomis and Merrow’s riffing styles collide is almost unreal, and sounds as if these two have been playing together for fucking years.  It’s as if they think the same when it comes to metal, which isn’t totally unbelievable, but it’s certainly a rarity to find this kind of musical chemistry between two guys who weren’t personally acquainted only a few years ago.

The combination of blistering tech-death, groove metal, and yes, some venturing into melodic shred-fests, is something that anyone who is a fan of any kind of extreme metal could get into, though I have to admit that your reception to the technical excess, walls of melody, and downright filthy riffs will depend on how you feel about Loomis and Merrow’s musical styles — Conquering Dystopia is an unabashedly flagrant self-indulgence of who these two guitar-players are as musicians.  In fact, it’s quite possible that the album most fully represents what these two have ever been into musically, which only adds to the insanity of the chemistry they have together.  Neither’s stylistic self-indulgence ever feels misplaced, and somehow it all fits together so well.

I toiled much longer on this review than I should have, overthinking it, when the answer to what this review should essentially say was obvious:  This is both a Jeff Loomis and a Keith Merrow album.  If that idea sounds appealing to you, then this will probably strike you as one of the best instrumental metal albums ever written.  No fucking lie on that one.  I’ve been a fan of the music of both of these guys for a long time, especially Loomis, and for collaboration like this to happen was certainly an unexpected and awesome listening experience.  It’s an intense testament to the genius of both performers, especially as composers.  A lot of the music on here, if not all of it, is some of the best either has ever written.

Well worth the wait.  Instrumental metal indeed has a place.

Conquering Dystopia is out now and can be streamed and downloaded (in either mp3 or .wav formats) at the band’s official site — here. It’s also available just about everywhere digital music is sold.