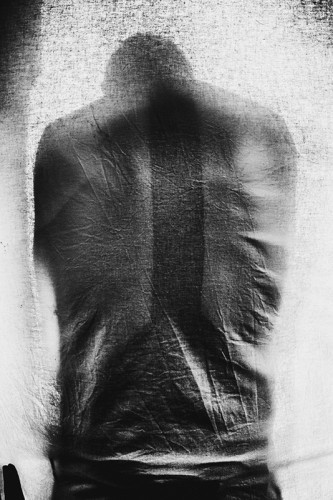 Belgian photographer Willy Vanderperre says he was inspired to approach the sludge/doom band Amenra (who are also Belgian) after seeing them play live in Paris. Vanderperre explains: “Growing up in the same area of Belgium as the band members—no one captures the vibe and the spirit of South West Flanders in music as they do. The sound transports me back there instantly…. For the video, I wanted to be almost on their skin, very close in a hypnotic way.”

And that conception for the video is captured in the film Vanderperre made for the 13-minute song “A Mon Âme”. With the exception of two very brief images, the video consists of mainly close-up shots of the band members stripped to the waist, lost in their own music and moving to it… swaying or headbanging against black or white backdrops (or sometimes staring pensively at the camera).

Much of the success of the video is attributed to Vanderperre’s success in getting the band members to lost the self-consciousness that most of us would feel if we were on camera. Granted, bands who play lots of live shows are probably more able to shed their self-consciousness than you or I, but these dudes really do let it all hang out, especially lead vocalist Colin H van Eeckhout, who’s on camera most of the time.

Some people will no doubt think the video comes off too “artsy”, but I enjoyed it. It helps that I like the song. “A Mon Âme” comes from Amenra’s 2012 album Mass V on the Neurot label. There’s a spare, barren, hollowed out ambience to the music as it ebbs and flows like a tide, and sometimes crashes on the rocks.

(I first saw the video on CVLT Nation today; it premiered at a site called Nowness. Watch it below.)

Amenra: A Mon Âme on Nowness.com 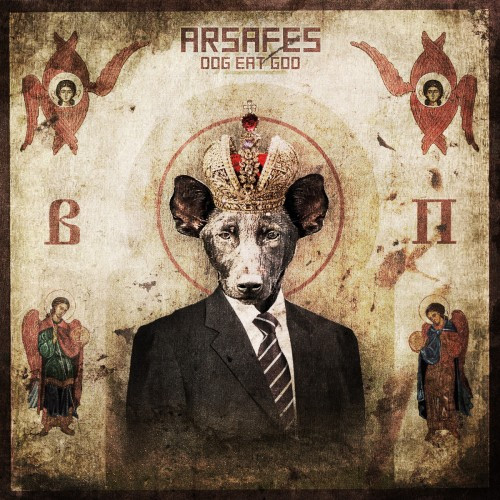 And now for something very different from that last song and video. What comes next is a track named “Dog Eat God” by Arsafes, whose work both as a solo artist and as a member of Kartikeya, Above The Earth, and Zmey Gorynich we’ve covered frequently at NCS. This new song will appear on his forthcoming solo release, Ratocracy.

“Dog Eat God” is a death/thrash stampede, filled with booming pneumatic grooves and slashing riffs, punctuated with bone-shivering bass drops. Feral howls proclaim the contemptuous lyrics while a slow snakelike melody makes its way through the jolting rhythms and into your head.

The song is available on Bandcamp for $1. Listen below.

4 Responses to “CONTRASTS: AMENRA AND ARSAFES”