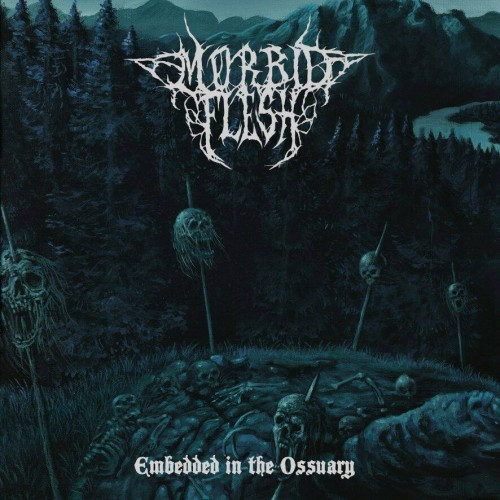 Spain’s Morbid Flesh are about to follow up their 2011 debut album Reborn In Death with a new EP — Embedded In the Ossuary — and in cooperation with Germany’s Unholy Prophecies, we’re bringing you a full stream of the EP, right here, right now.

I was already primed to like this EP without hearing a note, based on the grim cover art (by Javi Castaño) and the fact that the band includes members of two other excellent Spanish death metal groups — Graveyard and Insulters. My interest was peaked by the first single from the EP — “Charnel House” — which we featured in this post in February. As it turns out, the rest of the EP fully justifies all those optimistic expectations.

Morbid Flesh have a potent ability to unleash rampaging death metal in the vein of Dismember, Entombed, and Grave, with huge grinding riffs, punishing percussion, spitfire soloing, and cruel, savage vocals — all of which unite to create an atmosphere of dread and menace. But the band bring something more to the table as well. 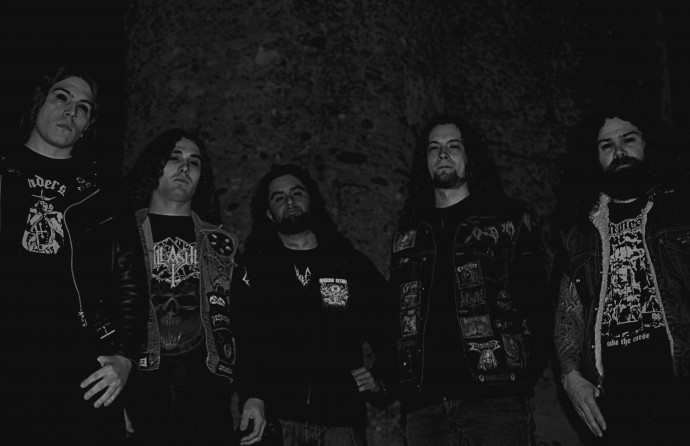 They also have an ear for memorable melody and a knack for changing course within the songs in ways you may not be expecting. There is an air of enveloping sorrow, doom, and decay in many of the guitar leads, even when the titanic riffs are doing their damnedest to smash your bones into dust. They wield their giant smoking chainsaws with skill and a vicious attitude, but they can serve up crushing melancholy with equal aplomb.

In a nutshell, this is first-class, old-school, Swedish-style death metal that deserves to be heard far and wide by discriminating fans of the genre.

Embedded In the Ossuary will be released by the Unholy Prophecies record label on April 15 and can be pre-ordered here. It was recorded, mixed, and mastered by Graveyard’s Javi Felez at his Moontower Studios in Barcelona, and it sounds tremendous. Stream this monster below.

3 Responses to “AN NCS PREMIERE: MORBID FLESH — “EMBEDDED IN THE OSSUARY””