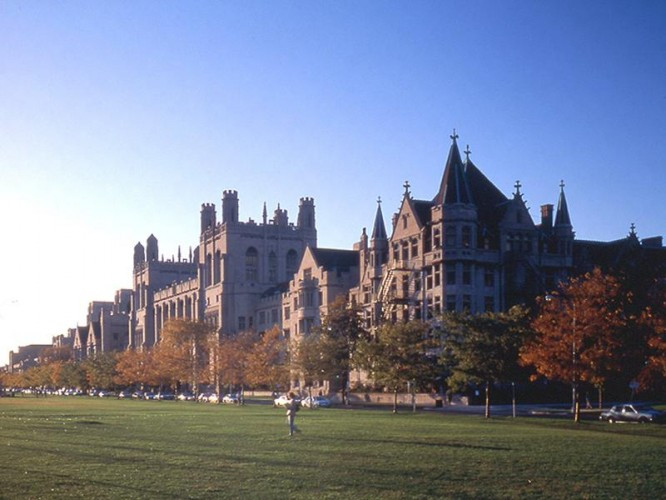 (NCS contributor Leperkahn shares with us the essay he submitted with his application to the college he will be attending this fall.)

I believe I’ve mentioned a few times here before that I’m still a high school senior (if you didn’t know, now you know). Thus, in the fall of 2013 I was more or less engulfed by the college application process, and the multitudes of essays that go with many applications, especially for those colleges that decide admission “holistically” (i.e., most of the ones I applied to). Most of their prompts are exactly the same, and evoke nothing but boredom and annoyance, such as the “describe an experience in which you had to come back from failure, and how it changed you” drek.

The University of Chicago, however, does it right, offering by far the most interesting (yet difficult) essay questions of any college I’ve heard of. The prompts an applicant had to choose from were as follows:

Essay Option 1: Winston Churchill believed “a joke is a very serious thing.” From Off-Off Campus’s improvisations to the Shady Dealer humor magazine to the renowned Latke-Hamantash debate, we take humor very seriously here at The University of Chicago (and we have since 1959, when our alums helped found the renowned comedy theater The Second City).

Tell us your favorite joke and try to explain the joke without ruining it.

Inspired by Chelsea Fine, Class of 2016

Essay Option 2: In a famous quote by José Ortega y Gasset, the Spanish philosopher proclaims, “Yo soy yo y mi circunstancia” (1914). José Quintans, master of the Biological Sciences Collegiate Division at the University of Chicago, sees it another way: “Yo soy yo y mi microbioma” (2012).

Inspired by Maria Viteri, Class of 2016

Essay Option 3: “This is what history consists of. It’s the sum total of all the things they aren’t telling us.” — Don DeLillo, Libra.

What is history, who are “they,” and what aren’t they telling us?

Inspired by Amy Estersohn, Class of 2010

Essay Option 4: The mantis shrimp can perceive both polarized light and multispectral images; they have the most complex eyes in the animal kingdom. Human eyes have color receptors for three colors (red, green, and blue); the mantis shrimp has receptors for sixteen types of color, enabling them to see a spectrum far beyond the capacity of the human brain.

Seriously, how cool is the mantis shrimp: mantisshrimp.uchicago.edu

What might they be able to see that we cannot? What are we missing?

Inspired by Tess Moran, Class of 2016

Essay Option 5: How are apples and oranges supposed to be compared? Possible answers involve, but are not limited to, statistics, chemistry, physics, linguistics, and philosophy.

Inspired by Florence Chan, Class of 2015

Essay Option 6: In the spirit of adventurous inquiry, pose a question of your own. If your prompt is original and thoughtful, then you should have little trouble writing a great essay. Draw on your best qualities as a writer, thinker, visionary, social critic, sage, citizen of the world, or future citizen of the University of Chicago; take a little risk, and have fun. 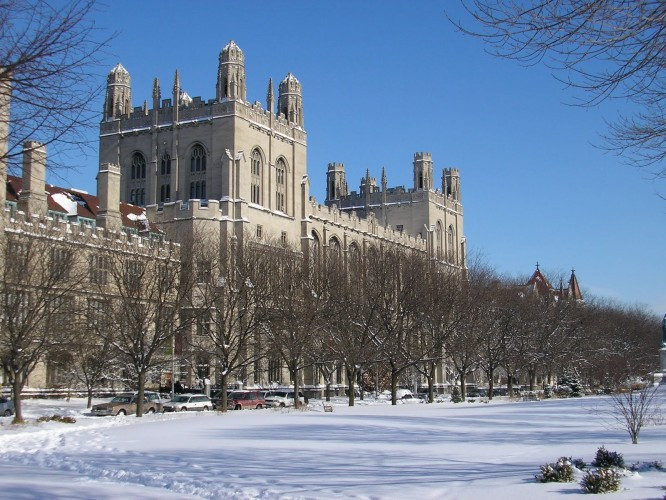 In my application, I chose prompt #5. The reason I’m posting this here is that I compared apples and oranges by explaining why each was “metal”. What eventually came out was a description of how I became a metalhead, and why I’m still one. I feel a lot of you might have similar journeys and stories; hopefully this lets you reflect on how you got this far into the underground metal scene.

Admittedly, this won’t seem terribly sophisticated to a metalhead audience; that’s because when I wrote this I was addressing the likely metal-illiterate admissions team at UChicago, rather than you lovely people (it seems they remembered my essay too: when I met my regional admissions officer at a reception for admitted students a couple weeks ago, he immediately remembered my name based on “that metal essay you wrote [paraphrased; I don’t remember how exactly he said it]”, and said that I had the most distinctive essay in his whole region (San Diego)). I also waited months to post this (I wrote it in August, I think) in order to avoid any misunderstandings that could lead to accusations of plagiarism.

On a happy note, I found out about a month ago that after getting deferred from their Early Action application pool, I was accepted to the school and will be starting there in the fall. This post will thus also serve as a call to those of you from Chicago and nearby areas to help initiate me into your scene, so that I’m not totally a lost kitten come September.

On that note, enjoy the incoherent musings of a high school senior below. 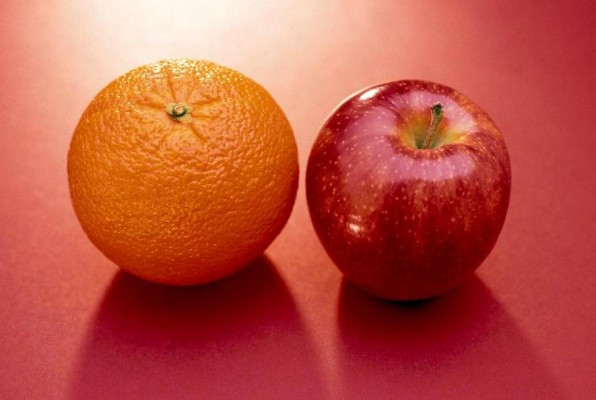 Apples and oranges, despite their inherent genetic differences, have developed one overarching cultural similarity: They’re both quite metal.

Let me explain. I don’t mean that in the sense that they both have healthy amounts of iron in their nutritional content, but rather that both have cultural connotations which allow them to be significant in heavy metal music’s lore, lexicon, and community.

Let’s begin with the apple. The metallic mettle of the apple has been smoldering for centuries, even millennia. In the book of Genesis, for example, it is the apple, which is cast as the “forbidden fruit” which leads Adam and Eve into temptation, upon the suggestion of the symbolic snake (itself an age-old representation of evil, and immediate flag-bearer for the metal genre upon metal’s creation). Since its inception, the genre of heavy metal has perhaps been the most consistent forbidden fruit of the angsty teen, even if its following was largely driven underground after the explosion of grunge and resulting implosion of “traditional”, “thrash”, and (thankfully) “hair” metal’s popularity. Further, metal hit what may be considered its popular peak after its merits were tested by the assault of Tipper Gore’s Parents Music Resource Center (PMRC). Her invectives inadvertently brought metal to its largest audience ever, as many suburban teens followed this newest forbidden fruit as a way to rebel against their parents. The same happened, to a lesser degree, when Senator Bob Dole condemned death metal band Cannibal Corpse during his presidential campaign in the mid-90s, which helped Cannibal Corpse become the best-selling death metal band for more than a decade.

The orange, in contrast, has a much more tangible, if younger, connection to metal.  It is the chosen fruit of a hand gesture popular among power metal vocalists and in tongue-in-cheek band photos, both of which are requisitely accompanied by a fiery gaze and the roaring facial expression of a pouncing tiger. In other words, “grasping the invisible orange”. To do this, and understand where its name came from, simply reach out one of your hands, palm out in front of you, so that it is at eye-level or higher. Then, imagine that an orange has been placed on your outstretched hand. Finally, dig your fingers into your invisible orange. To complete the effect, give your best angry grimace. You will then probably have to provide a stammered explanation to your coworkers, family, or whomever is near you as to exactly what on earth you are doing, but that’s half the fun, right?

The apple and the orange, in addition to their metaphorical connections to metal, also represent my journey and identity as a metalhead – why I came to this dark side of the music industry, and why I stayed.

Like perhaps many others, I was merely a tepid fan of music in my younger years, downloading a song or two every once in a while on the then-newfangled digital music emporium that was iTunes.  Yet Guitar Hero (specifically number III) changed that course for me: I discovered the merits of classic rock, and felt infinitely more fulfilled after each listen to Stairway to Heaven than I did to whatever rap song would have been at number 1 on the iTunes charts at the time. For me at least, this was something just a little off the beaten path, and with that I got the little taste of rebellion so many of us crave throughout our adolescent years. Soon though, the experience I got from classic rock became comfortable, and that left me with a craving to delve into deeper, darker, unexplored aural plains. This led me to Nirvana and Metallica, which married the songwriting sensibilities of the classic rock greats with which I had become familiar with a heightened sense of aggression that added freshness to the affair for me. Again, I was hooked, playing out Nevermind like there was no tomorrow. Yet, as was also the case with classic rock, I soon became too comfortable with most hard rock, and so I delved deeper down, from hard rock to entry-level aggressive metal, straight down to the depths of the underground. Each time I dove deeper down into the dark underbelly of popular music, I further puzzled most of those around me, with remarks wondering how I could stand “such noise”. By the time I had reached underground metal, most of my friends were utterly flabbergasted with how I could find enjoyment and fulfillment from someone yelling, screaming, and growling their lungs out at me at breakneck tempos that could often drain the music of all obvious groove and melody. Yet in metal, I was provided with my apple, my forbidden fruit, my rebellious dose of dopamine and adrenaline. 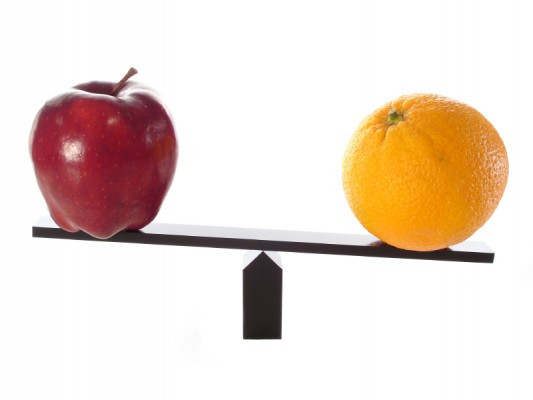 Though the apple lured me into the world of metal, I stayed for the orange. The invisible orange may have once been a serious gesture – its origins are not clearly known – but it has largely become a tongue-in-cheek maneuver as time has passed. Yet the metal community’s dogged support of the invisible orange, despite the scorn it endures, elucidates some of metal’s best qualities; most metalheads are surprisingly self-deprecating, and not afraid to poke fun at what is often their most fiery passion. The invisible orange represents the strong, tight-knit community you develop as a metalhead. Each one realizes that there aren’t many like him or her, and that we need to band together in order to make it. I know of no other music community that will passionately bellow out the band name on another metalhead’s shirt in passing. As violent as a mosh pit may be, for a metalhead it is merely a place to blow off steam, and a place of brotherhood and bonding. To that end, it is part of a metalhead’s unwritten code that a fallen man in a pit should and will be helped up, and that no one will be left behind in kinesthetically celebrating his or her undying love of the heavy metal genre. The metal community, we drawn in by the apple of temptation, provides a second family for our brethren, an audience to understand the love of sonic brutality and aural abrasiveness when no others will. And I am proud to count myself as a black-T-shirt-carrying member of that club.

Now excuse me while I go brandish the invisible orange in the name of Slayer.