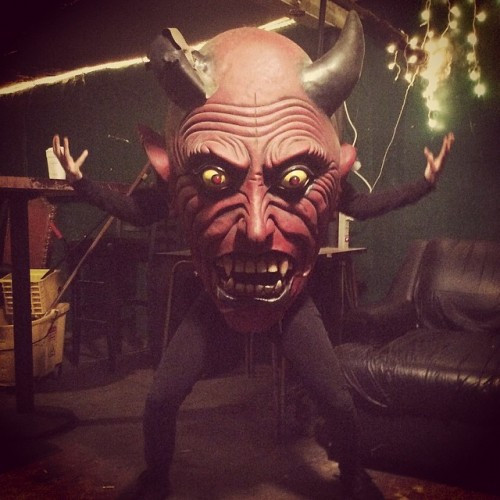 Between pulling my hair out two days ago because our site was down and then frantically trying to catch up yesterday with posts we had promised to do on the day the site was down, I haven’t been as on top of new happenings as I’d like. So, to catch up a bit, here are a trio of new-ish things I’d like to share. There will be another round-up later today.

My NCS comrade Austin Weber sent me the photo you see above. Hiding behind that absurdly large, absurdly metal mask is Mel Mongeon of Canada’s Fuck the Facts, putting on her metal face for a show in Chicago last night.

If you don’t know, the band have just begin a North American tour. Even without a mask of such epic qualities, Ms. Mongreon,  Topon Das, and their brothers in arms will still shake you to your core. Here’s the tour schedule as it now stands:

And in case you missed the video for “L’enclume et la mart eau” (from the Amer EP), here it is. Crushing. 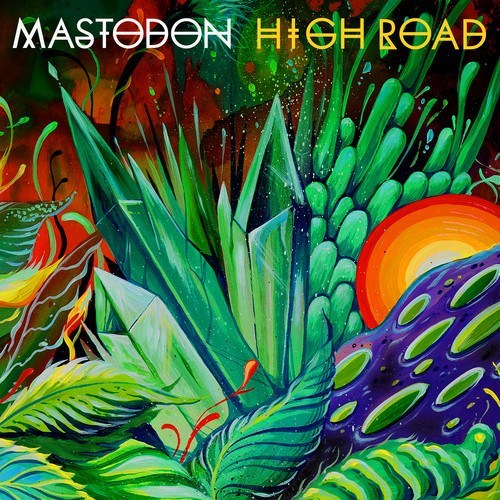 I guess there’s some advantage to being a day or two late with this next item. When I first saw the news that a new Mastodon song was on-line, it turned out to be a leak from a radio station. It spread like wildfire, of course, followed closely by label demands that the song be taken down. And then yesterday Mastodon went ahead and officially released the track for streaming anyway.

The song, which apparently will be released as a single, is called “High Road” and it comes from the next Mastodon album, Once More Round The Sun, which will issue forth sometime this June. I’m really liking this song. It’s built around a big, beefy, sludgy riff that will grab your neck and bounce your head like a Pez dispenser. Excellent (clean) vocal harmonies (and guitar harmonies), too. 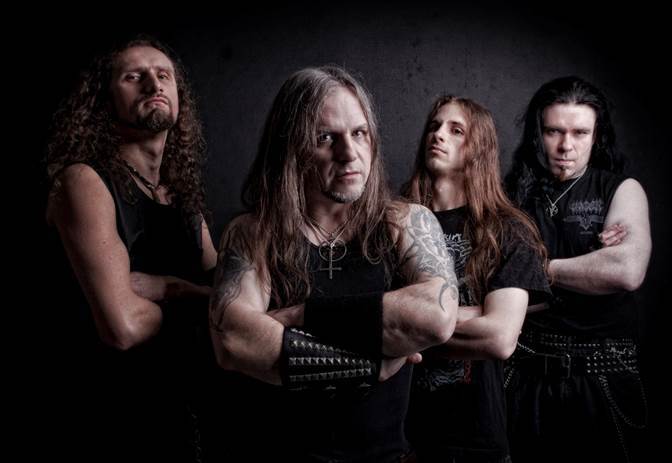 Poland’s Vader 12th studio album Tibi Et Igni will be released by Nuclear Blast on May 30 (EU), June 2 (UK), and June 10, 2014 (NorthAm). Two days ago the label posted a lyric video for one of the new songs, “Where Angels Weep”, which will also be included on a new single named Go To Hell, which is due for release today on digital and vinyl.

“Where Angels Weep” is unmistakably Vader, a crowd-pleasing slice of romping death/thrash. It breaks no molds, explores no new territory, isn’t as interesting as some of the songs on Welcome To the Morbid Reich, but whatever. It still kicks ass.

4 Responses to “SEEN AND HEARD: FUCK THE FACTS, MASTODON, VADER”