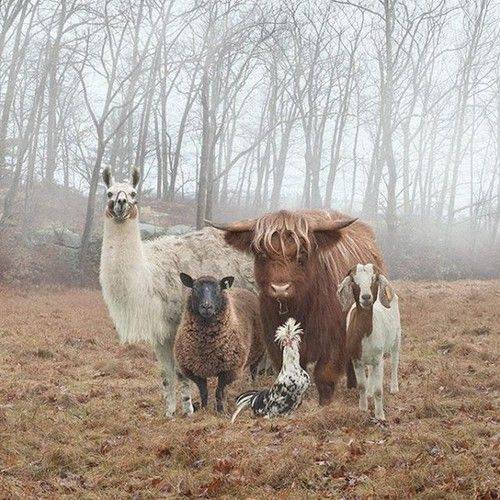 You and your metalhead friends.

It’s time for some hard truth (I’m not stupid — I save the hard truth for Saturdays because our audience drops on Saturdays). The hard truth is that you are most likely a big fucking geek. I can say this with confidence for four reasons. First, you can read. Second, you are reading a metal blog. And third, in all probability you are a metalhead. I’ll come to the fourth reason in due course.

Actually, the third reason is the biggest clue. I haven’t conducted any kind of scientific study, because I am not a scientist and studying sounds like work. Instead, I base my conclusion on years of first-hand observation. And what I’ve observed is that most metalheads are big fucking geeks. Not all, mind you. Some are career criminals. But even the ones who look like career criminals usually aren’t — down underneath their scary exteriors, they’re just geeks.

I suspect this conclusion would be greeted with disbelief by most people in the straight world, i.e., the people who look away quickly and increase their speed when they drive past the outside of a metal venue, because they think we’re ALL career criminals. But you know what I’m talking about, don’t you? And if perchance you don’t, I’ll assemble some of the evidence.

First, and most obviously, just listen to what metalheads talk about when they’re together. They talk a lot about metal, of course, but it’s usually a thoroughly geeked-out kind of discussion, littered with micro-dissected genre references, arcane one-upmanship displays of historical knowledge about albums that sold no copies and bands whose names have long been lost in the mists of time, assertions about the finer points of guitar tuning and whether those drums were triggered, learned critiques on album production values, endless vignettes about live shows, the size of their vinyl collections (a relatively recent phenomenon), and of course a crapload of jargon that would sound like Martian dialect to anyone outside the community.

Some conversationalists try to play it ultra-cool and some are almost literally bursting with enthusiasm, but either way the deep geekiness of the participants is vividly on display for anyone with eyes to see and ears to hear. No doubt, this is very similar to what archaeologists, botanists, and electrical engineers sound like when they get together for a few beers (do those people drink beer?). I’ve been in conversations like this when some unfortunate soul who knows nothing about metal happens to be pinned in place with no means of escape, and the glaze that comes over their eyes looks very much like the clinical signs of brain death.

This is not the casual passing of time. This is discourse of such intense fervor and such deep mastery of trivia that one would think the topic is only slightly less important than the human body’s need for 78% nitrogen, 21% oxygen, .93% argon, and — well, of course you probably know the names of the minor gasses as well. Because you’re a big fucking geek.

I used to work with a dude who had an expression for nerdy people like this. He would say, “I bet that guy had a lot of hobbies as a child”. The thing is, fully grown metalheads still have a lot of hobbies. Metal just happens to be at the head of the list.

And then we come to appearances. Like everything else I’ve written here, I’m going to generalize, which means I know there are exceptions, so don’t jump my ass for being unfairly… general.

When I walk up to a metal venue and catch the first glimpse of the crowd hanging around outside before doors or in between sets, there’s a little habit I follow with the person who often accompanies me to shows. I turn to her and say, “Ah yes, the beautiful people“. Because of course they conform to no one’s idea of beauty except maybe their own kind.

They’re almost all dressed in uniform — the black band shirt and the cargo shorts or ratty jeans, often accessorized by black hoodies or vests festooned with patches. There’s often a lot of hair, if not on the head then on the face, with the visible skin displaying a kind of sickly pallor, and a generally scruffy, somewhat unkempt aura hanging about them. Most look either underfed or overfed; there’s really not a lot of what medical schools would call ideal body types in the average metal crowd. And they tend to look very serious.

Many of these people look like badasses, even though they’re really not, and many just look… well, kind of awkward. Like the geeks they are (especially at folk metal shows). This just happens to be the kind of place where metalheads feel less awkward than they do most places, because they’re in the company of their breed. (Granted, there are indeed some handsome men and some beautiful women in every metal crowd, though you may have to look closely to find their allure).

This is one of the great ironies of metal culture. People outside the community probably think many metalheads look like refugees from a biker gang, which just goes to show they’ve never actually met a member of a biker gang. But in fact most of the people you meet at shows are the gentlest of souls (except the ones who are mean drunks or had a more-than-usually-rotten day), some of them shy to the point of catatonia in the presence of people in the outside world, even if they’re big and boisterous when the amps come to life. The music is often harsh, aggressive, and littered with depraved lyrics about violence, death, and occult abominations, but the musicians and fans are mainly a bunch of pussycats. Skittish, geeky pussycats.

When I began this piece I said there were four reasons for concluding that you are most likely a geek. The fourth reason is because it takes one to know one — and I know this about you because I, too, am a Big. Fucking. Geek. I display almost all of the characteristics summarized above, in spades. I mean, fer chrissakes, you may be reading a metal blog, but I’m fuckin’ writing one!

And so, if it’s not evident already, not one thing I’ve written here was intended as a put-down. Everything was instead written out of love and pride. The very geekiness that lies at the core of metal culture and at the core of metalheads is part of what I like about it and them so much. (All of my friends who AREN’T metalheads, they’re geeks, too. In case you were wondering.)

Let me leave you with three questions, and if you’re inclined to address any of them, please leave a comment (I’m pretty sure you will, because you’re a … well, you know).

First, do you accept my assertions or do you think I’m full of shit? Second, if you think I’m right, what is it about metal that makes metalheads so geeky?  And third, do you think we’re any different in that respect that anyone else (sometimes I think everyone is a geek about something, it’s just a matter of degree)?

74 Responses to “THE GEEK WORLD OF METAL”