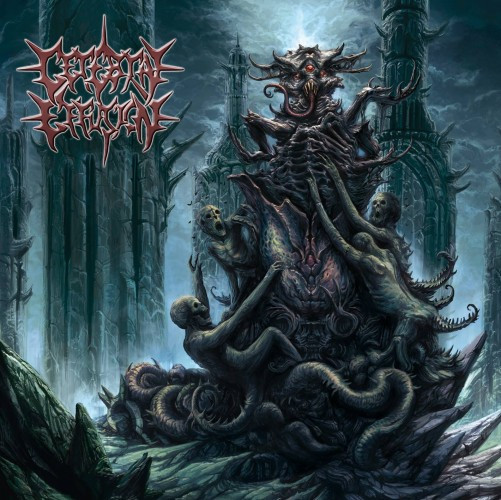 Hey there motherfuckers, happy Sunday. I’ll be traveling all day today, which means the odds of me posting anything more than this one thing are slim. There’s a theme to this “playlist”. Can you guess what it is?

All of the songs I’m including here came my way via a message from my NCS comrade DGR. And he announced them this way: “Gross, guttural, disgusting, slamming…. All of these are upcoming 2014 releases except for the last one, which is already out and more brutal death feeling.”

This is the first track off the upcoming Idolatry Of The Unethical album that will be out in Spring 2014 through New Standard Elite (delicious cover art by Marco Hasmann). The band are from The Basque Country that straddles France and Spain. They’ve been around a long time. They’re still here because apparently a few mountain ranges are still standing and a handful of cities haven’t yet been leveled into dust.The song is “Exposed To Abjection”.  It makes me want to eat your intestines without even cleaning and stewing them first.

“The Desert and the Man In Black” is the name of this next song. It will appear on an album projected for release in August 2014. This is a two-man band, except one of the two is a woman — Samantha Smith — who happens to be the vocalist as well as the bass player. She’s from Virginia and she can vomit and gurgle words like the most putrid of male vocalists. Her partner in crime is guitarist/drummer Mikkel. He is from Denmark.

I’ve decided you can keep your filthy intestines. I listen to this song and I want to suck the good stuff right out of your broken spine, right after I break your spine and pull it out like a straw from a thick shake. 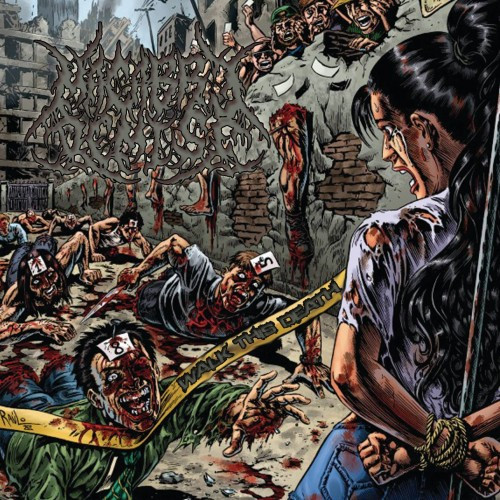 Macabre Demise is a one-man band from Landshut in Bavaria (Germany). He has recorded an EP named Walk This Death, which includes three cover songs and six bonus tracks. It’s available for free download here:

The song to which DGR linked me is one of those bonus tracks, a tender ode named “Splatter Day”. It’s nasty, brutish, and… brutish and nasty.  I’ve decided to leave your spine intact. With the horror of “Splatter Day” running through my head I’m in the mood to cleave yours with a hatchet and slurp what’s inside with a spoon.