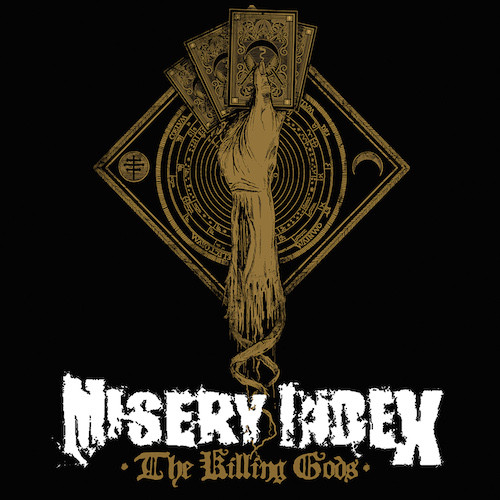 (In this post TheMadIsraeli reviews the new album by Baltimore’s Misery Index.)

Misery Index have really come into their own over the course of their last couple of records.  Their transformation (for lack of a better term) from Dying Fetus-lite to a straight-up death metal titan all their own has been a pleasure for my ears, and has resulted in some of the finest death metal you can get your hands on nowadays.  I’ve always liked this brand of death metal (Man Must Die do something similar) — lots of grindcore, old school death metal riffage, hardcore groove, and the odd incorporation of melodic death metal, but with their own flavor, not to mention a taste for lyrical sociopolitical vitriol.  Of course, key early members of Misery Index were in Dying Fetus first, which had made a name as a musically excellent death metal band that addressed social issues with the anger and outrage they deserved.

The Killing Gods is the Misery Index standard-setter.  The song writing fat (what little fat there was) has been trimmed and the songs have been turned into efficient killing-machine Spartan warriors.  A toning down of the grindcore elements results in riffs that stick out more, quite a bit more melody has been introduced, and the central focus of this record seems to lean heavily on their particular brand of imperialistic might.  Misery Index have always had this quality, and it’s a vibe unique to them I think.  The “imperial vibe” has always been a Polish standard, but Misery Index never sound like they are copping the Polish sound.  Something is distinctly American, distinctly ruthless, about the majesty presented on The Killing Gods.  This truly is the definitive Misery Index record. 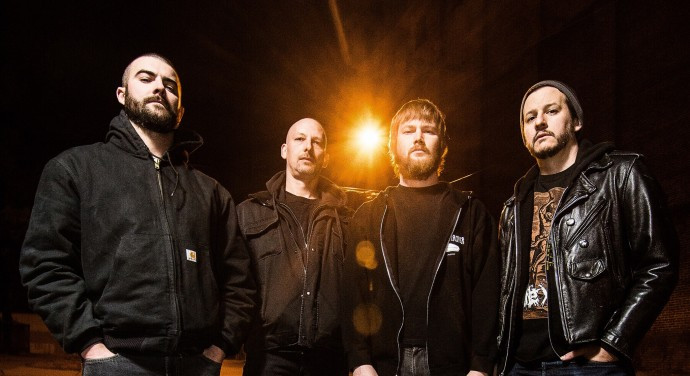 The death metal isn’t the only thing that’s received more focus on the new album.  The hardcore-style groove gets some special attention as well, with infectious, concrete-splitting numbers like “Conjuring the Cull”.  It isn’t often that groove makes me want to run out into the streets and fuck shit up, and I’m typically a speed-over-groove guy, but man does it make me feel feral when they lock into a groove on this record.  In addition, the way the band constantly flow between speed and groove while maintaining fucking jet plane momentum pretty much ensures you’ll be smashing your head into the nearest hard surface repeatedly.

The emphasis on more melodic sections, and more recognizable melodies even when they fall in line with a more death metal tonality, are also a change that makes this a dynamic album.  The mood changes, although it never loses the core sensation of pure unadulterated rage, with dual guitar themes and moments of genuine despair being communicated.

This really is, for Misery Index, a perfect album.  Their records have all certainly been listenable from front to back, and close to equally enjoyable, but nothing they have done before has been as consistent and as confident as The Killing Gods.  Jason Netherton’s werewolf snarls and barks are some of the best in the business, and despite the loss of Sparky, Mark Kloeppel is doing a badass job holding down the fort, as is new guitarist Darin Morris. who whips out some impressive shred on here.  Adam Jarvis is still one of the most intense drummers in death metal that I know, and fuck me I love the way his drums are mixed on this band’s albums.

Basically what I’m saying is, you’d be stupid not to own this.  Another Best of 2014 candidate for me. Actually no, a sure-thing Best of 2014 for me, and the best Misery Index record to date.  Fucking flawless.

The Killing Gods will be released in NorthAm on May 27 by Season of Mist. It can be pre-ordered here. Digital pre-orders are also available at the Misery Index Bandcamp. And on May 19 the band will be premiering a music video for “The Calling”. To listen to a stream of the entire album, visit this place: