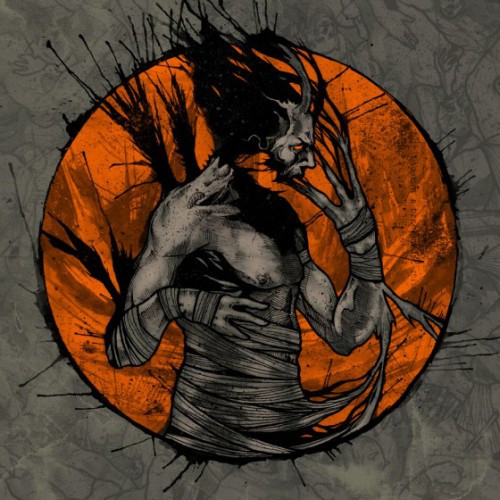 “We all pay for life with death so everything between should be free.”

So begins “Balance of Terror,” one of the many tracks I adore on La Fin Absolue Du Monde, the newest album by midwestern metalcore outfit Enabler. It’s a direct, ideological and emotional piece of language—the kind that vocalist/guitarist Jeff Lohrber excels at. Every well-articulated roar that issues from his maw feels anthemic. Which is funny, considering that Enabler’s particular brand of crusty, noisy, grind-length metalcore doesn’t typically focus on recognizable words, or songs at all for that matter. Lohrber doesn’t conform to expectations. He’s an honest-to-god songwriter in a genre that praises drive-by firebombings over experiences that one wants to dissect and revisit. His songs, each a cry for some sort of justice or sensibility, convey a genuine emotionality that much extreme music lacks.

Enabler is every bit his baby, and what a baby it is. 2012’s All Hail The Void would have been a high point of my year-end list had I given it a spin the year it came out. Last year, Enabler released two EP’s, Shift of Redemption and Flies, both of which produced at least one incredible song (“Live Low” and “Sickened by the Wake”, respectively). To say I was excited for La Fin Absolue Du Monde, would be an understatement—but I had no idea I would love it this much this quickly. 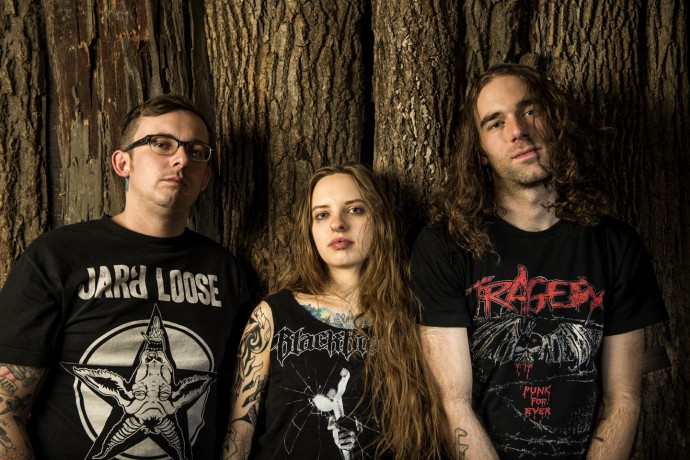 At first listen, Enabler could be one of any number of metallic hardcore groups putting out great records these days—they wouldn’t sound out of place on a bill with Black Breath or Trap Them. Lohrber’s guitar playing, however, overflows with details those other bands might leave out, and on La Fin Absolue Du Monde, he shoehorns more little trills, feedback bursts, and details into his playing than before. Sometimes it seems like he’s playing both lead and rhythm guitar at once. For proof, look no further than the album standout “New Life,” which transitions from almost Cascadian melody into pure high-speed crunch with perfect smoothness.

At times Enabler recalls Remission-era Mastodon, and at other times the work of Rorschach or Deadguy, but with a chunkier, more rock-and-roll sensibility. His tone plays in both the high and low ends of the spectrum, a plume of black smoke which, at any instant, might be shot through with multicolored sparks—what more would you expect from a man with the Today Is The Day logo tatooed on his arm (fun fact, Steve Austin of Today Is The Day mastered the album).

In fact, were it not for drummer Ryan Steigerwald and bassist Amanda Daniels, Lohrber would fly off the rails. This is Enabler’s first release as a trio, but the music doesn’t feel stripped down, or simplified compared to other releases, which boasted dedicated lead guitarists and, um, the drummer from Fallout Boy (yeah, it’s weird). La Fin Absolue Du Monde is Steigerwald’s first release with the group, and his in-the-pocket sensibility gives the music a good fist-pumping quality that would be lost if he spent more time doing crazy fills.

Daniels, on the other hand, has been in the group for over two years now, and at this point she’s a stacked enough bassist that a second guitar seems unnecessary. When I saw Enabler at MDF, I was most impressed by her finger picking—live as on album, every note is crisp and perfectly timed. Her sound, fiery and straightforward, keeps songs like “Information Overload” and “Rain Darkness” grounded in riff and chug while Lohrber wanders on his fretboard. And when she takes on vocal duties (which she does, several times) she’s burly enough that I wonder if Arch Enemy should have given her a phone call earlier this year.

Performances aside, though, Enabler’s songwriting is a main selling point. More so than heavy metal, hardcore once prided itself on having music with a lyrical or philosophical hook that listeners can relate to. The best bands in the genre still do this; Converge, an obvious influence on Enabler, excel at this. More and more, however, I have trouble finding modern records of this type that I can relate to, but I can relate to La Fin Absolue Du Monde. The wounded cry for justice in “Sickened by the Wake,” (wonderfully re-recorded for this album) turns grief into a rallying cry, one with a killer hook. Lohrber and company do this over and over again—take for example the chorus that ends “I’ve Got a Bad Feeling About This”: “no future / no fate / there’s nothing but lies we make.” Now that’s a sentiment worth echoing.

Enabler aren’t re-inventing the wheel—their influences are obvious—but these three musicians are bringing a personal, emotional songwriting sensibility, as well as a love of great hooks, back into metallic hardcore. Here’s hoping they keep doing so for a long, long time.