(BadWolf introduces our co-premiere of “Archways”, the first track on the forthcoming second album by Sweden’s Stench.)

Stench features members of Tribulation, whose last album, 2013’s Formulas of Death, endeavored to stretch black metal into uncharted territory, whether that be 70’s prog or 60’s surf rock. Tribulation’s approach didn’t always strike gold, or a chord for that matter, but it usually struck a nerve. Successful or not, that band was trying to do something genuinely new and interesting. The same could be said of Arizona’s Take Over And Destroy, who have a new record out this way. Stench finds itself between these bands, vying for an adventurous mix of prog, black, and death metal. It’s not orchestral in a Cradle of Filth kinda way, but there’s definitely some melodrama to Stench’s approach. All the better, I say.

“Archways,” the first track on the trio’s second record, isn’t immediate—it submerges itself in isolated guitar tracks before launching into a full assault part-way between the low-fi onslaught of Bathory and other proto-black bands, and the unforgiving rhythm of something like early Entombed. Likewise, the restless creep factor of both groups is present on this track. You can almost envision the black leather giallo gloves slipping into the hands of an unknown psychopath as the group’s death metal assault is joined by some vintage keys and sound effects. Before you know it, “Archways” is done, but that’s the way we like it, right? Never overstaying one’s welcome. All of Venture is like that—creepy and precise. Check it out in Europe on September 26 and in America on October 28. 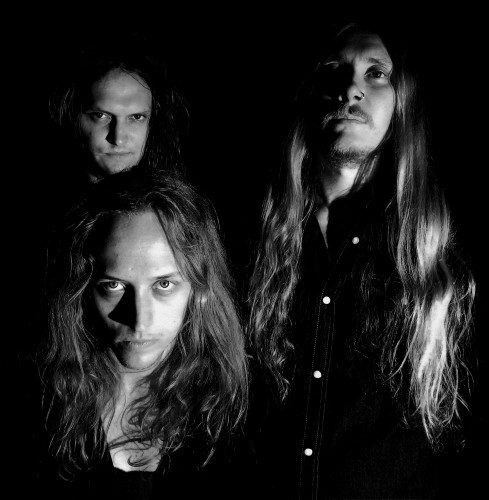 Venture was recorded at Necromorbus Studio (Watain, Portrait, Deströyer 666) by Jonas Wikstrand (Enforcer) and will be released by Agonia Records. It can be pre-ordered here on vinyl or CD. The album’s eye-catching artwork, which includes a booklet of separate creations for each song, was crafted by Necromantic Art (Tribulation, Necrovation, Venenum, Decomposed). Here, for example, is the artwork for “Archways”: 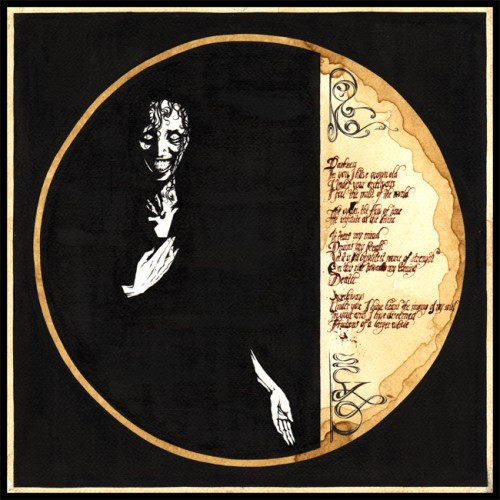 Listen to “Archways” below.