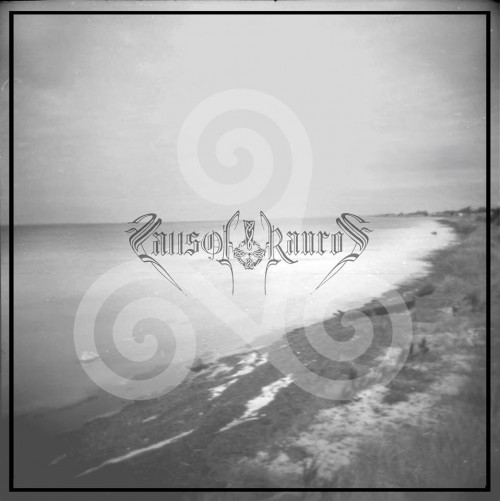 (In this post, we share guest contributor Ben Smasher’s review of the forthcoming new album by Falls of Rauros. We will post a second review on Monday.)

Album reviews have pretty much become moot these days. It takes less time to go to youtube and listen to any album than it does to read a total stranger’s thoughts on it. So I try to write reviews only when I feel intensely moved to do so, so that I can create something that offers my personal insight into the music and how I relate to it, in the hopes that you can maybe understand it better after reflecting on my perspective. This album is enthralling, among so many other things:

Believe In No Coming Shore seems almost incidental to me. Falls of Rauros have come such a long way as a band since their beginnings, that when realizing the vast and elaborate scope of their progression and direction, this album seems like a mere checkpoint upon their journey to becoming one of the most fascinating and memorable bands that have graced my ears. They already are that in my eyes, but the path that they are paving with each release is one that utterly disregards boundaries, exudes personality, and gently breathes magnificently vivid tapestries that are absolutely unique to Maine’s Falls of Rauros. 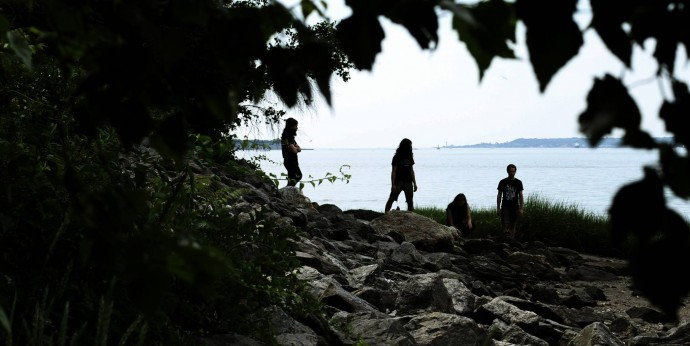 One of the things that I can be is a bit of a hedonist. I reluctantly admit that I can often be found basking in something. So it’s only fitting that I find myself listening to Falls of Rauros more and more these days, even in anticipation of this album, and especially after the release of the Panopticon split (which is a must-own release). The music of Falls of Rauros is rich and lush, boldly sweet and vibrant. This album has so much to offer, and I can’t seem to get enough of it. This album is drenched with sweet harmony and so delicately woven with elaborate guitar work, clinging to every astutely composed section, that it is something I don’t see myself getting tired of anytime soon.

The slower passages draw me in with sweet, harmonious, shimmering guitar work, only to be followed by some of the catchiest, utterly melodic sections I have ever heard, all the while lifted generously by intricate and thoughtful drumming. To me Falls of Rauros is a guitar-based band; the vocals are secondary as with most bands of this ilk. But if you ignored the themes behind these songs, you’d be doing yourself a great disservice. While I may not grasp a unifying subject of the album, the lyrics are intimate and personal; they seem to intend to serve as a mirror pointed at our very being, and a heartfelt word of encouragement. “We’re responsible for the world we belong to, all pity withheld. We are answerable for the dusk we have walked through and our quiet contempt; hardly permissible.”

Last year I was spending time with my friend Austin, who played session drums on their last full-length. We were listening to this album while driving through wintry landscapes in Minnesota. I told him that what fascinated me about this band was that they can continually wax and wane in intensity in an ever-evolving way. Every part builds up to something else. Each moment of their music is like following the veins of a leaf to the stem, then the branch to the limb, and the limb to the tree, and the tree to a beautiful forest in Maine. It just keeps getting better and more luscious and beautiful. I would say that there is no conceivable way they could ever top this album, were it not written by the best black metal band in the United States.

Though it’s all we’ve got, I’ve often felt that using words to describe music is pointless. It’s like painting basketballs about divorce. I can tell you what an incredible album this is until I am blue in the face, but my words have little ability to accurately portray the power that these songs hold. I have probably listened to the album 25 times since I got it last week, and although I’ve had so many of the different parts swimming about my head every second that I haven’t been listening to it, it still sounds like the first time I heard it. It’s IMPOSSIBLE to get sick of this.

There is an instrumental section at the end of the song “Spectral Eyes” that is an apex. A section so brilliant that it makes everything I’ve ever done as a fan of this music seem entirely worthwhile because it brought me to the point of being able to understand, appreciate, and be in awe of what went into what I’m hearing.

In comparison to past work, this album in particular is a lot more down to earth as far as the production is concerned. I can’t say I have ever heard any other album sound like this. The overall timbre of the instruments in unison is somewhat drab and pallid, it all feels very… within reach and real. This lends to it being a very intimate and personal sounding record; it also serves to highlight the ornate and lush musicality found on the record by starkly contrasting with it. To even further deliver the “realness”, this album sounds extremely well-rehearsed and live; I can’t imagine they spent much time doing punch-ins or edits.

Stylistically speaking, this record is a long progression from a foundation that is black metal; this album is barely black metal by definition. The guitar playing, the bass playing, and the drums are teeming with influences ranging from 70’s rock and country to modern post rock and a moderate amount of other US black metal. Even further removed from this album are other typical elements of your average metal album of today, such as barbarity, anger, or really any dark subject matter in general. Falls of Rauros needn’t bother themselves with any of that posturing because they clearly focus on being one thing: GREAT.

Believe In No Coming Shore will be released on October 1. The CD version of the album is now up for pre-order at both Bindrune Recordings in the U.S. and Nordvis in Europe. Listen to two of the album tracks below.

4 Responses to “FALLS OF RAUROS: “BELIEVE IN NO COMING SHORE””