Quite often I see the music of Dark Fortress categorized as “Melodic Black Metal”, and while it is strongly, and darkly, melodic, and it’s definitely Black Metal… I still feel like that particular classification is something of a misnomer.

I don’t know about you, but when I think “Melodic Black Metal”, my mind immediately goes to the masterful Dissection and all their ilk, and while the earliest Dark Fortress albums certainly fell in line with that style, their third album, 2004’s Stab Wounds, signified the beginning of a major stylistic shift, one that has, over the years since, led the band into deeper, darker waters.

The addition of Morean on vocals for 2008’s Eidolon seemed to be the final piece of the puzzle necessary for the band to fully manifest their new-born identity, one of fire and anguish and boundless creative freedom, and paved the way for the complex and multi-faceted metallic madness of Ylem, perhaps the band’s finest hour thus far.

Venereal Dawn is certainly a spiritual follow-up to Ylem in many ways – indeed, without many of the creative seeds planted by that album much of Venereal Dawn simply would not exist – and yet it is far, far removed from being a simple copy.

Intimately progressive and hauntingly introspective, it is perhaps a less extreme and less technical album than its predecessor, albeit still dripping with black fire and venom, yet it remains just as challenging and creatively ambitious, and always true to the band’s own unorthodox ethos.

Beginning with the epic 11-minute title track is certainly a powerful statement of intent, an uncompromising declaration that – for all its seductive use of melody and progressive inclinations – this is not an album designed to be quickly picked up and easily digested.

In many ways the track is a microcosm of the record as a whole. It builds from an eerie, atmospheric beginning (accented by some enigmatically lithe bass work) into a seething morass of massive riffs and menacing melodies, cryptic clean vocals and esoteric leads, combining Doom, Death, and Progressive influences into one grandiose arrangement of unabashed creative freedom and blackened ambition.

The utterly mesmerizing “Lloigor” continues the progressive nature of the album, building off of the more melodically creative and expressive moments of Ylem, whilst also tying in some heavy Opeth influences, without compromising the pulsing aggression and blackened soul of the band.

This isn’t exactly a new thing – go back and listen to some of the songs off Séance and you’ll be able to hear a lot of similarities in style and structure to early Opeth – but it’s so much more masterfully realized here, imbibing these influences and breathing out something far darker in return. 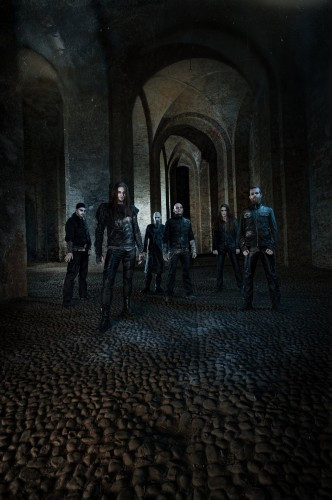 The nihilistic grooves, guillotine riffs, and poisonous chorus of “Betrayal and Vengeance” are also oddly reminiscent of Séance, and shift the intensity level up several notches, without losing that arcane progressive touch, not least during the song’s strangely ethereal bridge and uncanny closing bars, while the distorted reflections and unearthly ambience of “Chrysalis” take the more atmospheric material of Ylem another step further into the unknown, filtering it through the same sort of unconventional prism as recent material by Ihsahn to create something unexpectedly poignant and unique.

By contrast, the blood-stained ferocity of “I Am The Jigsaw of a Mad God” mixes and matches scalding Black Metal savagery and frantic, down-picked Death Metal intensity with a series of massive bloody hooks and jagged, convulsive grooves, before moving into a series of violent, pneumatic rhythms. Despite its violent nature and lethally precise guitar work, it’s not without nuance, as subtle moments of half-concealed acoustic guitar and spectral keyboard ambience weave themselves in amongst the chaotic sound and fury.

The intricate acoustic guitar work and unsettling atmosphere of “The Deep” — which is less a standard song and more a nightmarish piece of strange melody and obfuscating dissonance — leads into the whirling dervish of “Odem” whose six and a half minutes seem to absolutely fly by in a torrent of scything riffs and tumultuous drums, the crawling chaos broken up only by a hypnotically dark and progressive mid-song interlude of soaring lead guitar work and haunted ambience. 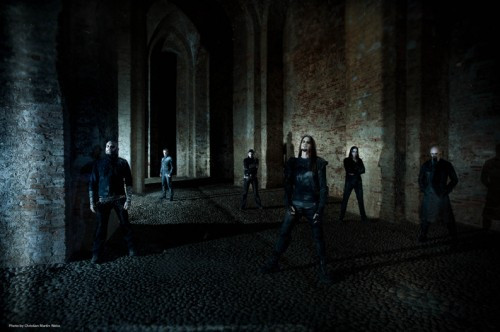 Heavy in terms of both metallic weight and bleak atmosphere, everything about “Luciform” is absolutely razor-sharp, from its gleaming melodies and scintillating hooks to its searing riffs and agonizingly precise drum work, all topped off with Morean’s evocative and powerful vocals. From its striking intro of shining harmonic notes and torrential, blasting drums, through its taut, almost percussive riffage and desolately melodic solo section, the whole track twists and coils like a leviathan of the deep, inexorable in its power and malicious in intent.

The album closes with the choking melodic miasma of “On Fever’s Wings”, another 11 minute epic of doom and gloom that stretches the limits of whether the song can truly be described as Black Metal, its unorthodox core of scraping, chugging riffs and desolate vocal melodies intertwined seamlessly with moments of brittle piano and smooth acoustic picking, in a shameless display of progressive ambition and creativity.

Each of these songs, in its own way, sums up the true sound and identity of Dark Fortress. Each one is a testament to the progressive and creative flair of a band who remain, at their core, a Black Metal band, and yet, like Keep of Kalessin before them, refuse to be bound by the restrictions and limitations imposed by that label.

With each member performing at his absolute best – from the expressive and wide-ranging vocals of Morean, or the endlessly creative riffs of V. Santura and Avargr, to the inventive and powerful drumming of Seraph, to Draug’s understated but vital presence on the bass – Venereal Dawn is an album of depth and layers that, despite its desolate melodies and intricate progressive touches, demands much from its audience.

And yet, for those willing to engage, and to explore, it offers so much more in return.

Venereal Dawn is out now via Century Media and can be ordered here. One of the new songs can be heard below, and a second (“Chrysalis”) is streaming here.