Yesterday brought a flood of new music and announcements that peaked my interest. I didn’t have time to post about any of them yesterday, so I’ve got a lot to cover this morning. Which is why this round-up is divided into two parts, with the second one coming later on.

Wolfheart’s self-released 2013 debut album Winterborn was fantastic. It was exactly the balm needed to salve the wounds that Tuomas Saukkonen temporarily inflicted on fans when he folded all of his other projects (including Before the Dawn and Black Sun Aeon) to start fresh. Yesterday brought the announcement that Spinefarm Records has now signed Wolfheart and will be re-releasing Winterborn on February 3, 2015, with two additional bonus tracks — “Isolation” and “Into the Wild”. This will be the first physical edition of the album to be made available worldwide.

But even more exciting than that was the news that next year Spinefarm will also be releasing Wolfheart’s second album Shadow World, which the band is now in the process of completing. And here’s one more titillating tidbit of Wolfheart news from the same announcement:

“The band is shoring up plans to tour Finland and Europe in 2015, hitting the festival circuit. The band hopes to tour the U.S. at some point in 2015, as well.”

May their wishes come true.

I decided to include a video from Winterborn below, now that Wolfheart is on my mind. 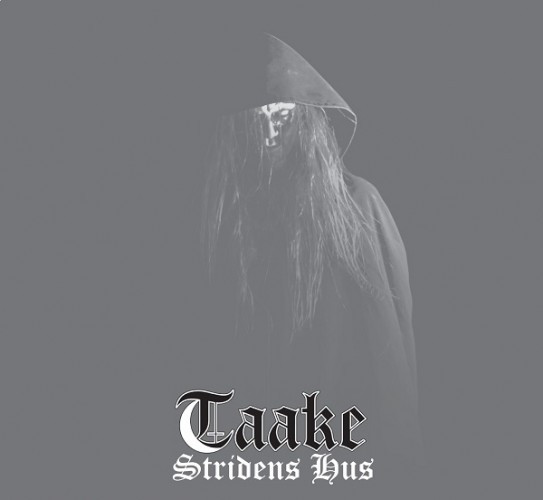 Yesterday Dark Essence Records announced some details concerning the forthcoming sixth album by Norway’s Taake: Entitled Stridens hus, it will include seven tracks and will be released on December 8 world-wide (except in Germany, Austria, and Switzerland; they’ll have to wait until December 12). The label also debuted the track “Det fins en Prins” from Stridens hus, and I’ve embedded it below.

And in other news, Taake’s Hoest posted this announcement on Taake’s Facebook page (thanks again to eiterorm for the tip):

“For our European tour dates this month, an MCD entitled “Kulde” will be available. It contains 2 brand new tracks as well as a cover song and a re-recorded 90’s track.”

Check out the new song next.

As we previously reported, Iceland’s Skálmöld have a new album named Með vættum that’s coming out via Napalm Records on November 24 in North America and December 1 in the UK.  Yesterday the band premiered a lyric video for one of the new songs, “Að hausti”, which includes an English translation in the captions.

When this song first premiered last month, I wrote:

“If you can remain still during the song, I’ll be very surprised. It rocks like a mead-fueled Viking celebration, with raw, gravel-throated howls and shrill shrieks summoning you to the party. You can imagine things will get out of hand in short order. (Knowing Skálmöld, they’re undoubtedly singing about something more epic than a Viking party, but that’s what I’m imagining, since my Icelandic language skills are a bit non-existent.)”

Well, if you turn on the caption feature for this lyric video, you can now see what they’re singing about even if you’re not fluent in Icelandic — and I was right: They’re singing about something more epic than a Viking party. The artwork by Ásgeir Jón Ásgeirsson shown in the video is also epic. 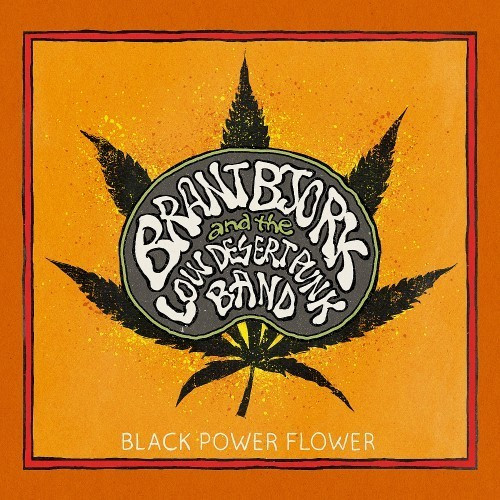 For those who don’t follow the desert rock scene (and to be clear, I haven’t followed it myself), Brant Bjork was the founder and drummer of Kyuss and he’s also a member of Vista Chino (formerly KYUSS Lives!). He now has his own project named Brant Bjork and the Low Desert Punk Band. Not knowing what to expect, I happened to catch them live in Seattle during August along with Corrosion of Conformity and Lord Dying — and I thought they stole the show. Afterward, I tried to find music to buy, and struck out. However…

Brant Bjork now has a new album on the way called Black Power Flower — due for release via Napalm Records on November 18 in North America and November 11 in the UK. One of the new songs started streaming yesterday. If the album’s title begins hinting at the thematic subject matter of the music, the name of this song gives another clue: “Stokely Up Now”.

I really fuckin’ dig the guitar tone in this song, as well as Bjork’s voice (which is giving me Jimi Hendrix vibes) — and the riffs are damned addictive. And when this thing really starts to roll in the last minute, heads will bang even harder. I remember this song from the live set — it’s made for an extended live jam. Check it below.