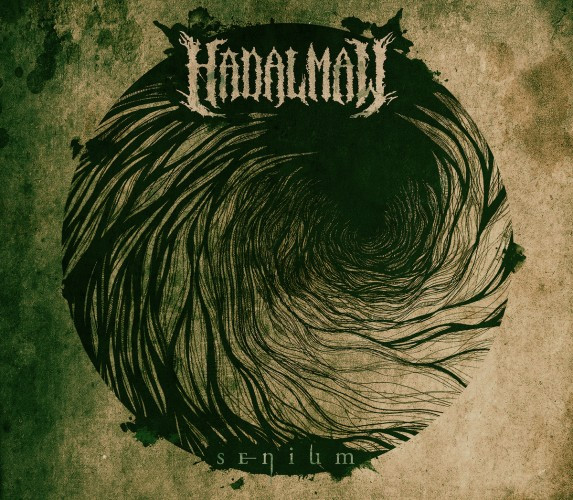 While I had recently featured Hadal Maw in my latest Recalcitrant Roundup article, it was not as in-depth a write-up on their debut album, Senium, as I would have liked due to time constraints. So, when the band hit me up after my post offering to send me a physical copy all the way from Australia, I gladly agreed and now give it the full review it deserves.

Before sending the album, the band mentioned that it was “meant to be listened to and viewed”. I could not fathom what they meant by that until it arrived — and I was blown away by the packaging. The album is not a typical jewel case. Instead, it folds out from all sides, leading to a stunning array of other art pieces beyond the cover, on both the front and back sides once unfolded. The proper term for this type of packaging is Maltese Cross Digipak. I have never seen anything like it before. It’s truly impressive, and a real reason to invest in the physical version of this album if you like what you hear. 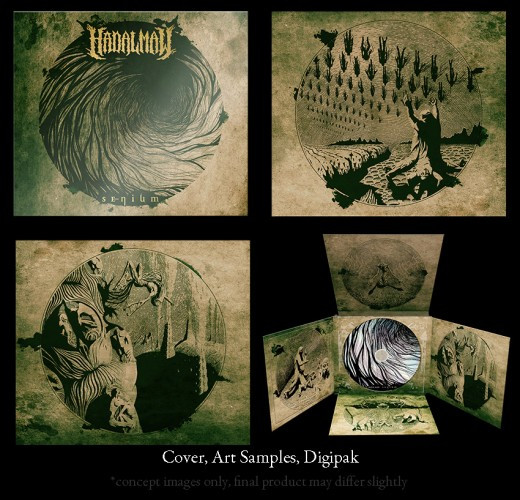 As far as the album goes, Senium is a hell of a debut. It occupies a special niche within groove territory, although to be clear, of a non-djent variety and certainly not limited to slow songs. Instead, it’s more like an apocalyptic battle between Gojira and Decapitated deathchug tendencies and obvious nods to the thunderous crushing power of Hate Eternal and the modern groove-meets-tech death feel of Rivers Of Nihil.

If ever a moniker fittingly described the sound of a band, Hadal Maw take that prize. Their name refers to the expansive swallowing depths of the lower regions of the ocean, and also traces its origins to the realm of Hades from Greek mythology. Combine that with the word “maw”, and you get an idea of their sonic massiveness. Think of a gaping maw leaking poison and lethally lashing out at you, and that’s exactly what you get on Senium.

One of the things I like best about the record is the very restrained lead-guitar playing. It utilizes a minimalist atmospheric nature to full effect, eschewing typical melodies for short haunting bursts that lie under the rest of the music like a sublime sonic pulse, instead of overpowering in the mix as they would for most bands. The piercing, thick screams and gurgly noxious growls that blanket the album really take this 8-string assault to another level–providing fuel during their faster burns, and a sense of foreboding in the slower stirring moments. 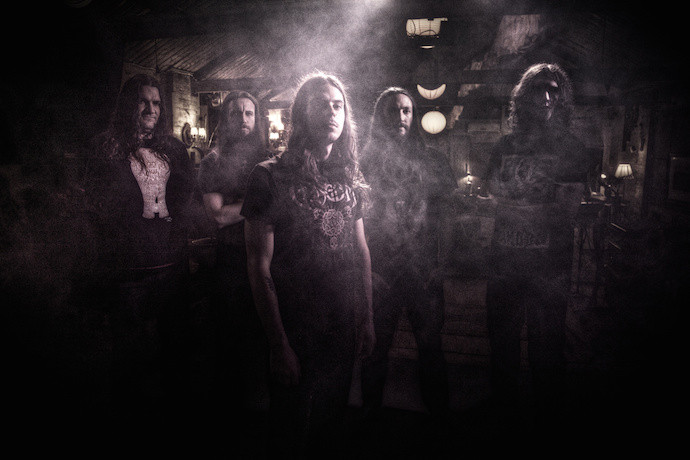 While the majority of the album is, as mentioned, very restrained and minimalist in the band’s lead guitar approach, opener “Aetas De Morior” comes to wage war with catchy brain-drilling leads from the onset. Though this is slightly atypical in the context of the album’s usual approach to dropping in leads very sparingly, it’s not a disappointment as it is a tremendous album opener. Track two, “Invisible Eye”, throws an unexpected post-rock-styled, stripped-down build toward the end that re-ignites into a combo of headbanging groove overlayed with leads that makes for a powerfully memorable moment. The calming lull that begins the next track, “Corridor”, doesn’t last long, the music favoring a cybernetic, Meshuggah-influenced dynamic.

In the midst of the split between groove and gargantuan assault that the band schizophrenically explore throughout the record, track six — “Ancestry” — throws another curve ball. It’s a tribal-fueled instrumental breather, complete with a hand-drum pulse, that connects to the aboriginal origins of the band’s native land, as the title suggests. From there, the band feature “Coil”, a slow masterful track, with the next couple tracks contrasting between ripping fast songs and slow burners.

The closer “Obsequia” stabs and assaults with a difference. It’s the most cutthroat and full-throttle track on the album, relying the least of all the tracks on the band’s groove-centric identity in favor of a punishing beatdown, though the haunting melody that appears halfway through the song is also of particular note.

After listening to so many ruthlessly speed-focused death metal albums this year, hearing a groove-centric masterpiece like Senium is a skull-shattering breathe of fresh air. The band’s approach is killer, and this album never fails to deliver anything less than earth-shaking songs full of memorable riffs, fat fantastic grooves, and dreary melodies. Senium doesn’t just draw you in, it buries you at the bottom of the ocean as it unfolds, delivering a massive beatdown that is impossible to ignore or escape as its hungry maw draws near, closing in, swallowing you whole.