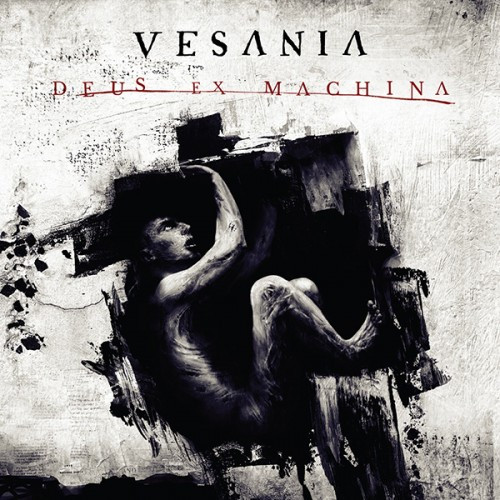 When I spoke to Vesania vocalist/guitarist Orion not long ago (interview here) he said the following about the band’s new album Deus Ex Machina:

“We started working on the album with this thought that we want it to sound very ‘alive’. I didn’t want to record another typical metal album with the kick drum sample straight in your face, edited to the very edge and with super high gain guitars. The idea was to make this music breathe…”

And after listening to the album a number of times now, I think they’ve definitely managed to achieve what they set out to do. Compared to their previous albums there’s definitely a lighter touch involved here – though the album is no less heavy for it. It’s looser, in a way, without being any less tight. Freer, yet in no way any less focused.

It’s an album of contradictions, make no mistake. And all the better for it.

Opener “Halflight” quickly finds its blackened, blazing groove, all chunky guitars and skittering drum beats and fluctuating synths, with Orion’s multifaceted, brutally human, vocals spitting spite and venom over the top of it all. As intense as it all is, it feels effortlessly majestic at the same time, with an open and towering grandeur that cleverly avoids the oppressive, over-compressed and over-processed sound that the band were so wary of replicating.

The serpentine slither of “Innocence” has a similarly loose-limbed feel to it, the band playing off one another with a confidence and precision born more of camaraderie and clear vision than studio-trickery, a sensation that continues through into the pulsating riffs and dancing melodic keys of “Disillusion” and the sheer demonic aggression of “Vortex”.

Indeed, even at its heaviest and harshest, this feels like a very human album. The passion, the experience, the character, of the band members shines through clearly, whether on the deathly, imperial swagger of “Dismay” or the punishing, mechanized power of “Glare”.

It’s also an album dripping with a despondent atmosphere and bloody, crimson melody, not just from the scintillating, shifting, swooping symphonic keyboard embellishments, but also from injections of tragic clean vocals and soaring, diving lead parts, scattered with wild abandon throughout the clanging, chaotic riffage and pounding, pneumatic drum-work, embellishing and enhancing the band’s bleak and desolate vision without ever interrupting its scalding flow. 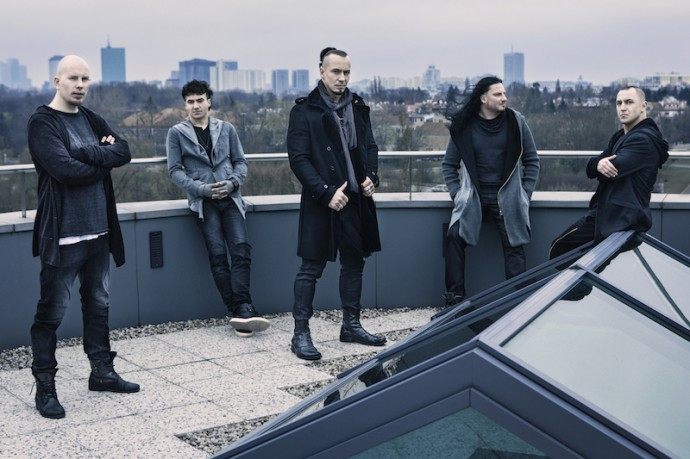 Tracks like “Notion” – half blackened blitzkrieg, half glorious symphonic majesty – and “Disgrace” – a grim torrent of blasts and bruising riffs with a mesmerizingly melodic coda – for all their orchestral excess and metallic thunder, take time to reveal their secrets, each telling a story through sound and verse, shape and colour, which unfolds naturally and organically as each song progresses.

By the time the listener reaches the closing pair of “Fading” and “Scar” it’s clear that the band have managed to capture a truly singular moment in time with this album, a sensation of life and loss and bleak despair that echoes the human condition at its most hopeless and haunted. While the former features a beautiful conjuration of multilayered, orchestrated metallic mayhem, along with some of Orion’s most emotive and evocative vocals, it’s the latter that really raises the bar, melding an array of anguished female vocals and some truly wicked melody lines into the band’s titanic, Blackened Death Metal sturm und drang, absolutely drenching every raging riff and rapid-fire fill with a mesmerising atmosphere of abject pain and misery.

As darkly dramatic as it is devastating, Deus Ex Machina, if pushed hard enough and marketed right, could be a real game-changer for Vesania.

It demonstrates their songwriting, and their skills, at their absolute sharpest, and takes their sound and vision to the next level.

Deus Ex Machina is out now via Metal Blade and can be ordered here, as well as on iTunes and Amazon. Listen to “Innocence” below. “Dismay” is streaming here.