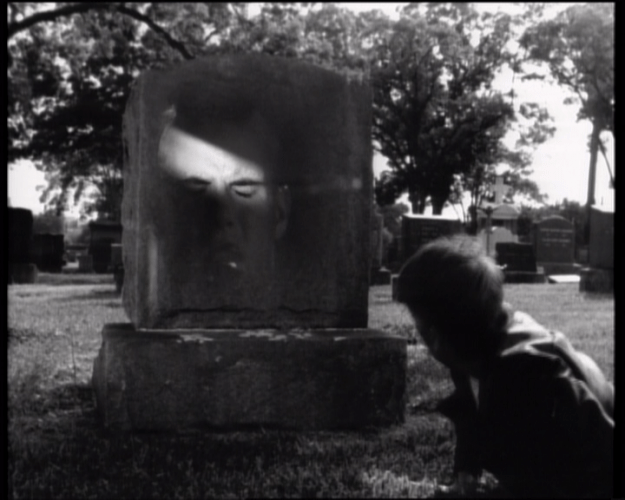 (We welcome guest writer Grant Skelton who delivers this opinion piece on the impact of social media on metal.)

When I was about 6 years old, I can distinctly remember seeing Pantera’s music video for “Cemetery Gates” late one night on MTV. At the time, it was unlike anything I had heard. It was beautiful balladry and at the same time auditory madness. And I had to hear it again. And again.

In the 80’s and 90’s, you knew a band had “made it” when you saw their music video on MTV. It was MTV or bust. There was no other option. Many a metalhead during this period would stay up into the wee hours of the morning, VHS tape primed and ready, to record their favorite band’s brand new video. If you didn’t, you might not see it again for another week… or maybe not at all.

You couldn’t pull your phone out of your pocket, swipe the screen, and open your YouTube app. You couldn’t Google it. You just had to sit and languish for seven more days while all of your friends at school gave accolades to the video that you were too lame to see. If you were lucky, one of your friends might lend you the VHS tape that they had recorded. Hopefully they remembered to put down their beer long enough use the tracking knob.

For most of recorded music’s history, you had to work to find the music that you wanted. This was particularly difficult if you liked heavy metal, a genre that was and is still largely spurned by conglomerate radio stations. You had to go to a record store, leaf through the various LPs and then maybe… just maybe… they would have a single copy of your arcane prize.

I vividly remember Cat’s Music, my former local record store. It had its own smell, a distinct odor that mixed incense, cardboard, and warehouse. Nothing else smelled like a record store. And then there were the employees. Interesting breed, record store employees. Punks, hardcore kids, thrashers, goths plastered with corpse paint, skaters, and the like. These were the people you got your music from. Record stores were your forum for album and concert reviews, debates over which band was “harder,” and recommendations for new artists. Sure, you could troll all day long. But you might only be talking to yourself. 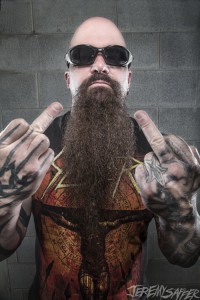 With social media, we now have instant access to Facebook statuses, Kickstarter campaigns, demo samples from upcoming songs, Twitter feeds. The Internet doesn’t close like a record store. You don’t have to wait on a DJ (or VJ, for those old enough to remember them) to play your favorite band’s new song or video. If I wanted to find out what Kerry King had for breakfast yesterday, I could probably find his Instagram and learn exactly that (probably a goat burger with fetus fries). Social media gets fans more involved in the day-to-day grit of band members’ lives. However, social media is not without its downfalls. With its successes come a number of problems, both for established artists and local acts just trying to get a ‘like’ for their new demo.

One way social media has helped is by giving new bands more inventive ways of sharing their music and other products with fans. I wish more bands would do what Metallica have done with livemetallica.com. Love them or hate them, there isn’t another band right now that makes every single live show available to purchase in multiple audio formats. If you actually attended the show, the fact that you can legally purchase it makes the experience more sentimental. If metal fans could stop berating Lars Ulrich enough to listen, they would find that his skills behind the kit have definitely improved within the last year. Selling live shows has also enabled this band to expose fans to a brand new unreleased song. I don’t know about you, but if Obituary had made live recordings of the new Inked In Blood material available to download prior to that album’s release, I would easily have shelled out money. 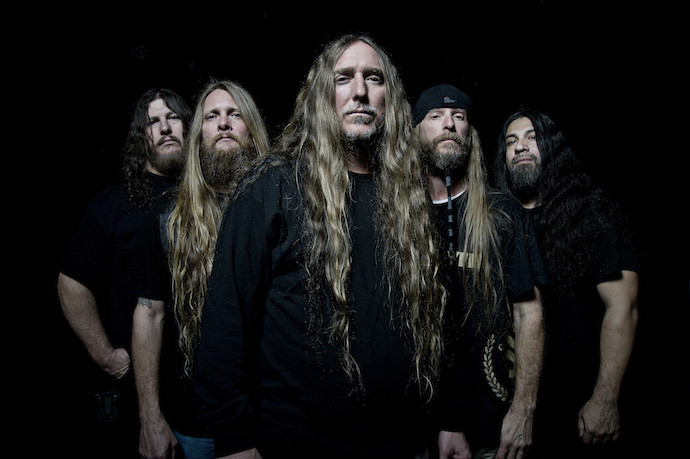 While we’re talking about how social media helps bands, let’s talk about Obituary some more. Their previous album, Darkest Day, was released back in 2009 and sold 1,200 copies its opening week. When they launched the Kickstarter campaign for Inked In Blood, they only asked for $10,000. That goal was met in less than 24 hours. Not only that, they surpassed that goal six times over, raising over $60,000.

In its opening week, Inked In Blood sold 5,200 copies. It also pushed Obituary to 75 on the Billboard 200 chart, the highest charting position in their storied career. Fans were able to follow the album’s progress through the Kickstarter updates. A high quality video filmed at the 2014 Rock Hard Festival gave fans their first legitimate taste of what the Florida rednecks had to offer. It featured the 3 songs that would go on to be released to promote Inked In Blood.  As a side note, that album is amazing. Protest The Hero, Haste The Day, and Sevendust all had similar crowdfunding campaigns. Theirs were also overwhelmingly successful.

Social media can also help propel unknown bands forward into the spotlight, because it allows fans to control the content that they want. Rather than being spoon-fed music by a radio station or television network, I decide what I see and hear. A fan seeking out quality music helps local metal bands like Broken Flesh from Oklahoma City, OK. While they may still be unknown to metalheads at large, they have garnered a considerable amount of popularity within the Oklahoma/Texas death metal scene. Their 2013 album Warbound has a production quality that rivals most mainstream metal acts. They write memorable songs that demand multiple listens. 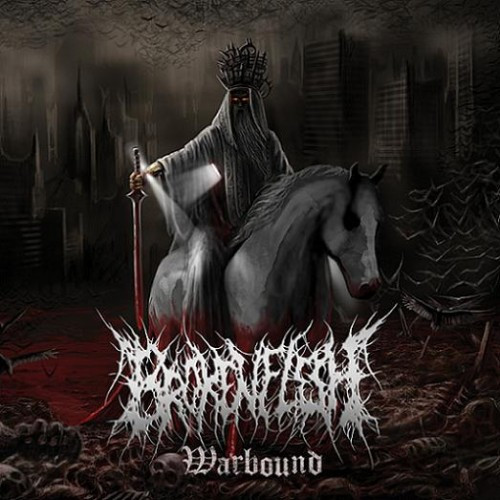 That album was made available for streaming on YouTube, widening the band’s listening audience. I don’t know what kind of sales numbers that meant for them, but I know it helped them get to the Mayhem Festival on its stop in their hometown. Social media made it possible for Broken Flesh to share the stage with the likes of Wretched, Darkest Hour, Upon A Burning Body, Suicide Silence, and Cannibal Corpse. If you’re curious, check out their new song “Cries Of The Dead” here:

While we’ve looked at the positive side, let’s examine how social media can hinder a band’s success. As I mentioned before, fans used to have to work for their music. It required an investment. Music no longer requires any “investment” on the part of the fans. You don’t have to spend anything to get music. Not even your time. Somewhere, we stopped wanting music. We stopped wanting art and passion and zeal. We want to be entertained. We want a product. We don’t really “listen” to music any more. We just hear it. It’s no longer personal to us. Why should I buy an album, when I can stream the whole thing on YouTube? Oh sure. I tell myself that I’m sampling it and if I really like it I’ll buy it. Which may be true in some cases, but not nearly every case. I know I am guilty of this, and I’m sure I’m not the only one. I mean, in my previous paragraph I did just mention that YouTube was a positive thing right?

If I had to point to one single aspect of social media that detracts from a band’s success, it would be the “Comments” section. Every Facebook post, YouTube video, album review, and Instagram photo has a “Comments” section (unless of course the poster is wise enough to disable it). Now, there’s nothing wrong with commenting in the least. We need a platform to discuss and critique the music that we love so much. There is nothing wrong with having an opinion. But when the discussion and critique degenerates to the point that commenters are having flame wars about the (perceived) sexual orientation of the one or the religion of the other, we have missed the point.

We’re metalheads, which means there is already something that sets us apart from the rest of the world. Our music carries with it themes of ostracism, rebellion against the establishment, persevering against oppression, and unity behind a cause. We identify with this loud, raucous, abrasive, brutal, shrilling, grinding, thrashing, slamming music that is heavy metal. The rest of the world doesn’t take us seriously as people and the musical world doesn’t take our genre seriously. Why then are we compounding that problem with friendly fire? If you hate the way Lars Ulrich drums, then be a better drummer than he is. If you hate the way that Zakk Wylde plays guitar, then outplay him. If George Fisher’s vocals aren’t br00tl enough for you, then gargle some hot charcoal and bleach for a few days and lay down a vocal track that tops his. Make the genre better. But that’ll take more work than to tap a few key strokes and call someone a “fag.”

Social media for metal is a double-edged sword. It cuts both ways. For some it means more albums sold, and more fans showing up to concerts. For others, it means trolling, bashing, and hate mail. Whether or not that changes is not up to the bands. It’s up to the fans.

12 Responses to “WRATH OF A DOUBLE-EDGED SWORD: HOW SOCIAL MEDIA HAS HELPED (AND HURT) METAL MUSIC”