As previously reported in these pages, Sweden’s Marduk will be releasing Frontschwein, their 13th studio album, via Century Media in January. Yesterday the band revealed the cover art and track listing and began streaming a new song named “Rope of Regret”.

Yesterday a couple of fans took me to task on Facebook for the way I wrote about the two songs we premiered yesterday. One wrote, “I think it’s hilarious when people try to be ‘metal’ and ‘brutal’ by writing about music like this.” Another penned these thoughts:

“I was always wondering who write and whom for they write descriptions of songs. Just never got the point of putting in words what can only be perceived wordless. It’s like describing colors: red is sooooo red. No really, incredibly red, ravaging, warlike red, riveting red tandem. Doesn’t reveal the message at all.”

I briefly considered just killing myself, but then realized that they were right and I should either just shut up and play the music or limit my comments to such things as, “the song includes sounds from a guitar, a bass, and a drumkit, and what may or may not be the vibrations of vocal chords”.

But that resolution didn’t last long.

“Rope of Regret” is a goddamned black metal blitzkrieg, an incinerating, flesh-ripping, bone-smashing sonic assault. Everything flies at warp speed, from the truly jaw-dropping drum blasts to the blazing riffs, and whether he’s roaring or howling or issuing vituperative commands, Mortuus sounds vicious. Electrifying black metal militarism that’s an exciting herald for the new album. 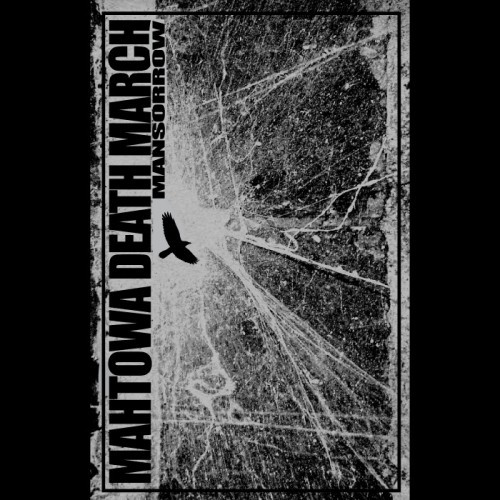 For the second day in a row, I have Kim Kelly to thank for a new discovery. In a piece she wrote for the Bandcamp Blog (here), she gave high praise to an EP named Mansorrow, released last week by a Minneapolis outfit named Mahtowa Death March.

I’ve been chanting in a little girl’s sing-song voice, “Birds. Ate. My. Face.” Get with the program: 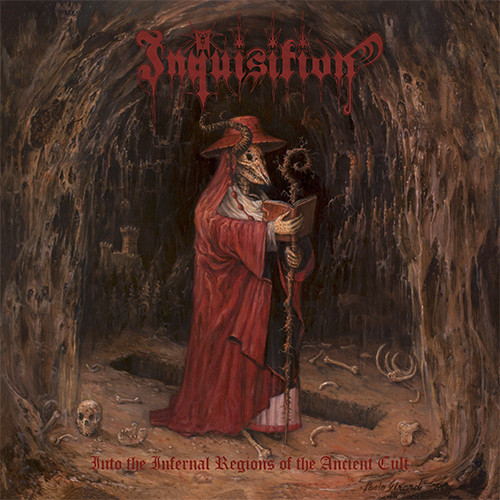 Yesterday Season of Mist announced that it will be reissuing the entire back catalogue of Seattle-based Inquisition, with new cover art by Paolo Girardi — and it’s the artwork that really grabbed my attention for this announcement.

Above you can see Girardi’s art for Inquisition’s first album, Into The Infernal Regions Of The Ancient Cult, which will be released on January 26, and here is his cover for the second album, Invoking the Majestic Throne of Satan (to be released February 23): 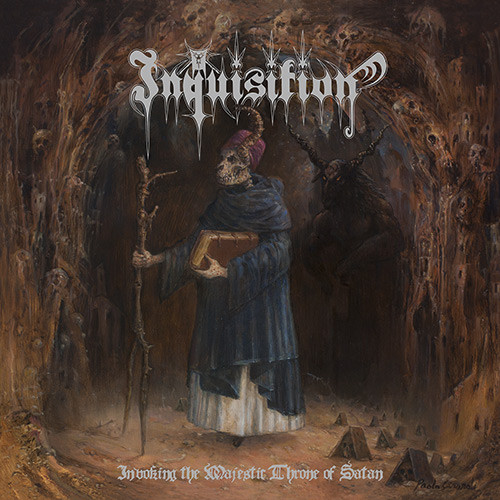 All of Girardi’s covers for the catalogue are part of an “overarching concept” intended to be viewed as a collective work, so it will be interesting to see how the design unfolds.

The albums will include the original artwork as well as the new, and these first two reissues can be pre-ordered in various formats here (the recordings are the original masters, no re-mixing or re-mastering).