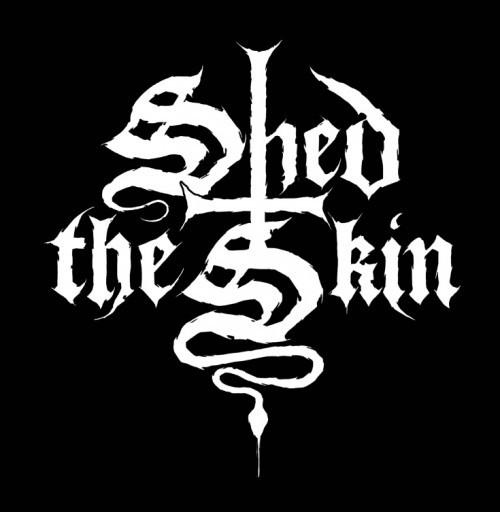 Shed the Skin took shape when Sorg and Severn played together in a tribute to Cleveland’s Blood of Christ at a memorial show for their friend Tom Rojack (Blood of Christ’s 1993 promo EP included the song “Shed the Skin”), and then decided to forge ahead by recruiting the rest of the band’s impressive line-up. 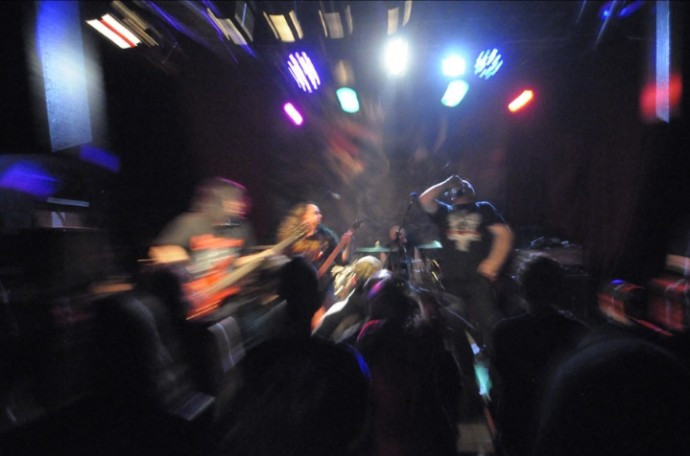 In a nutshell, Shed the Skin is a titanic death metal powerhouse, an homage to old school bands such as Blood of Christ, Autopsy, and the progenitors of Swedish death metal.

The first track’s bifurcated title reflects its two-part structure. The first part is slow and absolutely massive, the monstrous groaning tones of the doomy intro paving the way for stupendous chugging riffs and twisting guitar leads, overlaid by eerie keyboards and gargantuan growls. And then the the song explodes in a thrashing fury of blast-beats and savage, slashing riffs pierced by swirling guitar leads and a pair of attention-grabbing solos.

“The Skaphe of Christ / Rebirth Through Brimstone” is a headbanger’s delight and a sure-fire mosh trigger — and the second song on the EP is just as good. “Luminous Transgressions” is fast and rampaging from start to finish, part chug-fest and part d-beat inspired mayhem. It’s catchy as hell and thoroughly venomous.

The production and the corrosive guitar tone give both songs enormous power, and on both of them Kyle Severn turns in a precise and obliterating drum performance, while Ash Thomas’ vocals are positively horrifying. The EP was engineered by Dave Johnson at Bad Back Studios in Cleveland and mastered by the masterful Dan Swanö at Unisound.

Rebirth Through Brimstone will be released on December 12 by Hells Headbangers, both digitally and on 7″ vinyl, with the first 111 physical copies on white vinyl. If you pre-order the digital now on Bandcamp, you get an immediate download of the track you’re about to hear. And if you like what you hear, you’ll be stoked to know that the band are already working on a 10-track full-length — which now goes on our list of highly anticipated albums for 2015.

3 Responses to “AN NCS PREMIERE: SHED THE SKIN — “THE SKAPHE OF CHRIST / REBIRTH THROUGH BRIMSTONE””