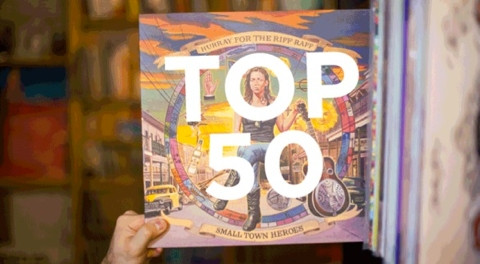 NPR (formerly National Public Radio) is an American national treasure, one that has somehow survived as a non-profit national radio and on-line broadcaster (with 900 public radio station members) despite largely weaning itself from governmental support. According to Alexa, its online site is the 138th most popular of all U.S.-based web sites and one of the top 1,000 in the world.

Today NPR Music posted a list of its 50 favorite albums of 2014. It’s a cross-genre list, reflecting the broad demographic of NPR Music listeners, but there’s some heavy stuff in the mix. As we’ve done occasionally in past years, I’ve siphoned off the metal albums from the overall list and am presenting them after the jump, just to give all us underground dwellers a sense of what’s presented to the NPR audience as the best metal of the year.

NPR didn’t rank those 50 albums, so I’m listing the metal releases in the order I saw them on the NPR list — which you can see in full here.

Yeah, okay, I was having a little fun.

P.S.  As you’ll see if you read the Comments below, NPR’s metal writer Lars Gotrich will have a genuine Best of 2014 metal list that should appear on NPR on or about December 30 (and we’ll stick it up on this site for those who don’t frequent NPR.)