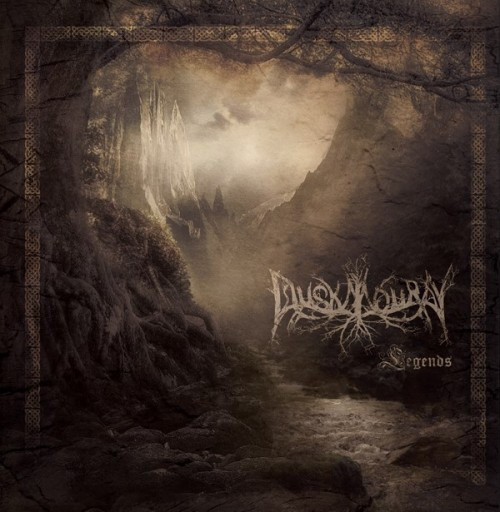 (In this post TheMadIsraeli reviews the debut album released in December by a two-man band from NJ/PA named Duskmourn.)

Do you like the idea of Omnium Gatherum with folk elements instead of more modern futuristic textures and sounds?  Duskmourn is for you.  Combining sounds of Omnium, Dark Tranquility, Hypocrisy, and something of a Be’lakor vibe, Duskmourn’s debut Legends is a satisfying melodic death metal morsel.

Duskmourn is an American duo.  There is Bill Sharpe in charge of drums, guitars, and keyboards, and Walter Deyo in charge of vocals, bass, and also guitars.  The music is feral and forlorn and has that marching-into-battle feel.  I hate saying that, because when you say that most people seem to bounce right to Amon Amarth.  There is a bit of that vibe on here, too, but it’s by no means an accurate or fair comparison. 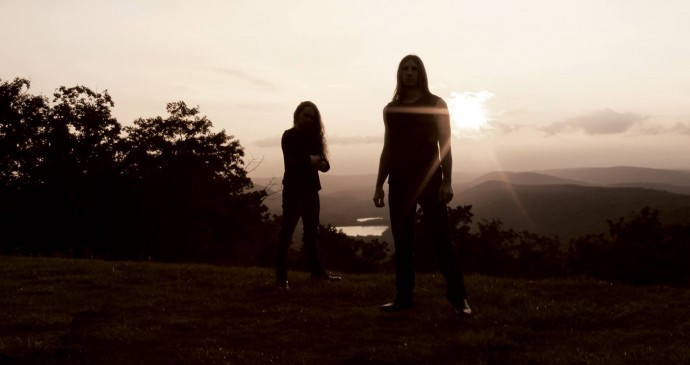 Legends is an album that plays itself pretty straight.  Duskmourn obviously just want to create well-written, driving melodic death metal with a majestic sense of power behind it.  They are all about the consistent rhythm/lead melody style of guitar work that Dark Tranquility has always loved.  Their music is either mid-paced or groove-driven, and the melodies are all pretty emotive and retain that medieval folksy character.  There are some traces of black metal, too.  Blast beats and tremolo-picked melodic lines and chords pop up here and there to offer much-needed bursts of intensity to break the band’s groove-centered attack.

I like that this album is mixed like a melodic death record from the late 90’s/early 2000’s — very airy and thick with a lot of atmosphere.  This sounds a lot like older Hypocrisy records in terms of its mix.

Not much more to say, except that these guys seem worth noting.  I enjoy this album a lot on an “it’s pretty fucking good” note.  Judge for yourself.