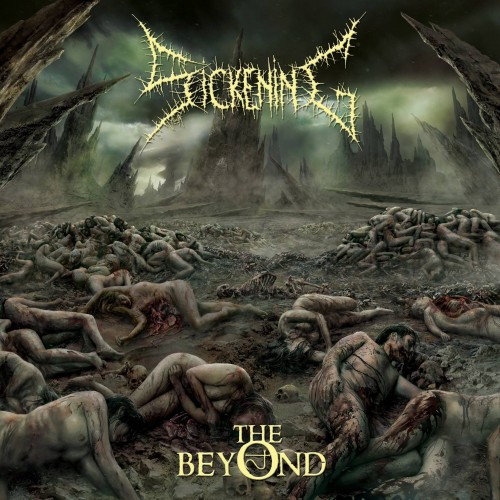 Last month we discovered that Sickening from Firenze, Italy, had completed a third album entitled The Beyond and had released an advance track called “…And then new light” — which turned out to be thoroughly obliterating. Today we have the pleasure of bringing you the premiere of a second song from the new album — “The Prophecies of Eibon”.

Before you hear it, you should be aware that this new full-length is a concept album based on the 1981 cult Italian horror movie The Beyond, which was directed by Lucio Fulci and filmed in part in and around New Orleans, Louisiana. In a vividly gruesome way, it tells the story of events at a hotel that open a doorway to death and lead to the invasion of our world by the dead.

One artifact that plays a role in the movie is an ancient book discovered in the hotel that bears the name Eibon (a name that should be familiar to fans of H.P. Lovecraft). And that brings us to the song you’re about to hear: “The Prophecies of Eibon”. 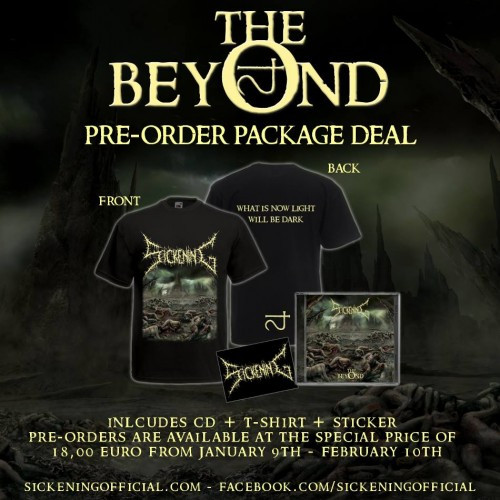 “Obliterating” is still the operative word for this new song — though “murderous”, “bone-rattling”, and “savage” come to mind as well. The riffs are both ferocious and heavy-grooved, the drumwork is a lethally weaponized fusillade that’s riveting from start to finish, and the vocals continue to summon up images of ravenous undead creatures coming for your throat.

All signs continue to point to this album as a release that will light a bonfire under fans of brutal death metal. It will put an evil smile on your faces — the only question is whether you survive the experience in one piece.

The Beyond was mixed by Stefano Morabito at 16th Cellar Studio in Rome and will be released on March 10, 2015, by Amputated Vein Records. The album is available for pre-order now at this location, at a special price that will be available until February 11:

To find Sickening on Facebook, go here. Below you’ll find both the new song and the one that premiered last month. Proceed with caution — you’ve been warned.

2 Responses to “AN NCS PREMIERE: SICKENING — “THE PROPHECIES OF EIBON””