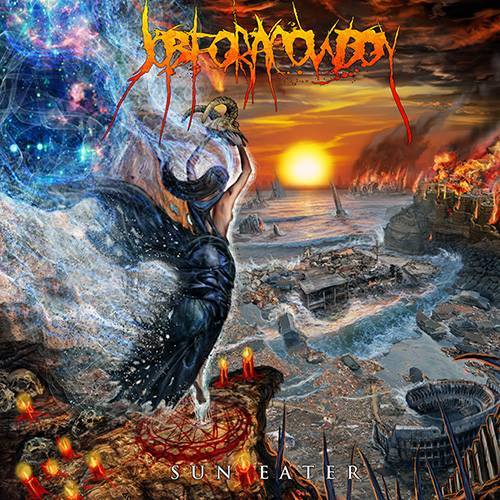 Welcome to Part 18 in the continuing rollout of our list of 2014′s Most Infectious Extreme Metal Songs. For more details about what this list is all about and how it was compiled, read the introductory post via this link. For the other songs we’ve previously named to the list, go here.

I failed to post another installment in the list yesterday, due to the annoying distractions of the job that, unlike this one, actually pays me for services rendered. However, I’m resuming the rollout today with two songs by bands who are among the best-known in the American extreme metal scene and who both released very strong albums in 2014. The cover art for both albums is also wonderful.

Andy Synn review JFAC’s new album Sun Eater for us, and I thought he hit the nail on the head:

The struggle for credibility and acceptance by the Death Metal elite has been a long and arduous one for Job For A Cowboy. Their Deathcore roots and that name certainly tend to prompt a rather knee-jerk reaction from a certain section of the Death Metal community, despite the fact that the band’s purposeful progression from internet darlings to legitimate contenders has been an absolute joy to behold.

But Sun Eater might just be the album to change a few minds.

The band’s new album sees them taking some big leaps, and some big risks, with their sound, going proggier and more melodic overall, without pandering to notions of popularity and accessibility. That’s not to say it doesn’t absolutely crush when it wants to – this is still an honest-to-Satan Death Metal record, right down to its ravenous, nihilistic core – it’s just that it’s now more intricate, more layered, and more expansive in its vision, than ever before.

I hope the day will come that JFAC’s releases can be discussed without any thought given to their deathcore roots. They’re bound to be tired of it by now. They certainly outgrew those origins long ago. And anyone who’s still dismissive of their music, without ever listening to it, is missing out on some excellent music — including the next song we’re adding to this list: “Sun of Nihility”. There’s a lot to like about this song — but one of its strongest points is the performance of the rhythm section; bassist Nick Schendziolos and drummer Danny Walker really shine. 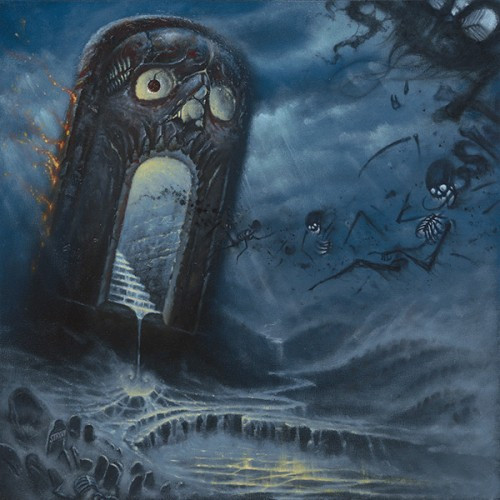 TheMadIsraeli reviewed Revocation’s Deathless for us, calling it the band’s “best record since Chaos of Forms“:

The idea of moving in a more pure, riff-driven direction with more maturity was a really smart move, and it proves that Revocation are in fact still 100% in touch with the intensity and the knack for inducing adrenaline rush that they were founded on. Deathless is 100%, back-to-front, Revocation-patented thrash-driven death metal at its best.

There are a lot of catchy (and vicious) songs on Deathless, but I think the title track is the most infectious on the album, and one of the most infectious of the year. It’s downright ferocious — fast, feral, and of course filled with blistering fretwork — but it bludgeons as well as it strips skin and the melody sticks. Also, those throaty clean vocals you’re going to hear work quite nicely. Here’s our newest addition to the list: Revocation’s “Deathless”.

4 Responses to “OUR LIST OF 2014’S MOST INFECTIOUS EXTREME METAL SONGS: PART 18”