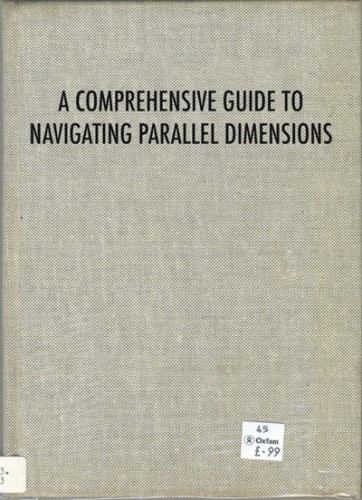 Also, I’m thinking about ordering a copy of that book up there. Do you think it would help me the next time I get in my current situation? 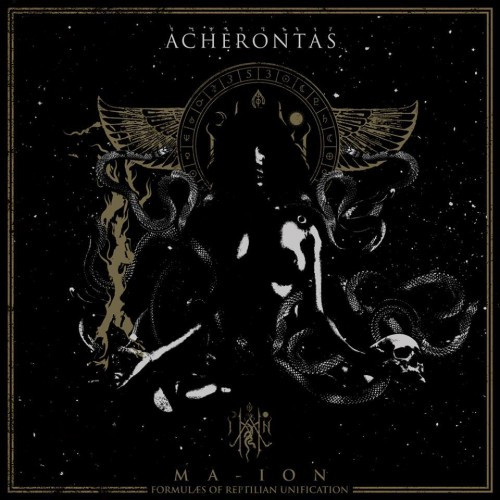 W.T.C. Productions has announced February 27 as the international release date for the new fifth album by the Greek black metal band Acherontas, Ma-IoN ‘Formulas of Reptilian Unification’. I’m anxious to hear the album, and became even more intrigued when I read that it includes guest appearances by Abigor, Malign Nightbringer, Black Seas of Infinity, Emme Ya, Tatir, and others yet to be announced.

I’m almost happy that no new music from the album has yet been released for streaming, since I couldn’t listen to it now anyway.  However, a video teaser is projected for release this coming week and a full song in early February. 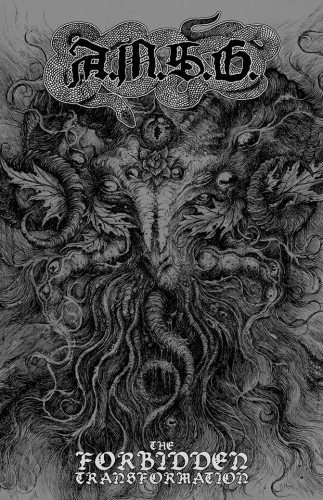 I enjoyed A.M.S.G.’s 2013 album Anti-Cosmic Tyranny (reviewed here), and last week Profound Lore announced that a new A.M.S.G. EP entitled The Forbidden Transformation will be released in mid- to late-February on vinyl and CD. The announcement says that the EP will include three songs, but that the total duration exceeds 30 minutes. It appears that these songs were recorded during the Anti-Cosmic Tyranny sessions.

As you can see, the EP features eye-catching cover art (which you can enlarge by clicking the image), created by Daniel Desecrator.

At the same time as Profound Lore revealed this news, it began streaming one of the new songs — “Luciferion Lycanthropic Lust”, which I’m including below. AngelFukk Witchhammer’s snarl may take some getting-used-to if you’re not familiar with A.M.S.G.’s music — but the music rips and merits its title. 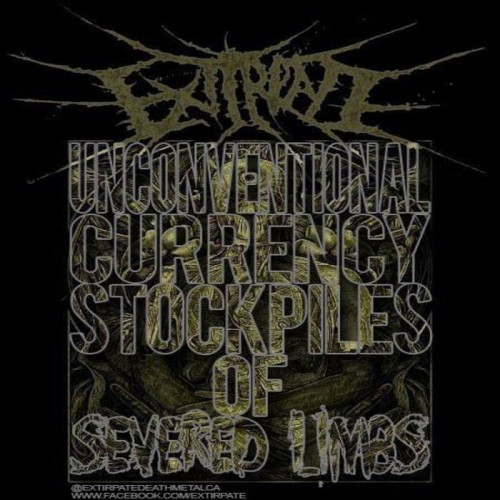 My Sacramento-based comrade DGR suggested this next item. It’s a lyric video released about two weeks ago for a song called “Unconventional Currency” by a Sacramento band named Extirpate. DGR had some nice things to say about them in a show review about two and a half years ago. Since then they’ve expanded from three to five members, and this new single appears to be their first official release after a three-song demo in November 2012.

The new song is about a father who methodically and sadistically murders his entire family. As you might expect, the music is fast, brutally-minded death metal with some technical flash, pummeling grooves, and a high/low vocal tandem.

“Unconventional Currency” is available as a digital download on Bandcamp: 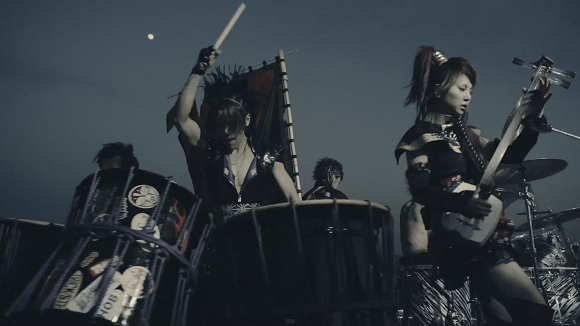 I’ve written about The Wagakki Band several times in the past — they integrate traditional Japanese instruments and traditional rock instruments into their music, and I’ve enjoyed the results. Thanks to our old pal Phro, I learned that they’ve just released a new song and video.

The title is “Ikusa”, and it was recorded as the opening theme song for an anime named Sengoku Musou. It rocks damned hard, and the video is lots of fun to watch, too, that is, if you like swordplay and beheadings — and who doesn’t?

Go here to read Phro’s own write-up about the video and the band.