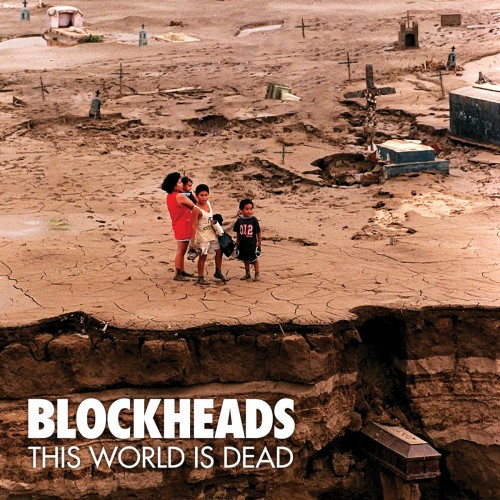 The French band Blockheads have been spitting rage at high speed for more than two decades, with five full-length albums  beginning with Last Tribes in 1995, and an assortment of split releases. Their latest album, This World Is Dead, was released by Relapse Records in January 2013, and today we bring you the premiere of one of its most devastating tracks, “Crisis Is Killing the Weak”.

Capturing on video the explosiveness of the kind of grindcore destructiveness manifested in a song like this one, and the impact it has on an audience in a live setting, is never easy. But this video does that. Filmed from multiple camera angles and artfully edited, it brings the mayhem vividly to life.

And the song really is devastating — an incendiary eruption of decimating riffs, turbocharged drumwork, and the kind of shrieks and growls that shiver the bones.

This World Is Dead can be downloaded and ordered on Bandcamp or via Relapse using the links below:

2 Responses to “AN NCS VIDEO PREMIERE: BLOCKHEADS — “CRISIS IS KILLING THE WEAK””