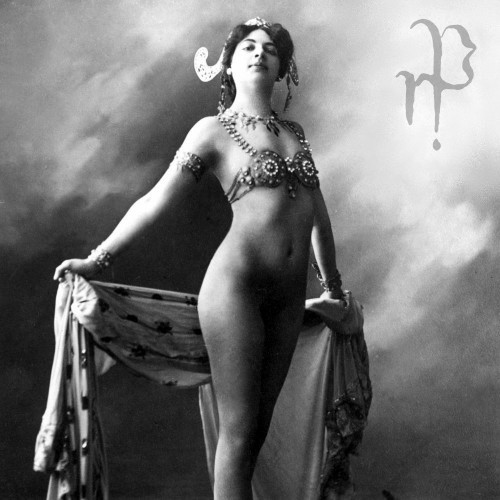 Thanks to a Facebook post from KevinP, I learned that on Friday Debemur Morti Productions released a new digital single by the German duo known as Porta Nigra. It consists of a new song named “Femme Fatale”, which will appear on the band’s second album Kaiserschnitt (due for release later this year), and a remix of “Megalomaniac” from the band’s excellent debut album Fin de Siècle. The remix was prepared by T.T. of the Austrian black metal band Abigor.

There are some truly hair-raising screams and some jagged growls in “Femme Fatale”, but it’s also an exception to our rule, as you’ll discover. You will also discover a dark, decadent, mid-paced rocker that’s powerfully infectious — the song’s central riff is licensed to kill, and there’s a cool, squalling solo in it, too. 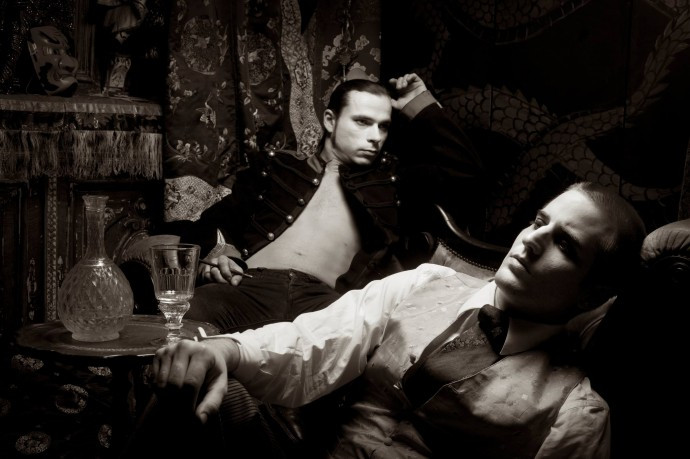 I’ve loved “Megalomaniac” ever since I first heard it (and wrote about it back in 2012). And I love this remix, too. It’s not a radical re-working, and I haven’t taken the time to pinpoint exactly how it has been tweaked, but unless my mind is playing tricks on me, there is an even stronger stench of sulfur in the music and an even more palpable atmosphere of exotic deviancy.

In a word, the Femme Fatale single is delicious. It’s a reminder of what an interesting and creatively unorthodox band Porta Nigra is, and a very tempting teaser for Kaiserschnitt — which is now available for pre-order here. The single is available as a “name your own price” download on Bandcamp.