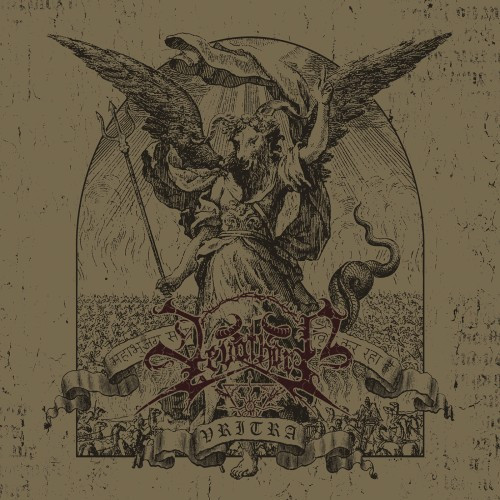 As we’ve noted more than once at this site, the last 12 months have produced a stunning number of stunning black metal releases from Greece, and the flood of blood shows no signs of abating. On February 24, W.T.C. Productions will be releasing the second album by the Athenian band Devathorn. The new work, Vritra, follows the band’s Diadema debut by more than seven years, but the time has not been wasted. As proof, we offer a premiere of the album’s second track, “Doctrina Fide”.

Vritra is named for the great serpent of legend, the archetype of the draconic adversary, the bringer of chaos and liberation. Using this symbol of arcane knowledge and otherworldly fury, Devathorn have poured their musical devotion into a chalice of sulphur flame, where it burns with obsidian light. 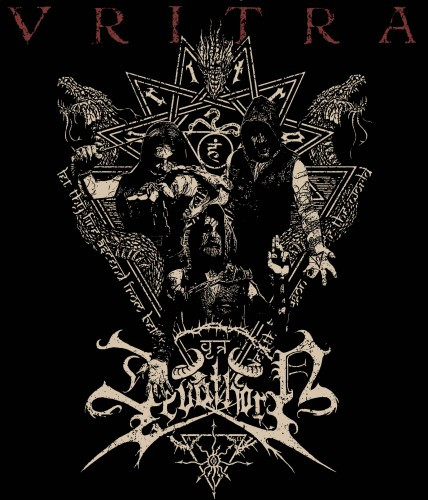 If you prefer a more prosaic description of “Doctrina Fide”, try this: It’s a raging strike of raking, writhing riffs laid over a maniacal (but pin-point precise) drum assault and the ominous rumble of low frequencies. Eerie paeans to the great dragon reverberate in the guitar melodies as a multitude of vocal excretions, from clawing rasps to tumultuous yells and ominous chants, strive to be heard. The music moves through a multitude of tempos as well, from dirge-like processionals to rocking rolls to lightning-quick riff storms. It’s a dynamic, senses-filling piece of music that’s fiery in its passion and impressive in its technical accomplishments as well.

Vritra will be released as a jewel-case CD, with double-vinyl and tape versions to follow at a later point. The album’s cover art and layout were created by Daniel Rosten and Holy Poison Design, and it was mastered by Tore Stjerna at Necromorbus Studios. The album also includes guest appearances by: