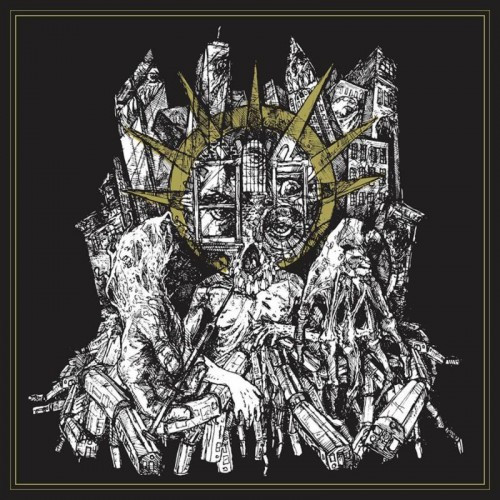 From time time that rare band will come along that ushers in a paradigm shift, one whose style and ideas will be aped by countless other groups, the majority of which will never be able to improve upon what inspired them. Throughout the history of metal (and all other musical genres) this pattern has held true, no matter how much the metal community likes to talk of the good old days where everything sounded unique, which is a revisionist lie. However, though a rare accomplishment, there will always be a few acts capable of shifting and squirming out of the confines of their influences and branching out into new territory.

As modern metal has increased in complexity, genre-defining bands such as The Dillinger Escape Plan, Meshuggah, Necrophagist, Gorguts, Ulcerate, and Deathspell Omega have provided inspiration that, in most hands, amounts to little more than re-tread templates used by bands who have a hard time making it their own. I mentioned Deathspell Omega last because their surging influence in black metal, and recently in death metal to degrees, is something I welcome, but often those who take influence from them seem to produce music that is more “in the vein of” than anything which improves upon Deathspell Omega or takes what they did to a musically new or different place.

As I said though, it’s a trend I am definitely behind, as it has led to a paradigm shift in the sound of many newer black metal bands. Yet I still do want to hear someone build upon that foundation to create something new rather than repetitive.

All of this is on my mind because New York City-based Imperial Triumphant have done this. They are the real deal — they have drawn inspiration from Deathspell Omega, but they’ve managed to meld that with classical influences, droning psychedelia, and an often death-metal-styled ruthlessness, coming out the other side with a warped sound distinctly their own.  Their new album, Abyssal Gods, is everything they’ve done before, yet taken to so many higher and darker levels, showcasing even crazier, more manic drumming, even more insane songwriting, and somehow, even weirder riffs than before. 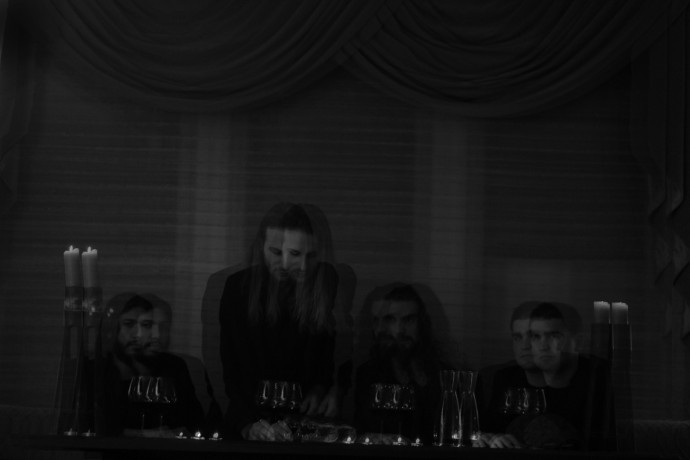 An album such as this isn’t possible without forward-thinking and eclectic musicians, and this one features not only an incredible array of talented guests, but also a core of some incredible people. Main composer and founder Ilya Goddessraper plays guitar, performs vocals, and brings his considerable knowledge and studies in classical music into the fold of the band’s sound as well. The band share both their bass player and their drummer with fellow NYC forward-thinking metal act Pyrrhon. Erik Malave is not only an incredible bass player, one who rarely just follows the guitars, but he has also always been given a warm, audible spot in the music that has added a lot of contrast and counterpoint.

Finally, the band’s drummer Alex Cohen is one of a kind, his background in jazz bringing plenty to the table, along with his eclectic diversity of style and his experience in so many other diverse musical groups. And on this album, as on the band’s last EP, Goliath, the drum performance is split between him and drum god Kenny Grohowski, the drummer for Secret Chiefs 3. As each of them has a completely different style, this serves to add even more diversity to the wealth of unique ideas that the album offers. Their split contributions here combine to create one of the most incredible drum performances I’ve ever heard on a metal record, ever.

The album has a wavering, multi-faceted nature, as the band have always had, veering from psychotically crushing to droning, stuttering collapses, to odd yet mesmerizing psychedelia. This album also has a very defined flow. The first several tracks are demented beatdowns that surge with strength and unholy venom, strangling you from the onset. The album then unfolds in different directions after this initial storm of confusion and horror.  “Celestial War Rape” offers an orchestral/choral break that breathes with a haunting dread, a foreboding pause before the next bout of insanity takes hold on “Opposing Holiness”.

While each track is full of memorable moments, “Opposing Holiness” takes the cake for its success in combining all of the many facets of Imperial Triumphant together — a bountiful burdening of some of the greatest bass playing you’ll ever hear in black metal, rapturous vocals, incredible drumming, and slithering, bizarre riffs. The track also features a split-second ragtime false break reminiscent of something Cryptopsy might do, immediately followed by a blazingly powerful drum progression that hits like a bed of nails to the face. It’s so demented it makes me laugh, but hey I’m weird.

After that track, the album continues to reveal other sides of itself in “Krokodil”, the longest and most expansive track on the album — which we joyfully premiered yesterday here at NCS. The track heaves and groans, like death trying unjustly to return after life, a blasphemous incantation that undulates with a dead pulse. Full of multiple movements and a plethora of moving parts and shifts in tempo, “Krokodil” exemplifies the band’s classical influence in song structure, where few parts are repeated and the music twists and turns in its own unique way.

After that, “Twins” comes in and serves as one massive act of severely disorienting chaos, often bizarre and droning, yet still blasting forward in equal measure.  Following it is the second film-score sounding, classically oriented, and church-music-inspired piece, “ Vatican Lust”, an inspired work that transitions nicely into the aptly titled “Black Psychedelia”. Imperial Triumphant have always found a way to take drone and throw it into a black metal context in a way that comes across as both hypnotic and psychedelically trippy. Lest you think that’s all it is, the track is still massively vitriolic and aggressive at the same time.

Finally, the album comes to a close on “Metropolis” a piano-fueled piece that seems purposefully disjointed, like something out of the insane compositions of famed composer Nancarrow. A delightfully disturbing way to end the album, the band descending into an unsettling cacophony to further fuck with your sanity, or what little of it remains by the time you get this far into the album.

Abyssal Gods is not only a high point for a band who have already released some truly incredible music, it is also an album that truly is an evolutionary milestone within the black metal genre. It’s almost as if Imperial Triumphant found a way to channel every dark and vicious part of human nature, every violent, fearful, and horrific thing, and made it all real in audio form, like a living testament to nightmares captured in sound, ripe with trembling disgust and unwellness. Records like this don’t come out every day, nor even every year. Abyssal Gods is a stunning and surreal piece of perversion and an ode to decay that deserves more than mere accolades — it deserves to be remembered for all that it is, long after most albums pass out of memory.

Abyssal Gods will be released by Aural Music/Code 666 on March 10, 2015, and can be pre-ordered here. It was recorded at Solitude Studios in Pennsylvania and Amy Mills Studios in New York, and it was mixed and mastered by Colin Marston (Gorguts, Krallice, Nader Sadek, Atheist, Origin, etc.). The album art was created by Andrew Tremblay. Below you can listen to “Krokodil”, and to stream one more song from the album (“Dead Heaven”), go here.