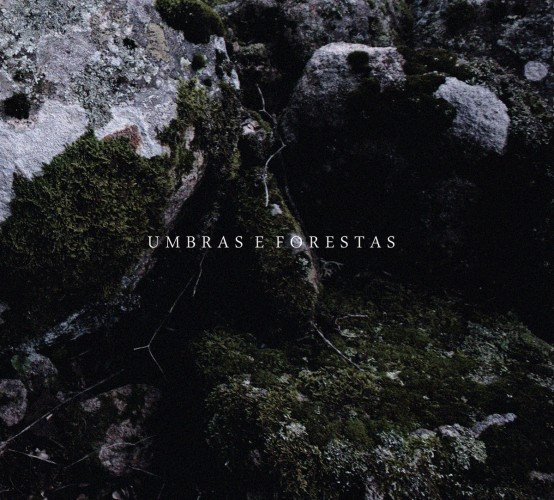 (An old subject, and probably not much new to say about it. I get like this when I’ve had too much to drink. At least there’s some good metal at the end.)

We’re not an overtly political site. I emphasize the word “overtly”, because if you’ve been paying attention, you can probably figure out that we have our views, and they influence what we write and what we write about.

But it’s not the result of any kind of editorial edict. We all write what we want to write about. There are no assignments here, there are no litmus tests. Maybe that’s a strength, maybe that’s a weakness. But somehow, I think we do have a basic world view, one that all the writers subscribe to. It’s a minimalist communion, because we are far from clones of each other. The only communion is the worship of art. Our goddess is The Muse, our god is Pan. Except, those are metaphors — we have no god in what we do here, we praise the achievement of human inspiration and talent.

Up to a point. For many music fans it’s impossible to separate the creator from the creation. And to varying degrees, we have trouble doing that, too. Ninety-nine percent of the time, it’s not an issue — 99% of the time we don’t really know what bands believe, and 99% of the time their music isn’t dedicated to any controversial philosophies. Resistance to authority, rebellion against the imposition of structure by people who mean nothing to you, revulsion against religious dogma — those really aren’t radical views, and they’re increasingly less marginal, even in society as a whole. That view of the world might be a revelation to 18-year-old’s, but it’s old hat to most 40-year-old’s. It means very little in judgments about the quality of metal.

That’s not a criticism. If you’re 18 years old and you don’t feel intensely about every goddamn thing, then you’re wasting your life. It’s really a criticism — partially — of the people who are 40 years and older who are already running out of gas, and the people who are 18 and think they’ve run out of gas. But only partially. I’ll come back to that.

There is a dividing line among music fans, certainly one among fans of metal. On one side are fans whose beliefs about the world — their politics — are inseparable from their tastes in music. If the lives of the creators of music, or the lyrical themes of what they create, are at odds with the strongly held views of the observer, then the creators might as well not exist. If you are anti-fascist, anti-racist, straight-edge, atheist, Christian, Satanist, nihilist — and you hold those views in your heart, somewhere down in the molten core of your being — then it can’t help but influence the music you love, and the music you reject.

On the other side of the dividing line are uncomfortable people like me. We believe what we believe, we’d like to rigorously apply what we believe to the creators of music, but we’ve convinced ourselves that it’s not so cut-and-dried. I think it’s largely a function of age, but not simply that. Some people are set in their ways, they don’t really change in any fundamental way as they grow older. Other people, like me, as they grow older and older, they convince themselves that all people are flawed, some more than others, and that most people are also beautiful despite their flaws (at least if you look hard enough). We convince ourselves that creative genius is to be admired even when it comes from someone you wouldn’t want to spend five minutes with over a strong drink. Speaking for myself, I’ve become more tolerant, more forgiving, over time. I try to respect intensity of belief, as long as it doesn’t harm others, even when I scratch my head about it.

And so people like me, we admire the music of Burzum despite the deplorable personal views of the genius behind the music. We don’t dig too deeply or dwell too seriously on the personal philosophies of other creators, even when we hear uncomfortable rumors (or even more than rumors) about what they believe. Life is full of pain, and life is full of people who want to divide us for their own purposes, when the consequence of that egoistic strategy is simply more pain. So why should we do one damned thing to support that philosophy?

And yet, The Muse beckons. Art conquers all, or almost all. Life is but a candle flame, snuffed out way too soon. Art is immortal, and exists as itself, independent of the creator. What do any of us leave behind that survives the silencing of our own breath but the effect we have on others who still live, and who have not yet been born? Art is not the only way that people have that effect, it’s not the only way we can say to ourselves that our life has had meaning, but it’s certainly one very tangible testament.

What I’ve just said is a highly debatable proposition. I know other metal writers who have come to the realization that there is simply no persuasive reason to support the art of people who have no respect for the equal dignity of their [dead and rotting] brothers and sisters, and who don’t accept that every [dead] man is their brother and every [rotting] woman is their sister. And that’s why I’m uncomfortable — because that kind of principled approach to judgments about the worth of art holds a strong appeal. If it doesn’t make you uncomfortable to think about it when you praise the art of people who are bigoted and intolerant, then that’s worrisome.

So, I go back and forth. As I said, 99% of the time, it’s not an issue. The other 1% of the time, I knot myself up. I squirm over the sacrifice of my principles, if that’s what it is. I guess that in my old age I care almost more than anything else about passion and the fire that it lights under the cauldron of creativity. I turn a blind eye, and I simply feel the heat in my bones.

If it isn’t obvious, I wrote this under the influence of alcohol while thinking about a particular album that I don’t need to mention. So feel free to explain in the Comments all the ways I’ve gone wrong. I’ll have found many of my own when I sober up after a good night’s sleep.

P.S. I really hate writing anything on this site without music, and so I leave you this, which has nothing to do with the issues at the heart of this post… except it’s full of passion and I was listening to it as I wrote the blather above. The first piece below is is a teaser reel for Umbras de Barbagia, a forthcoming album to be released in March by Avantgarde Music by the Argentinian band Downfall of Nur. It cuts to the bone, it heats the blood, it quickens the breath, it pulls you out of your mundane surroundings and sends you soaring on astral waves, it floats you down to earth on the wings of sublime violin strings. It’s the kind of music that makes you feel life worth living, even in dark days. And it’s not even one full song.

But in the second player below you can hear full songs from the same band. It’s a 38-minute EP released last August. In my current state of mind I’m thinking this should outlast all of us, if there is any justice in this damned world. It’s a brilliant record, and one that deserves far more words than I have time to lay on its altar right now.

P.P.S. Having read this again in the cold, sober light of day (the part before I got to the music), I think I need to have a breathalyzer interlock device attached to my keyboard. Jeez, I do get sappy when I’m wasted. I do still really like that Downfall of Nur, though.