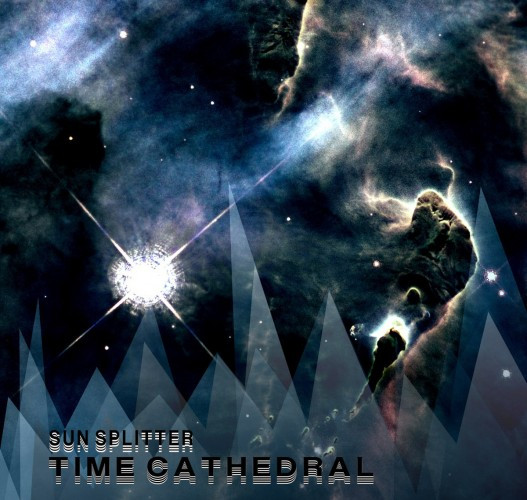 I heard about this Chicago band through a recommendation from one of the nameless members of Venowl. I’ve now forgotten what topic we were discussing that prompted the recommendation, but I hung on to the name, as well as the link to the Sun Splitter Bandcamp page. Their most recent release is an album named Time Cathedral that came out in January of this year.

The album consists of two very long tracks in the middle and two somewhat shorter ones as bookends. For test purposes I decided to listen to the first of those long tracks, “The Anthropocene”.  Describing it succinctly is a challenge — it doesn’t fit neatly into any widely-recognized genre pigeonhole — but I sure as hell enjoyed it.

It’s slow and methodical, with big, moaning doom chords interlaced with distant rhythmic thumping at the start. As the song unfolds, a dismal, layered guitar melody begins to flower (like some dark, thorny nightshade), the rhythm quickens, and the ghostly, alien noises that have been present since the beginning grow in volume, like some psychoactive substance you didn’t realize you’d eaten beginning to kick in. Eventually, a human voice is heard, a deep, droning sequence of words that enhances the hypnotic character of this bleak piece of spell-casting. Very cool, but very forlorn.

(After finishing this post I found a very good review of Time Cathedral at CVLT Nation that I’d recommend if you want a more thorough discussion.) 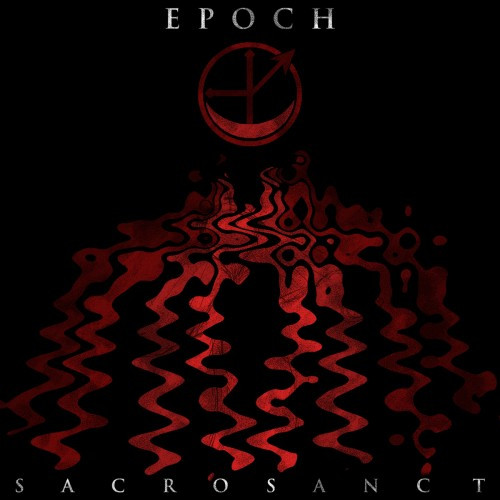 KevinP sent me a link to this band’s album on Bandcamp, the name of which is Sacrosanct. He, in turn, received it from a Greek musician who verified that the musicians in the band are Greek, though I’m unclear where they are currently located. I also know nothing else about Epoch — after a few minutes of web sleuthing I came up empty-handed.

Sacrosanct was released on February 26, and I listened to the album’s seventh track, “Fear Ritual”, since it’s set to play first on Bandcamp. Very interesting song — a writhing piece of blackened death metal that swarms with discordant, diseased melody and hyper-speed drum blasting. The instrumental music in the song is seething and deranged, but the vocals are deep as the abyss and the words come out slowly. There is an air of occult, otherworldly horror in this music… and I really like it. 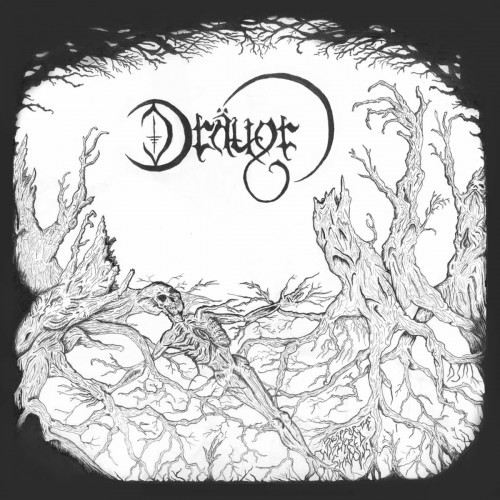 Dräugr is a one-man operation (Dustin Matthews) from Grad Rapids, Michigan (there’s a band from Italy named Draugr that I’ve written about in the past; umlauts are important). The band’s debut EP Despair the Withered Shadows was released January 30 — for free on Bandcamp — and my NCS comrade BadWolf recommended it.

There are four tracks on the EP, three of them long works, and I randomly picked one of those — “Shrines To Decadent Splendor”. It’s a mystical piece of music, beginning with acoustic guitar and high shimmering electronic tones and then picking up some weight as big, slow riffs wade in. While the vocalist growls and howls like a leviathan, the lead guitar traces a serpentine melody in the tarry current of the song.

Here and there, the tempo of the music becomes faster, to the point of rocking out, but it always collapses back into a doom crawl as increasingly intricate and multi-layered guitar patterns fall into place. Something about those interlocking guitar parts made me imagine a piece of progressive stoner-doom chamber music. Whatever you call it, this is good stuff. It will be interesting to see what else lies in store on this EP. 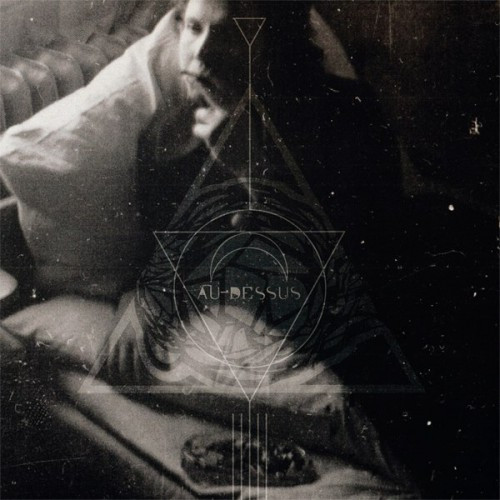 Au-Dessus are a Lithuanian band whose debut EP (self-titled) premiered yesterday at Poland’s Musick Magazine. They’re the the only band covered in this post who didn’t come my way via a recommendation from a friend whose musical tastes and judgment I know fairly well. Instead, a fairly recent acquaintance on Facebook invited me to like the Au-Dessus Facebook page. That’s how I discovered the EP had just gone up for streaming. I thought, what the hell, I’ll just pick them as the final stop on this MISCELLANY tour.

The tracks on the EP appear to be titled only with Roman numerals. So I picked the first track — and then the second one, because I liked the first one so much. The music is ripping, ravaging, blasted, doom-drenched black metal (or perhaps “post-black metal”). On the first track, the band alternate between unleashing a whirlwind of riff savagery and pounding mercilessly with highly distorted, thoroughly morbid chords.

The second track is a 9-minute piece. It’s just as pulverizing as the first song. It begins with enormous, slow, doom-shrouded notes — and then the music begins to vibrate with an unholy radiation, the ugly tremolo-picked chords segmented by potent riff-blows. As it moves forward, a potent guitar melody begins to shimmer through the noxious cloud of ominous chords, and threads of bleak melody surface again as the song unfolds, accompanied by clean vocals. (Speaking of vocals, with that brief exception, they’re absolutely vicious — sometimes flesh-flaying shrieks and sometimes horrific roars.) As the song approaches its climax, it becomes an overpowering storm of sound.

I have no doubt I’m going to go back and finish listening to this EP — I found the two songs I heard to be really impressive. I’ve embedded the stream below.

It’s available for order in various physical formats at Witching Hour Productions (here).  UPDATE:  And the entire album is also now available for download at the Bandcamp link below: