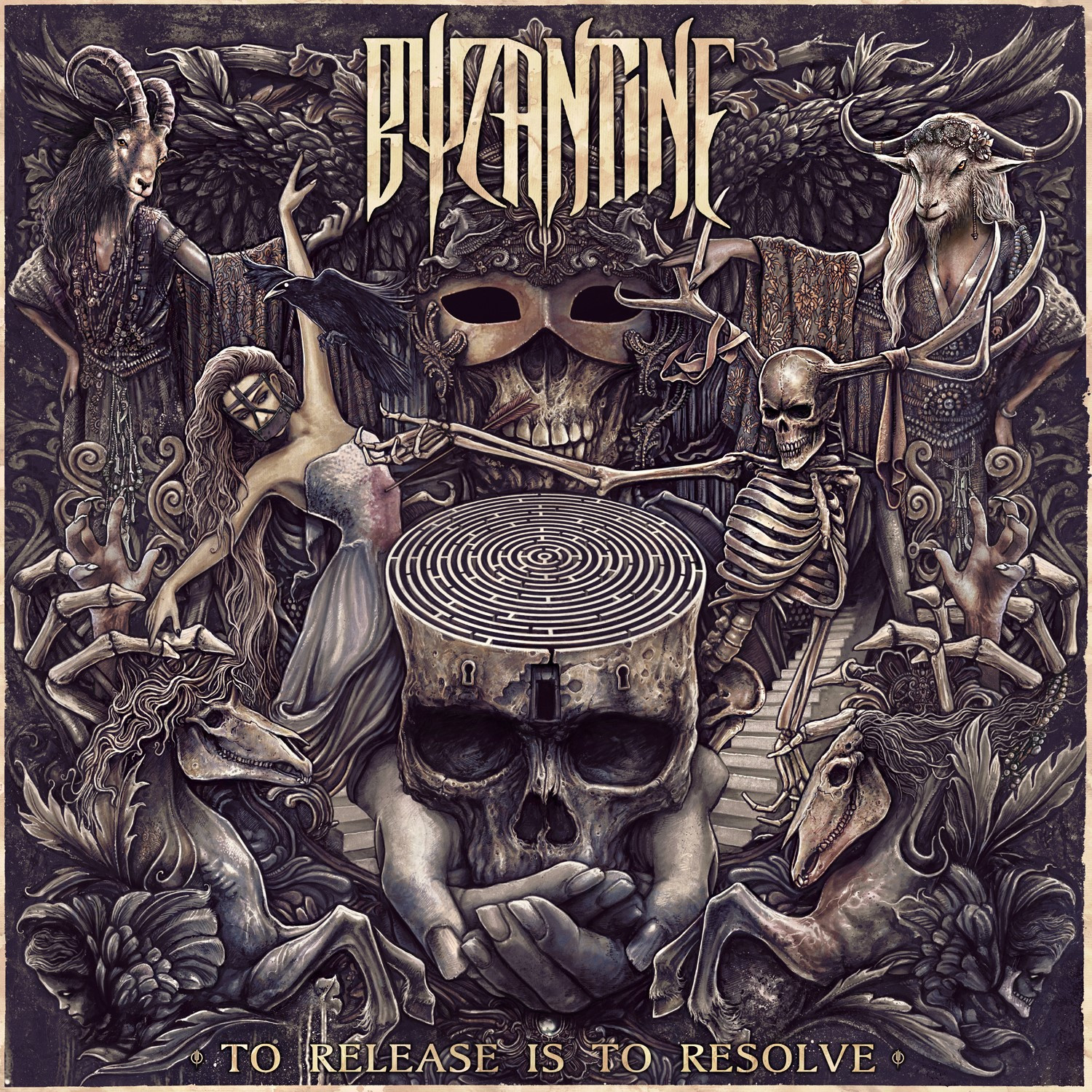 Anyone who could get to sit down and have a real, lengthy chat with Chris “OJ” Ojeda would quickly learn that the dude is one of the coolest cats you could have the pleasure of talking to. He’s still got a youthful passion for metal, as if he hadn’t aged from his teenage years at all. I remember back in the early/mid-2000s a marketing term being thrown around, the meaning of which I was never sure of: “working man’s metal”. If you take the words literally, Byzantine are certainly that. For OJ, music really has been the thing he gets to indulge once the rest of life is taken care of. Yet Byzantine’s music is one of the most compelling cases for the argument that some of the best metal is written when it’s not created with careerist intentions.

Normally, I would have been afraid that To Release Is To Resolve wouldn’t stack up to the band’s previous work. They lost two members who contributed a lot of touches that made the band: Michael “Skip” Cromer’s bass playing and back up vocals were gone, as was Tony Rohrbough, one of my favorite guitarists of all time and a hard-to-replace identity in the lead guitar slot. However, I didn’t have that hesitation, because since my introduction to Chris when I reached out to him concerning my retrospective of their discography, I learned that Ojeda is, in many respects, Byzantine incarnate. This is his baby, and he wouldn’t allow it to stagnate or put out material that wouldn’t be up to par. 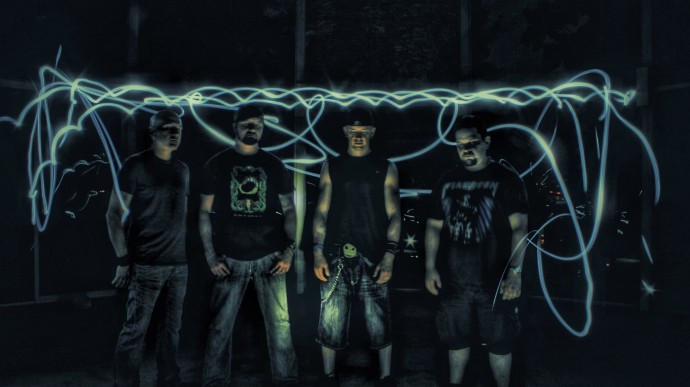 So the band is back with a new bassist, Sean Sydnor, and a new lead guitarist, Brian “Hendo” Henderson. This injection of new blood has really done a lot of good, reinvigorating Ojeda and drummer Matt Wolfe to push the limits, and the contributions of these newcomers turn out to still feel very Byzantine in nature. Brian Henderson is worthy of special note, because while he isn’t Tony Rohrbough, he definitely sounds like a part of the Byzantine collective, and his own identity from a solo standpoint doesn’t sound the least bit out of place.

To Release Is To Resolve is the band’s best record since …And They Shall Take Up Serpents. Serpents was my favorite Byz record, and this in a lot of ways feels like a sequel to that. A lot of the diversity that was found on their self-titled comeback has been shelved in the name of the band re-embracing the youthful bludgeoning of their earlier output, as well as bringing back some of the proggier eccentricities from those days. The band also explore quite a bit of territory in terms of longer, more unhinged, and less controlled songs. Ultimately, this has turned out to be for the better.

The snake slither and stomp of “Scold’s Bridle” is an odd choice for an opener, conventionally speaking. All Byzantine albums up to this point have always opened with a thrasher, so it comes as a surprise to hear the band start this one with a weighty slug-fest like this song. Its main riff, though, is infectious, and immediately Ojeda’s vocals sound more vicious than ever. This song is something of an exercise in skull-cracking hypnosis, remaining committed to its groove and cadence like a Crusade-era zealot. The latter half of this song truly showcases Byzantine’s evolution on this album, with a sprawling two minutes of prog-driven exploration. The solo, and the tasty riff fest after the solo, are particular highlights, as is the ending breakdown, which sounds like Gojira if they regressed into a slam band. 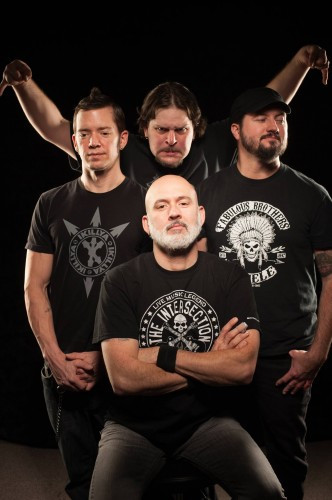 “Justinian Code” is a majestic battle anthem of a song. It charges forth like a unit of cataphracts crushing everything in its path. The opening riff, the central callback riff of the song, is a titanic lance-thrust to the chest, accentuated throughout by different variations and tiny touches that make it attack you in a different way every time it comes back around. The verse riff delivers a meaty, dissonant impact that is reminiscent of the sort of alien yet played-straight nature of a lot of Meshuggah’s Contradictions Collapse.

The song is also Byzantine’s first lengthy venture into proggier territory. “The Justinian Code” clocks in at a little over eight minutes, and after the vicious mid-paced thrashing the song gives you in the first half, it turns into a melodic anthem and recedes into one of the best softer sections Byzantine have ever written. The chord progression is melancholic, and Henderson plays soulful emotive leads over it while Ojeda’s cleans, also full of soul, radiate over the clean guitars like granite quality angel dust.

This all builds up to the most brutal climax I think Byzantine have ever had in a song. It’s a breakdown that has a shit-ton of beef to it with ear-piercing dissonance interlaced. The following explosion back into the song’s central riff and the ensuing final solo under a Meshuggah-school polyrythmic assault end the song nicely.

“A Curious Lot” is a Southern-fried, stomp-driven riff fest with some of the coolest riffs Byzantine have ever written from their Southern influences. It’s also the shortest song on the album, and is pretty playful compared to the absolute beatings the first two tracks administer. That doesn’t stop it from kicking your teeth in — the climax of the song, a riff that hits you like an At The Gates-flavored sucker punch, provides plenty of beef along with the sense of swagger that the song embodies. 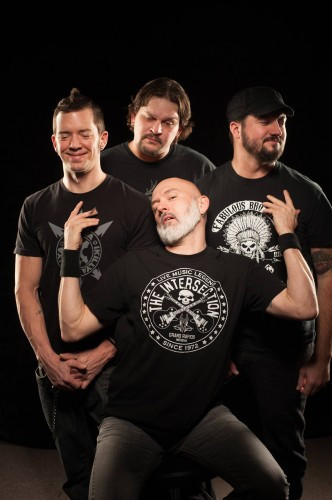 “The Agonies” is an adrenaline-spiking thrasher that feels like getting overwhelmed by a gang of the Varangian Guard. A titanic galloping riff drives the song into your skull like a jackhammer, and the solo in this song is awesome, as is the groove that comes in under it. It’s a classic Byzantine Bay-Area-thrash worship song.

“God Forsaken” is definitively my second favorite song on the album next to “Justinian Code”. It begins with a gorgeous melancholic introduction of clean guitars and OJ’s haunting croons. Henderson also provides some compelling lead guitar during this section that gives the music quite a bit of texture. This weapon really stands out to me in the Byzantine armory, a plodding, off-time melodic dirge that shatters earth with escalating force as it progresses.

“You Sleep, We Wake” is an explosion of counter-point chaos. The drums and the guitar, while in tempo, are playing at two entirely different rhythmic cadences, creating a twisted, warped sensation that sort of fucks with you. 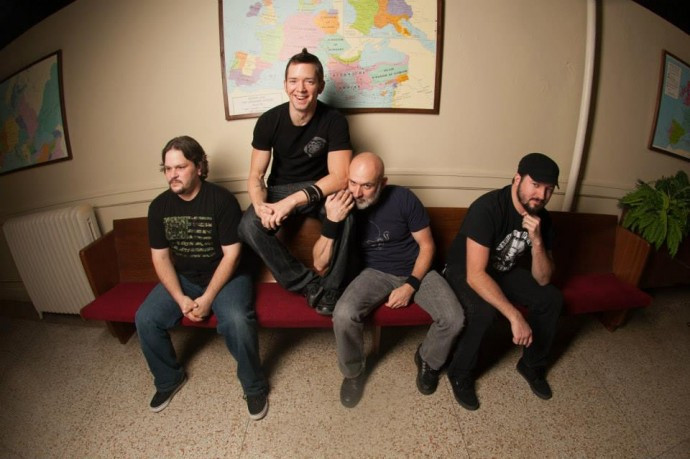 “To Release/To Resolve” are the last two tracks on the album and are actually one song. As a closer, clocking in at ten minutes plus, it’s a sprawling melodic affair with a captivating song structure that really brings home the culmination of all the growth this album embodies. The songs’ main riff is a bulldozer, slide-driven performance that’s really cool, but the standout is what comes from the midsection of the song to the end. Some of the clean vocal harmonies are just gorgeous, and the best solo section of the album make an appearance. It’s one of the best songs Byzantine have ever written, and further solidifies the conclusion that lengthier, more unhinged songs seem to be the next step in their growth.

Byzantine really fall into a category for me now where they are so consistently good that the suspense of awaiting a new album is almost gone. Vader, Napalm Death, Revocation — these are all bands whose albums you can just assume will be excellent before hearing them, and Byzantine now definitely belong in that category of bands. The best material the band have ever written is on this album, and it includes some of the high points of their discography; the craftsmanship and love of the music bleed through in every second of it.

Byzantine are truly one of metal’s most underappreciated treasures, and To Release Is To Resolve only adds to the evidence  supporting that.

To Release Is To Resolve will be released on April 7 via CEN/RED Distribution. To pre-order, go here. You can check out the two singles released thus far over at Metal Sucks and Decibel.

13 Responses to “BYZANTINE: “TO RELEASE IS TO RESOLVE””