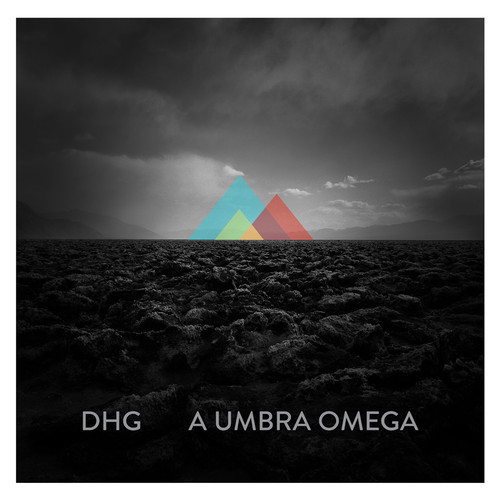 It seems I’ve picked up a taste for the strange recently. Whether it’s Porta Nigra’s latest foray into exotic metallic melodrama, or the burgeoning anticipation of Sigh’s newest musical menagerie, it seems there’s any number of acts ready and willing to delve into the uncharted waters of the weird.

Resurgent Black Metal mariners Dødheimsgard are certainly more than familiar with the pull of stranger tides, as over the years these currents have carried them from their origin point as part of the genre’s eminent “second wave” out to the very edge of its ever-expanding event horizon, dwelling right on the fringe of what might be considered as Black Metal.

A Umbra Omege, their first release in eight years, is undoubtedly a challenging, provocative piece of work, and – true to form – is definitely not an easy listen. It constantly confounds expectations, tacking off on unexpected tangents and swerving unpredictably away from where you think it might be heading in a manner that will surely prove as divisive as it is curiously compelling. 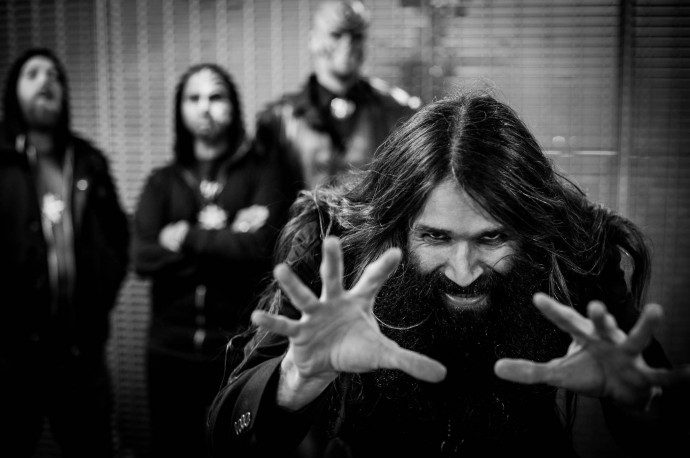 In lesser hands (naming no names) such unabashed dedication to pushing the boundaries of acceptability and this refusal to even acknowledge the defining constraints of Black Metal might come across as little more than pretentious post-modernist wankery… but Dødheimsgard are undeniably masters of this sort of provocative – often confrontational – artform, fearlessly walking the thin line between genius and madness, between the sublime and the ridiculous, with nothing to prove to anyone, least of all their critics and detractors.

In a sense A Umbra Omega reminds me of David Mitchell’s seminal Cloud Atlas (the book, not the film, which I have not seen) in that each track, each chapter, tells a story which seemingly stands apart from the others, divorced in space and time, yet built from the same ingredients, and laced with subtle threads of continuity. And it’s only on reaching the end of the story, stepping back and looking at the album as a whole, that you can truly see how it all ties together.

As such the spectral ambience of “The Love Divine” serves, essentially, as the author’s foreword, both a welcome and a warning, with the following five tracks each existing almost as a stand-alone entry in this weighty, interlinked anthology of sound and shape.

From the perplexing psychosis of “Aphelion Void” – which begins life as a crippling blast-and-burn assault of warped tremolo riffs and abstract, unstructured vocals, before undergoing a series of bizarre metamorphoses, stretching and straining at the leash, spattered with splashes of saxophonic colour and spiralling patterns of unsettling piano – to the post-industrial messiah complex of “Blue Moon Duel” – whose grand procession of twitchy, insectile riffs, raving, cathartic vocals, and omnipresent atmosphere of cold malevolence is broken up by moments of empty, void-like ambience and interjections of autoerotic extremity – each song takes on an unholy life of its own, each one standing separate, defined, unique from its brethren, yet united by common threads of language and history. 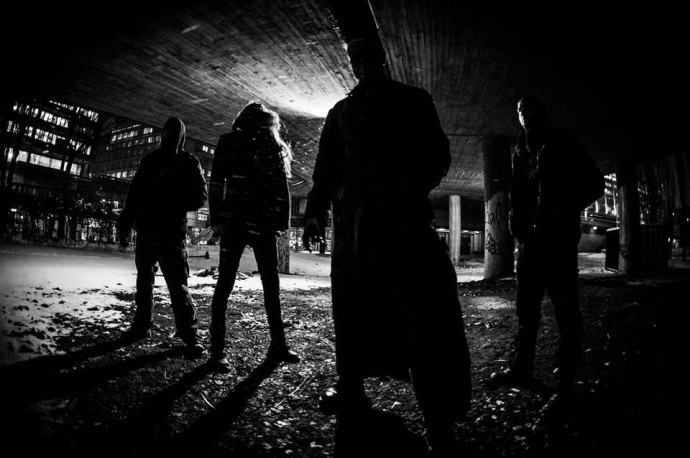 Huge swathes of the album are as furiously and undeniably Black Metal as anything the genre has ever produced, be it the coiled, cataclysmic assault that opens “God Protocol Axiom” or the undercurrent of outright loathing and hatred which underpins “The Unlocking”. Yet, just as undeniably, there are moments of madness where the band seem as far from their blackened roots as it’s possible to be, erring closer to experimental Jazz or psychedelic Prog than to anything clad in spikes and corpse-paint.

“The Unlocking” in particular juxtaposes blizzards of blackened tremolo work and blistering blast-beats drawn straight from the nightside eclipse against extensive periods of outright strangeness and experimental shades of sonic impressionism, wilfully forcing the two together with almost arrogant disregard for structure or convention.

And it’s clear, from first listen, that the band themselves positively relish the sort of cognitive dissonance this approach induces, making no attempt to blend these opposing styles into anything more palatable or easily digestible, gleefully revelling in all the chaos and contradiction which ensues.

But is it Black Metal?

Definitely. In spirit at least, if not always in sound. Still you get the feeling that the band wouldn’t be too fussed if you told them they weren’t. They’re far too busy making their own art to care about such petty considerations.

Call it divine inspiration, call it creative genius, or just call it pure luck, what Dødheimsgard have produced here, whether by hook or by crook, is an absolute masterpiece of divisive, deviant, shamelessly different and defiantly distinctive, musical art.

A Umbra Omega was released earlier this week by Peaceville Records and can be ordered here. The entire album is streaming at this location. “Aphelion Void” is below…

3 Responses to “DØDHEIMSGARD: “A UMBRA OMEGA””