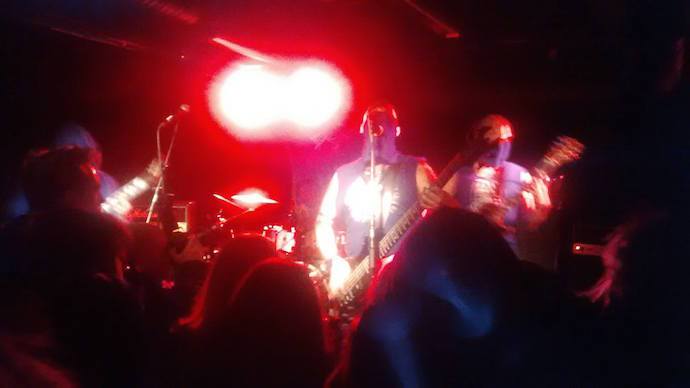 (Andy Synn took in the sights and sounds of the Inferno Festival on April 1-4, 2015, in Oslo, Norway, and this is the first of a multi-part report about his experience. Andy took the photos as well.)

Once again last weekend I was lucky enough to be able to attend Inferno Festival in Oslo, which this year is celebrating its 15th Anniversary, with a frankly flabbergasting line-up of bands that could almost have been hand-picked for yours truly, including some of my absolute favourites as well as a number of bands I’ve been dying to see live.

For those of you who are unaware, the Wednesday night always serves as a pre-festival “Club Night” and kick-off party, with a variety of different bands playing at different locations scattered around in relatively close proximity to the main venue. With the right pass (which, thankfully, included my fancy pink “Press” wristband) you can wander freely between the different places, picking and choosing what artists you want to see.

I decided (for reasons which will become clear) to focus my activities around the new Vulkan arena, and particularly the smaller Pokalen bar down in the lower level… 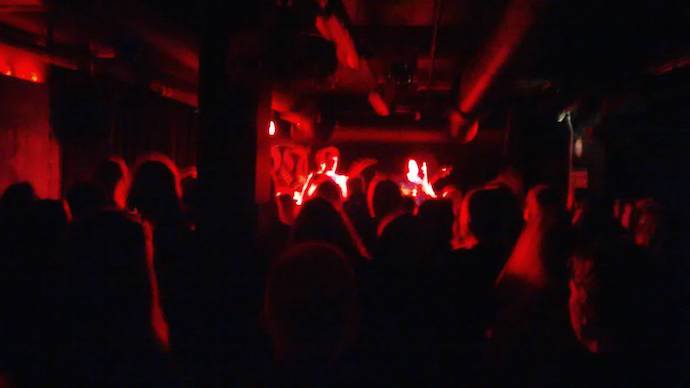 The first band of the evening was the scathing assault of Icelandic Black Metal heathens Misþyrming, who opened up the Pokalen stage with a veritable barrage of raw, seething aggression. The band’s warlike wall of noise certainly made an instant impression on the assembled audience, kicking into high gear almost immediately and rarely (if ever) letting up, blast-beats cascading like blood-rain amidst a churning murk of poisonous atmospherics and chunky gobbets of blood-soaked, riffy dissonance. 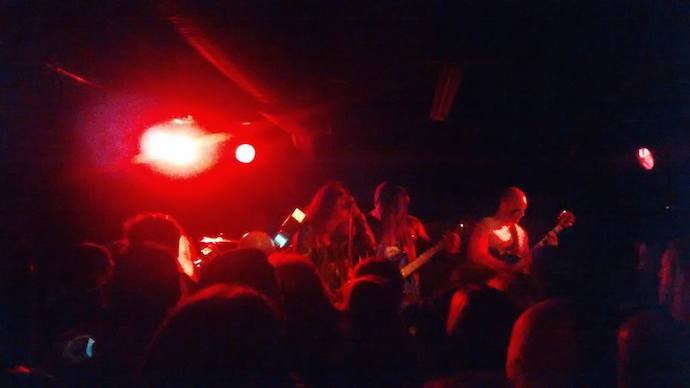 Continuing the Icelandic assault, perennial NCS faves Sinmara stepped up the plate next, and proceeded to knock it out of the park with callous, almost contemptuous, ease. Conjuring a whirling vortex of hellish riffs, many-angled blasts, and warped, deformed melodies – topped off with Ólafur Guðjónsson’s bestial, cavernous bellow – they positively smashed through their set like a rampaging berserker, upping the ante in sickening style. 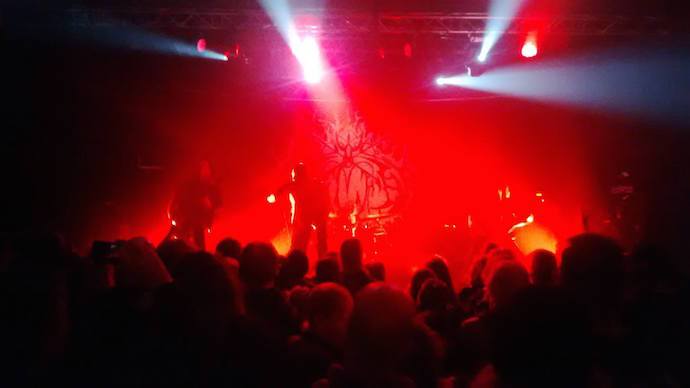 Upstairs in the Vulkan arena – a newly built facility with a capacity of 700, being used for the first time for Inferno Festival this year – Naglfar proceeded to lay out a compelling case for being given the title of “catchiest Black Metal band” in operation today. Their venomous mixture of razor-wire tremolo melodies and big, booming riffs meant every song (a personal highlight being a storming rendition of “Bring Out Your Dead”) came at you like a well-oiled murder machine, locked and loaded with an array of armour-piercing hooks and laser-guided blast-beats.

The night however belonged to the devil’s own spawn, Svartidauði, who (metaphorically speaking) ripped open a portal into some hellish netherscape with their utterly nightmarish brand of Black Metal depravity. Seeing Svartidauði live is like stepping, naked and alone, into a wind-tunnel filled with snakes and razorblades. It’s a veritable whirlwind of scything, scalding, constricting noise and fury that rarely seems to let up – the moments of relative calm amidst the violence and chaos allowing you to fully appreciate the damage you’ve suffered, yet never enough to let you salve your wounds.

For those of you who’ve experienced the band on record, have no fear, they more than live up to every promise made by their album. With their faces hidden, yet their intentions horribly clear, the four masked men (aided and abetted at one point by a certain masked — yet strangely familiar — True Norwegian Black Metal warrior…) engaged in almost an hour of sheer sonic terrorism that left this reviewer more than a little spellbound and shell-shocked.

After finally, coming out of my daze, I left Pokalen to make my way round the corner to Blå, another venue (one which I’ve been to before in fact), which was playing host to the almighty Taake. However, on reaching said venue I discovered a rather large queue outside, as they were operating a strict one-in, one-out policy… probably due to a combination of the fact that Taake are a pretty big deal, but Blå isn’t the biggest of places!

On seeing just how long I’d have to wait (if I even got in at all) I decided that discretion was the better part of valour, and headed home for some much needed sleep in preparation for the coming 3-day binge of extreme metal goodness.

Was I disappointed not to be able to see Taake? A little, yes. But having already had my mind utterly blown by Svartidauði, and having seen Taake before, I think I can live with it!