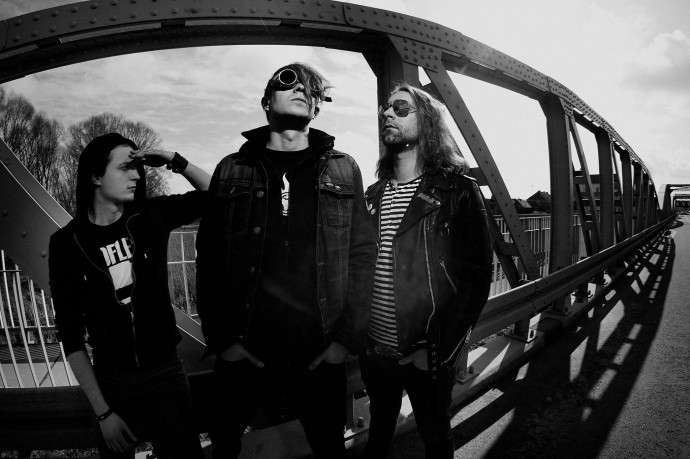 “Well, well, well,” I said to myself, “this little release has all the earmarks of a winner”. First, the band is named The Dead Goats. Second, there’s a song on it called “Festering Boils” (which is a cover of a Repulsion song). Third, the font for the band logo on the EP’s cover looks like Entombed’s (plus there’s a big skull on there). And fourth, there’s a dude in the band’s promo pic who’s wearing goggles.

And that was all without even reading about the music, much less listening to it. The only drawback was the name of the EP — Don’t Go In the Tomb — because I want to go in the tomb! Fortunately, The Dead Goats didn’t really mean that. They seem to have first-hand knowledge of the tomb, and they’re very happy to take you on a guided tour. 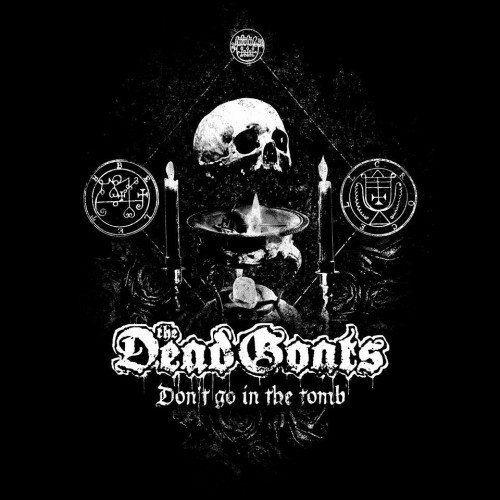 The Dead Goats may be from Poland, but they play Swedish death metal like they’ve been eating, drinking, and breathing it since birth. To be more precise, their style as displayed on this EP is turbocharged, punk-influenced rampaging rather than slow, grisly crawls or melodeath thrashers. And of course it’s anchored by that classic buzzsaw guitar tone and a bass sound that resembles a rock-crushing device.

The title track does begin slowly, with morbid riffs that quickly create an atmosphere of doom and decay — but with a shriek of feedback, a hammer-smash of clobbering drums, and a ravenous howl, the song really takes off, and the band keep that romping tempo going all the way to the end of the EP.

There’s a huge, grinding undercarriage to the music and the guitar leads sound like whirring drill-bits chewing through concrete. The instrumental performances are technically impressive, though without getting anywhere close to what would be termed “technical death metal”; The Dead Goats just know what they’re doing and do it really well. And the high-pitched, abrasive vocals are equally good, sounding like a mix of Tomas Lindberg, Martin Van Drunen, and a pissed-off hardcore punk.

On top of all those good features, the band have a knack for writing really good songs that are tremendously catchy and loaded with powerful grooves. The music is electrifying, and a whole shitload of vicious fun. Highly recommended!

Don’t Go In the Tomb will be released on May 10 by Arachnophobia Records in a digipack CD format (with a 16-page booklet in poster form) and can be pre-ordered here. Enjoy the second track on the EP (“Featherless”) via the Bandcamp player below.

One Response to “SHORT BUT SWEET: THE DEAD GOATS — “DON’T GO IN THE TOMB””